'I had no libido, no periods & no appetite': real-life birth control 'horror' stories 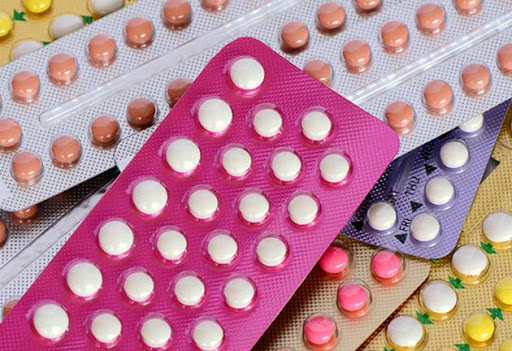 New research suggests that taking the oral contraceptive pill can protect women from certain cancers for as long as 30 years.
Image: areeya_ann/iStock

Sunday Times Lifestyle recently published an article about the side effects some women live with when they start using hormonal contraception.

The article, entitled  'I'd rather have a baby than crazy side-effects': how birth control is failing women featured some personal anecdotes from women we interviewed, but not all of them made it into the paper.

We thought those personal tales were worth sharing, so here they are:

“Triphasil led me to have high blood pressure. That is according to my doctor as I didn't have it before I started taking it. I started gaining weight when I was on Depo- Provera.” – Dieketseng

“Triphasil increased my appetite but [there was] no weight gain. It made me very nauseous towards certain foods and smells. I went on the pill as I needed to regulate my periods and it helped because I knew when it was time for my pain killers. I had the worst period pains and it helped a lot.” – Sanelisiwe

“I had an intrauterine device (IUD) a few years ago after I had my daughter. I went for my three-month check up, all was fine. Six months later it literally just disappeared. I have done dozens of ultrasounds to try and see if it's still somewhere in my body. I obviously worry about what actually happened to it. I'm now on Yaz, I have been on it for over three years with no side effects.” – Nonkululeko

“I tried the pill when I was younger and it didn't last because of the immense rise in blood pressure and the crazy hormonal mood swings. I then tried the injection but not getting my period freaked me out, though some of my friends on the injection love that they don't get their monthly cycle. The injection also gave me the same blood pressure and mood swing issues so I stopped using [it]… I am not an advocate for the pill. Rather use condoms.” – Kirsten

“I went off the pill for half a year and I felt amazing, my period was regular, life was good. I am back on it and my period has been spotty ever since.” – Anna

“I first used Depo-Provera and it was worst [the] thing ever. At one point I had my period for two months straight without it stopping and it was a heavy flow. I gained a lot of weight and just ate like a pig. I then switched to Triphasil and that helped with the menstruation. It went back to normal but I was still experiencing terrible pains. After a while it started making me nauseous and I couldn’t take it.” – Thoriso

“I'm currently on Yasmin and I've been an emotional wreck since I've started it. I feel nauseous every single night after I take it.” – Seo

• READ MORE: Taking the pill can protect women from certain cancers for up to 30 years

“The implant [IUD] was worst decision ever. I had crazy mood swings. I didn’t go on my period for the seven months I had it in. My appetite increased tremendously so I gained a lot of weight. I always had migraines and felt extremely tense. I felt tired every day and my feet were always swollen and my legs felt heavy. I honestly felt like I was dying slowly. Before that I used Depo-Provera: whenever they injected me I would always have bruises that would never go away, it would itch like crazy. I had no libido, no periods and no appetite at all.” – Nomfundo

“First I had tender breasts, which was painful, and dry eyes, which were itchy. Then I tried a different [pill] and I had zero libido and I became depressed. I would only want to wear black, I had zero motivation and I started skipping class at university. I refuse to take the pill ever again.” – Nthabiseng

The TimesLIVE Facebook page was also inundated with comments from women who wanted to share their own experiences. Here are a few:

“I ended up on antidepressants due to birth control… Lack of sleep, painful period pains, thrush almost every second day. Birth control is sooo not worth it. I am married and I am using condoms or coitus interruptus*.” – Elsie

“As a midwife I knew the risks involved in taking contraception but I took Triphasil for two weeks in preparation for vacation and two thereafter and I developed deep vein thrombosis (DVT), I was constantly having emotional breakdowns and mood swings during that period and a week after starting. I have never felt so horrible in my life. I have three kids, I'd rather use non medicinal measures to prevent pregnancy.” – Amandah

“I nearly died after having a deep vein thrombosis (DVT) and pulmonary embolism. I had clots in my legs which dislodged and travelled to my lungs all from Yaz. I want nothing to do with it!” – Nonhlanhla

*also known as the 'pull out' method.