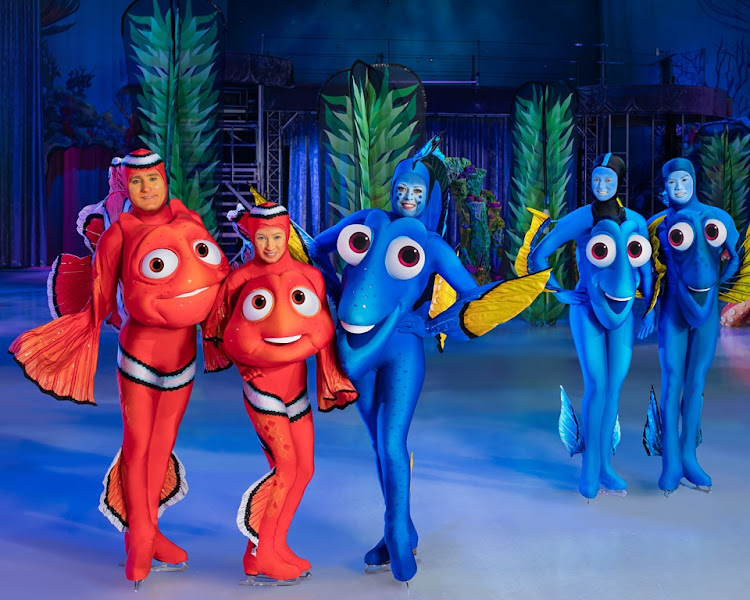 Nemo and friends are just some of the iconic characters you can look forward to seeing at 'The Wonderful World of Disney on Ice'.
Image: Supplied

If your kids just can’t let their love for Frozen go, or if Nemo and friends just keep swimming into their hearts, you’ll want to make sure that you don’t miss the opportunity to treat them to a few hours with their favourite characters at The Wonderful World of Disney On Ice.

Since 2011, The Wonderful World of Disney On Ice has been skating into the hearts of kids across South Africa, and for the first time this year they’ll be visiting Durban, as well as their usual Joburg and Cape Town destinations.

If you haven’t had the joy of attending one of the shows before, it really has to be seen to be believed: a full singing and dancing cast takes to the ice and wows the audience with a parade of Disney hits that span generations.

From the second that the first skater glides onto the ice, it’s easy to become lost in the magic, and by the end of the performance you’ll find your kids hakuna matata-ing their way home.

'Despicable Me 3' is awfully good fun

Perhaps the best part of The Wonderful World of Disney On Ice, however, is that it’s just as thrilling and entertaining for adults as it is for kids.

Accompanying Disney’s new favourites like Elsa and Ana are Walt Disney’s most classic and familiar characters, too: From Micky and Minnie Mouse, to Donald Duck, Goofy, and Pluto, the iconic gang are also all on-hand to walk you down memory lane.

Pixar more your scene? Toy Story’s Buzz and Woody will also make an appearance, inviting audience members both young and old to bask in the joys of childhood games. And if your little one is wild for Disney princesses, they’ll be overjoyed to find all of the favourites in attendance.

To top it all off, the production always ends with an exhilarating parade of characters both new and old, though each years’ cast of magical favourites changes, which means that even if you’ve been before, The Wonderful World of Disney On Ice is guaranteed to present you with a whole new world of adventure and excitement.

• 'The Wonderful World of Disney On Ice' is on until 9 July at The Ticketpro Dome in Northgate, Joburg. The show then moves to Durban's ICC from July 13 - 16, and finally Cape Town's Grand West Casino & Entertainment World from July 19 - 23. Tickets are available at Computicket.