Be 'Grateful' if you don't have DJ Khaled's new album

The biggest letdown of DJ Khaled's latest offering is how middle of the road it is, writes Yolisa Mkele 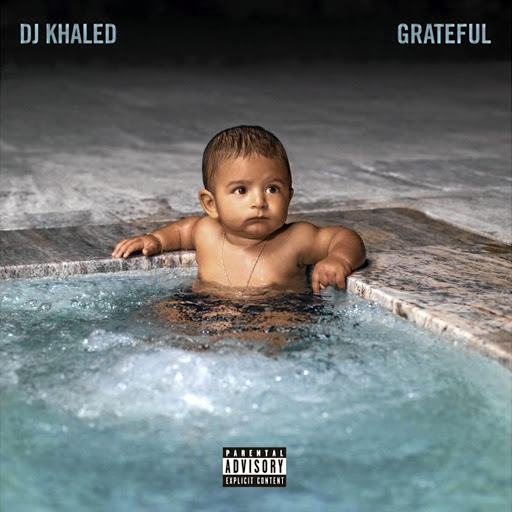 To say that DJ Khaled views the world through rose-tinted glasses is as euphemistic as saying that Donald Trump is an unorthodox president.

If you ask him, he'll tell you he's the best and in a sense he's right.

It is hard to think of many people who have produced a more consistent stream of hits than he has.

The problem is that his latest album, Grateful, is not his best.

What's obvious about it is that Khaled and the album's executive producer, his 8- month-old son Asahd, are profoundly grateful.

The album is bursting with fatherly pride and a son's excitement at making a number one album before knowing how to spell the word "album".

Unfortunately, with everyone being so happy during the album's gestation, the critical appraisal of things like songwriting slips through the cracks.

Obviously no one expects a DJ Khaled album to contain bars about the plight of oppressed peoples or emotional turmoil but one does expect a little better than someone singing the alphabet song over a Jackson 5-esque beat on I love You So Much.

The 10 tracks on '4:44' are the most personal collection of verses ever to spill from Hov’s mouth
Lifestyle
4 years ago

Adding to the disappointment is It's Secured, featuring Nas and Travis Scott. This should be a good combination but the execution is strange.

The beat is a typical DJ Khaled trap beat but Nas, who many consider to be the greatest rapper ever, and Travis Scott are as off-beat as your dad dancing at a twerking competition.

Nas's verses sound as if they were recorded elsewhere and then someone hastily slapped it on top of the beat.

Then there is Wild Thoughts, which samples Santana's 1999 hit Maria Maria. The word "sample" is generous.

If you are so inclined, pull up both songs and play spot the difference. You'll find they are as different as twins with individual fashion senses.

Clearly all the correct legal processes were followed and the appropriate royalties paid, but trying to sell the song as some kind of new hit induces eye rolls.

There are definitely good and even great songs on the album.

Good Man featuring Pusha T and Jadakiss is a skilful piece of storytelling and Nobody and I Can't Even Lie are also fun, but they get drowned out by a track list that is too long.

There is no reason a DJ Khaled album should be 22 tracks long.

Grateful is not a bad album, but there are parts of it that are unnecessary or disappointing.

The biggest letdown is how middle of the road it is.

It was made to tick a couple of boxes and go to number one but by the end of the year we'll have forgotten about it.

If you're looking for a DJ Khaled, pick up last year's Major Key instead.

• 'Grateful' is available on Apple Music.