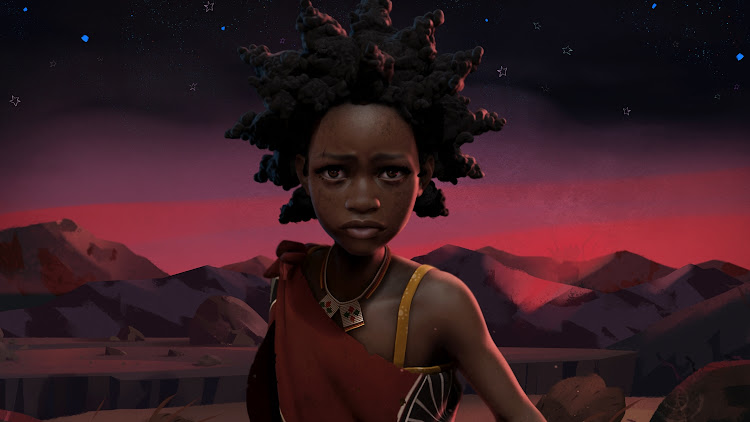 Liyana, the brave, strong character dreamed up by the Swazi orphans, was brought to life by animator Shofela Coker.
Image: Intaba Creative

Liyana received this year’s Best Documentary Award at the Los Angeles Film Festival which is a little ironic. The World Fiction Award might have been more apt for a movie that uses storytelling to enthrall an audience, revealing just how powerful the medium can be.

Then again, the part documentary, part animated story is difficult to classify.

It had its South African premier at the 38th Durban International Film Festival last Saturday, where it is one of just nine films chosen to compete for Best Feature Film Award.

At the core of Liyana are five young orphans who live in a home in the Kingdom of Swaziland. Through story-telling workshops led by Durban-based writer and renowned storyteller Gcina Mhlope, they create a fictional character, a girl their age who they name Liyana.

We the audience watch as the children create their character, a brave, strong child who lives in a modest thatch hut, who is beaten by her drunken father, loses both parents to Aids, and eventually sets out to rescue her younger twin brothers who have been kidnapped by robbers.

Much of the poignancy of the movie is in witnessing the process of Mhlope gently coaxing a story from the children that mirrors the traumas they have been through in their short lives. Swaziland has the highest HIV prevalence in the world - just under 29% of the adult population is HIV positive.

But this is not a movie about Aids; there are no victims in this movie, only the brave and the bold. Whether it be the real-life children climbing trees to scoff ripe mangos or the fictional Liyana crossing a crocodile-infested river with her companion the bull, the parallel narratives demonstrate nothing other than abiding courage and eternal hope.

Gcina Mhlope is a storyteller like few others - and now a story about storytelling featuring the iconic South African is set to hit local screens.
TshisaLIVE
5 years ago

The film moves between the lives of the children and the animated story of Liyana, evocatively illustrated by animator Shofela Coker. The idea, he says was to create a “breathing painting”.

“Early on, we decided that limited animation was part of the key to maintaining the film’s tone,” he said. “We found that this minimal movement served to activate the viewer’s imagination.”

The “we” he refers to are the co-directors/producers, husband and wife team Amanda and Aaron Kopp. Aaron, who grew up in Swaziland, has known the children for years.

“The children come from difficult circumstances and are such interesting and complicated characters. We knew we wanted to make a film about them but it was very important to us to make something that they could be proud of.”

“We eventually decided to use a fictional character because it would allow the children to express themselves freely without feeling vulnerable.

" We hoped this would help them to share their ideas, but on their terms, not ours [and that] the children would just get lost in their imaginations and take us all on a journey.

“The decision to approach the story in this way, combining fiction and documentary, evolved slowly, bit by bit, over time.”

What has emerged is a narrative that is entrancing, uplifting and often very funny.

Several recent German films will be screened at the Durban International Film Festival. Here are four of the best
Lifestyle
5 years ago

Liyana is a unique piece of movie making produced by gifted storytellers who have taken great delight in creating a fantastical story filled with peril, monsters and outlandish challenges.

The inclusion of what is for the children routine and everyday - swimming in the river, herding cows, losing out on the biggest plate of food – has a profound impact when that routine includes taking antiretroviral medication before bedtime, or undergoing an HIV test.

But again, this is not a movie about suffering, nor is there any sense of doom and gloom.

“Those experiences have shaped them,” says Aaron, “but who they are now is so much more than just the sum of their trauma.” 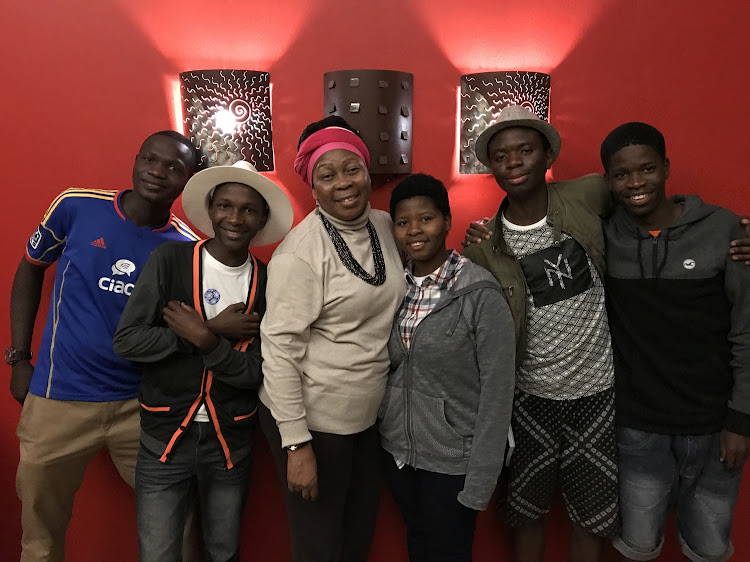 Gcina Mhlope and the now grown-up storytellers who dreamed up Liyana as children.
Image: Intaba Creative

It has been eight years since the filming of the storytelling workshops. The children are now young adults and were present at the opening of the Durban International Film Festival and onstage after the screening.

When asked by a member of the audience what they thought of the film, Phumlani – all the children are only identified by their first names – said: “We are very proud. We feel like heroes.”

• The final screening of 'Liyana' at the Durban International Film Festival takes place on Sunday,  July 23 at 4.30pm, at Ster Kinekor Musgrave.