Have you herd this guy? Ex-shepherd makes cutting-edge electronic music 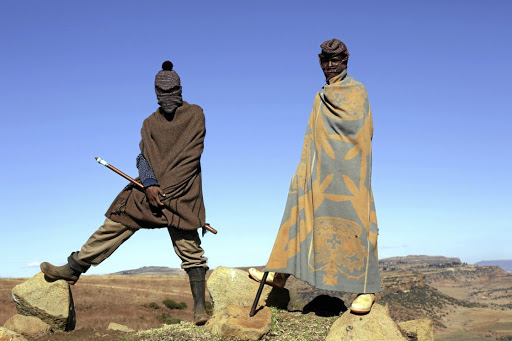 Morena Leraba, left, and a fellow shepherd in the hills of Lesotho.
Image: Sobukwe Mapefane

Growing up in the village of Ha-Mojela in Lesotho, the artist Teboho Mochaoa, known as Morena Leraba, was exposed to a variety of music - kwaito and the traditional music of Lesotho, plus the alternative and rock music his older brother preferred.

"Famo and traditional Sesotho music came naturally from village life. I know the songs on a subconscious level," Leraba says of the music that evolved in the 1920s when Basotho men were migrant workers in South African mines.

''I told Carl McMillan, a filmmaker friend based in Lesotho, that I would one day fuse traditional lyrics with electronic music and he was interested in the project," Leraba says. Through McMillan, Leraba met the Germany-based producer Fritz Holscher in 2014 which resulted in the release of his first single, Bojete.

Leraba's lyrics are rooted in the folklore passed on by older generations and in his experience of working as a shepherd.

"Morena Leraba is an alter ego confined partly by rural and village perspectives; he tells village stories and everyday things from Basotho folklore and mythology, herbalism, witchcraft and other norms that define us as Bantu or Basotho people." 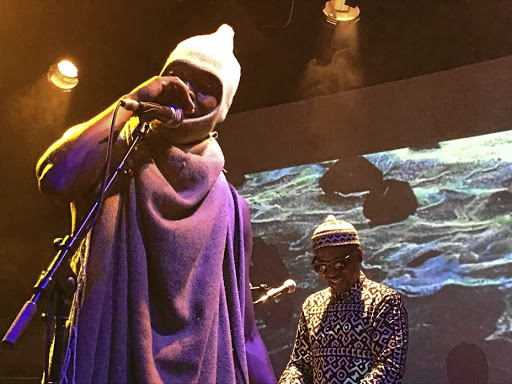 The release of Bojete gained him the attention of Brooklyn-based producer Kashaka, resulting in the single Lithebera.

This led to a collaboration with Brazil's TrapFunk&Alivio alongside Joburg's Mankind on the single Impepho, and put him on the radar of Spoek Mathambo. The two worked together on the track Thapelo ea which featured on Mathambo's 2017 album Mzansi Beat Code.

Leraba's upcoming EP will feature productions by Mathambo, Sibot and TrapFunk&Alivio and sees him working alongside Xitsonga rapper Sho Madjozi.

"With this EP, I'm introducing this fusion of traditional Sesotho lyrics with electronic music," he says.

He's currently wrapping up a five-song EP with Kashaka featuring Mathambo and Manteiga from Batuk, and will be releasing a single with DJ Spoko and Andre Geldenhuys from Fantasma soon.

Next month he'll be performing at AfriSki Winter Festival in Lesotho and preparing for shows in Poland, Germany, Belgium and France. - bubblegumclub.co.za