Based on the book by Margaret Atwood, this series delves into the horror of fertile captives tasked with renting out their wombs 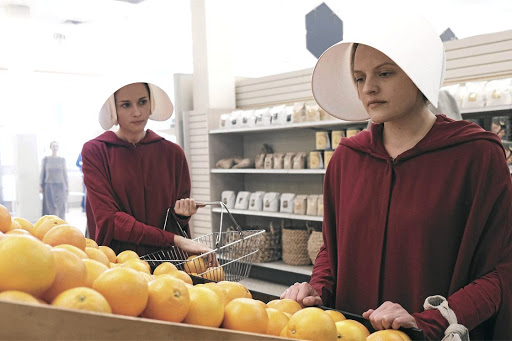 Stick up a paw if you've not read The Handmaid's Tale. (I am typing with one hand here.) Margaret Atwood has hordes of devotees but membership of her cult looks primed for expansion with this commanding new adaptation of her 1985 novel.

It imagines the ascendancy of totalitarian Bible Belters in the US's war-sundered near future, and the art department has gone to town. The world of fundamentalist Gilead - all wood, skies and foliage - has a creepy cleanliness. Its brainwashed coven of young women wear an oppressive livery of russet habits and starched wimples.

Women in series are finally starting to outwit their stereotypes

There's a flood of shows that take women out of the shadows of 'complicated men' and put them front and centre. It's about time
Lifestyle
4 years ago

If there's plenty to look at in the adaptation there's the riveting Elisabeth Moss as Offred, one of a prized minority of fertile captives - handmaids, also known as Marthas - condemned to rent out their reproductive organs to the barren wives of community leaders.

Moss's beaky physiognomy and hawk-like stares might have been custom-made to play a bowed but unbroken woman incubating secret memories of a previous life, with a sarcastic commentary unspooling in her head.

WATCH the trailer for The Handmaid's Tale

For Atwood nerds, there is a fuzzy cameo of the authoress administering a punitive blow.

Purists may do a double take at the news that a second series has been commissioned.

But hey, there's been a ballet, an opera, several plays and a film scripted by Harold Pinter. The more the scarier. - The Daily Telegraph

'American Gods' bosses wanted me to be gross: Emily Browning

Series Review: 'Ozark' is a heck of a ride