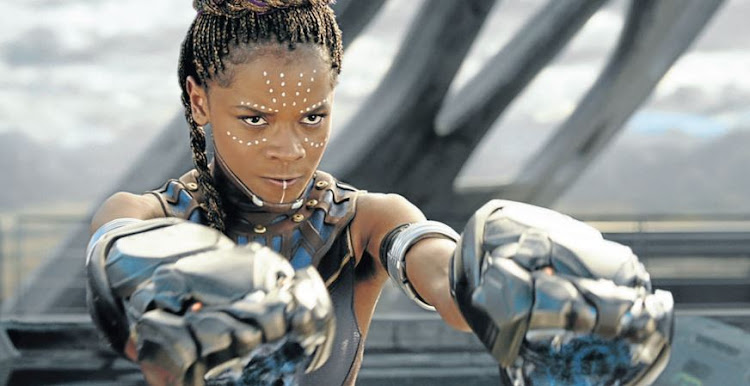 February 16 will bring us a Hollywood depiction of Africa that's not all poverty and disease when Black Panther is released. The Marvel Studios film is set in the fictional nation Wakanda, meant to be somewhere around Lake Victoria. In the teaser trailer, Andy Serkis says Wakanda's Third World image is "all a front".

Marvel describes Wakanda as possessing "technology often more sophisticated than anywhere else on Earth" - its biggest export and richest resource is vibranium, the same metal Captain America's shield is made from.

In an interview with Popular Science, comic-book artist Brian Stelfreeze says of Wakandan technology: "Most of [it] mimics nature because it comes from nature ... Rather than coming from industry, Wakandan tech came from agricultural needs - using organic tech to build machines."

From birth, every Wakandan wears a holographic bracelet called kimoyo beads: they serve the same purpose as cellphones (they can text and communicate) and they store the wearer's medical information.

It's pretty cool that Hollywood will show us a positive, futuristic vision of Africa when Black Panther comes out. The best part is that the Wakandans still embrace their culture (although it's taken from various African cultures, from the Masai to the Zulu, Sotho and Ndebele).

They are as steeped in their past as they are in the future. We don't need to leave one behind to embrace the other.

Mzansi has been shining bright with heavy presence on upcoming blockbuster film Black Panther, but when it emerged that Babes Wodumo, Sjava and Saudi ...
TshisaLIVE
4 years ago

COOL PIECES OF TECH TO LOOK OUT FOR IN BLACK PANTHER

Having been lucky enough to get a preview of Blank Panther, we were seriously impressed by the tech developed by Shuri, the superhero's sister, in an uber-cool lab filled with booming gqom music.

Some of the tech pieces that turned us into gawking geeks were:

Black Panther's suit sports technology that uses the energy from the impact of bullets, a blow or a kick to "charge". That stored kinetic energy can then be used to emit a serious power surge in retaliation.

What's a superhero to do when he's too busy kicking ass to steer his own car? Whether it's an aircraft, or a car, placing a little shark-fin-looking device on a vehicle enables a simulated version of it and its surroundings to appear in Shuri's lab so she can take control.

These gadgets look like shield-shaped holograms and emit a impenetrable force field giving the Wakandan army a serious advantage on the battle field.