Rejoice: 'Ray Donovan' is back for a 5th season on M-Net 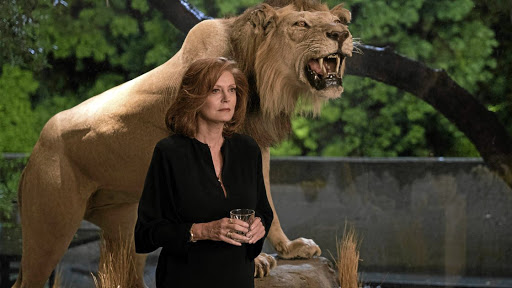 If you thought Bell Pottinger was the dark side of public relations, consider Ray Donovan. That is, if you're new to this acclaimed and award-winning drama series now returned to M-Net for a fifth season.

An increasingly impressive Liev Schreiber is the title character, the manager of a small, "sort of" PR agency in Los Angeles. His clients, some likable, others less so, are drawn from the spoilt legions of the Hollywood elite.

Ray's job, however, is to keep them out of the news. He's a "fixer" dealing with the sort of career-limiting problems you and I will probably never have to deal with. Like waking to find a dead prostitute in your hotel bed, or a blackmailer who has stumbled across your collection of compromising home movies.

But Ray's good at it. An Irish-American with a rough South Boston background, he's an outsider in La La Land, and icily indifferent to the peccadilloes of those whose messy affairs he must tidy. You could call this a professional detachment, but it's more like contempt.

Ray, however, has problems of his own. His low-life father, Mickey Donovan (Jon Voight), is a small-time crook who, after early release from prison, has re-entered his son's life, hoping to strike it rich in Los Angeles.

Ray's wife, Abby (Paula Malcomson), continues to support her husband despite the extraordinary and years-long abuse she suffers in the marriage. Abby at first seems wholly unaware of the true nature of her husband's work, but not his various infidelities. For his part, Ray is devoted to their children, Bridget (Kerris Dorsey) and Conor (Devon Bagby).

He's just as devoted to his brothers. The older, Terry (Eddie Marsan), is a former boxer now suffering from Parkinson's disease, and the younger, Brendan or "Bunchy" (Dash Mihok), identifies himself as a "sexual anorexic" who was abused by a priest as a boy.

The fifth season kicks off on an extraordinarily dark note, and it comes as a shock, especially after the upbeat finale of the last season. A tragedy has struck the Donovan household - to say more would spoil things - and it soon becomes clear that there are problems that even Ray cannot fix.

In fact, I can't imagine how anyone coming "cold" to Ray Donovan would make much sense of what unfolds in the first episodes here. Neophytes are directed, then, to Netflix, where the first four seasons are streaming. Best clear the next few days and catch up in a massive binge.

This series is a tangled web of emotions and intrigue, writes Andrew Donaldson
Lifestyle
3 years ago

Ray's big client this season, it would appear, is ageing Hollywood studio executive Samantha Winslow (Susan Sarandon). From the outset she makes it clear that she's not about to be shoved aside and "fed to the lions" to keep the rest of the village happy. How this particular arc will develop we can only guess, for her appearances in the first few episodes are brief.

Elsewhere, Ray's seeing an anger management counsellor (C Thomas Howell); his father Mickey's trying to make it as a screenwriter, and resorting to thuggery to get his script read; Bunchy's deeply involved, thanks to his wife, with Mexican wrestling; Terry's about to marry his cop girlfriend, which he hopes will distance him from his criminal past; and daughter Bridget's headed back east to find out a little more of her family's working-class roots.

Initial expectations, then, are that the Donovan family dysfunction will be foregrounded this season, and not so much the hard-boiled "hoodlum" business that has made this series such a personal favourite.

But it's early days yet and, given the family's Irish Catholic roots, salvation of sorts may be at hand.

• This article was original published in The Times.