Are there blind spots in Zeitz MOCAA's permanent art collection? 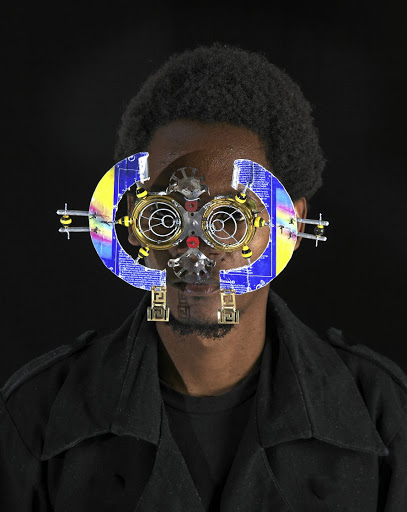 Cyrus Kabiru's 'Macho Nne 07' is on show at the museum.
Image: Supplied

The much-anticipated public opening of the R500-million Zeitz Museum of Contemporary Art Africa on Friday is the culmination of an ambitious building project conceived by the V&A Waterfront and led by celebrated UK architect Thomas Heatherwick.

The museum, which occupies a former grain silo and offers visitors 80 exhibition galleries spread across seven floors, is Heatherwick's first art museum. The new building hides its innovation inside.

His key design intervention is a cathedral-like atrium, which local contractors carved with diamond ropes into the vertical concrete tubes that once housed grain. The shape of the towering atrium was modelled after a single mealie grain, a smart evocation of the building's history.

"Normally, we are used to the outside of buildings being compelling, captivating, photography-worthy, and interiors don't tend to do that," said Heatherwick.

Last weekend Heatherwick's building formed the backdrop to two fundraising dinners to support the bare coffers of the new museum, which is privately funded and largely dependent on takings at the entrance (R180 a visit).

Ignoring the eye-watering R70,000 price for a seat, artist Beezy Bailey decided to gate-crash the Friday event - and was promptly evicted. Bailey's telling of events was a trending meme at the weekend.

Though much news coverage has focused on Heatherwick and the art installed inside his new museum, Zeitz MOCAA's function within the Waterfront's harbour-side development has largely been ignored.

The museum, which focuses on 21st-century art from Africa and its diasporas, forms part of a redevelopment scheme initiated by the Waterfront's management team in 2009. The aim of the project is to connect the far-flung mall, which attracts 24 million visitors annually, to a rapidly gentrifying lower city. From the get-go the art museum was its centrepiece. 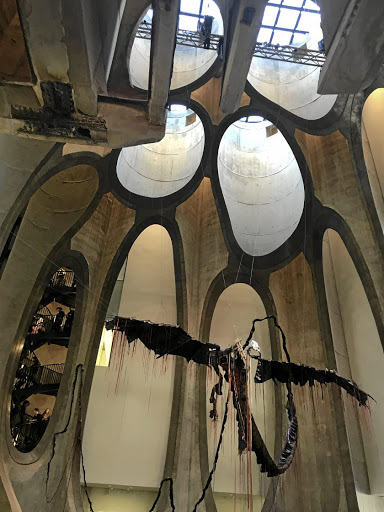 "We heard Jochen and his curator, Mark Coetzee, were looking for a home for the Zeitz Collection, which they had been building with a view to being housed in a museum. We signed our joint venture in November 2013."

In a February 2014 press release the Waterfront described Zeitz's collection as "the most extensive and representative collection of contemporary art from Africa".

It said his collection had been "gifted in perpetuity" to the museum bearing his name.

There's been a measure of back-pedalling since.

"If we misled, we apologise," said Green last Friday. "It is a 20-year loan or Zeitz's lifetime, whichever is longer. Jochen is a young, fit 53-year-old, so we are hoping it will be longer than 20 years."

The pre-emptive opening of the museum to press and VIPs also cast some doubt over the scale and importance of Zeitz's collection.

IN PICTURES: Inside Zeitz MOCAA, the museum everyone's talking about

Coetzee has repeatedly emphasised his museum's mission is to collect "the most important, seminal objects, installations, moments that are happening right now", as he put it in 2013.

The paintings by American Kehinde Wiley and Congolese Chéri Samba are, at best, second-rate examples. 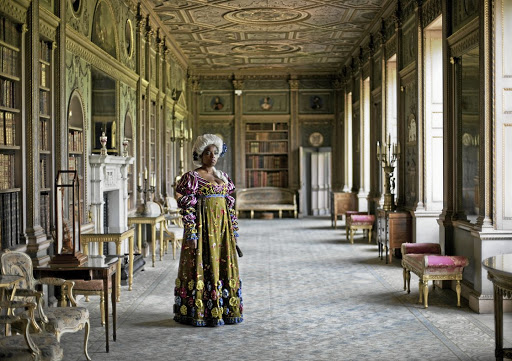 A still from Yinka Shonibare's performance piece 'Addio del Passato' is on show at the museum.
Image: Supplied

Neither Green nor Coetzee are willing to reveal the size of Zeitz's collection.

A museum curator in July told me it totaled more than 1,000 pieces, which, if true, represents a tenth of Italian collector Jean Pigozzi's Contemporary African Art Collection.

The museum, which occupies its space rent free, is also unwilling to disclose its operating and acquisition budgets.

It is well known that the museum has been pressing galleries and artists for donations towards its permanent Zeitz MOCAA Collection, which totals between 300 and 500 pieces.

"It's a new institution," said Green. "We have a track record of nine museums, the biggest being the aquarium, which has 500,000 paying guests annually. We're hoping to get maybe 200,000 paying guests at the museum. The Waterfront will back this project and we will find the business model."