American writer and activist, the late James Baldwin, is brought to life through his own words in this remarkable documentary 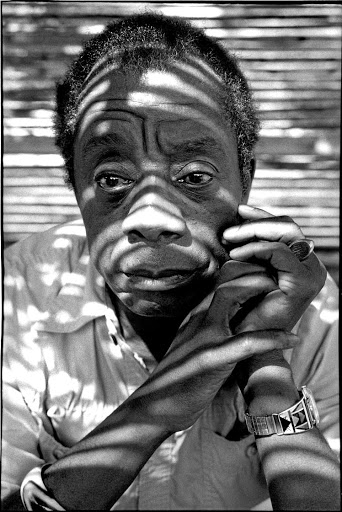 Of all the writers who approach the difficult problem of race in the US in their work, none has enjoyed the continued popularity and had such a great influence on current writing on the subject as James Baldwin, who died in 1987.

Haitian director Raoul Peck vividly brings Baldwin to life through his own words and through access to an extensive archive of his television and public appearances during his life.

I Am Not Your Negro is a patient, refreshingly thoughtful and provocative masterclass in giving audiences a picture of its subject that avoids hagiography.

The documentary uses Baldwin's unfinished attempt to examine the lives and deaths of three central figures in the struggle for civil rights, Medgar Evers, Malcolm X and Martin Luther King, all of whom Baldwin knew personally. All three were killed by bullets, stopped too soon in their tracks from continuing the struggle.

The 30-page manuscript Remember This House, as well as extracts from other works by Baldwin, is read in reserved but urgent tones by Samuel L Jackson. This provides a skeleton onto which Peck hangs a multifaceted examination of how Baldwin's assessment of the world in which he grew up and became a writer continues to be prescient for the current state of the US's attitudes to race.

In particular Baldwin's writing on the representations of black Americans in the cinema of his youth provides a strong case for his argument that racial ideas are a means of ''othering", reinforced through cultural representation.

Ultimately, Peck creates a continuation of the arguments Baldwin didn't live to make by inserting footage from Ferguson, where Michael Brown, an unarmed black teenager, was shot and killed on August 9 2014 by Darren Wilson, a white police officer.

WATCH the trailer for I Am Not Your Negro

Peck brings to our urgent attention the failure of Americans to deal with race.

It's not an easy film to watch, but it is a story that should be told because it intelligently explores issues raised in familiar footage of the current race battles in the US.

The film also confirms the relevance of Baldwin's legacy. Peck has made a thoroughly provocative and engaging film about a remarkable man, but he has also created a film that confronts issues that will continue to resonate long after the credits have rolled.

• 'I Am Not Your Negro' is on at The Bioscope Cinema, Maboneng, Johannesburg, from today until Thursday October 12. To book go to tickets.tixsa.co.za

Which social discourses would Biko immerse himself in today?

On Tuesday it will be 40 years since Steve Biko died, naked and alone, after being tortured by apartheid security policemen. His son pays tribute to ...
Opinion & Analysis
4 years ago

Largely unsung in an ANC-dominated political landscape, Defiance Campaign hero and PAC leader Robert Sobukwe has been honoured by the University of ...
Opinion & Analysis
4 years ago

Veteran actor Sello Maake Ka-Ncube has detailed some of the internal conflicts he's endured as an actor and remembered a time in his career where his ...
TshisaLIVE
4 years ago