Photographer submerges himself in effects of climate change 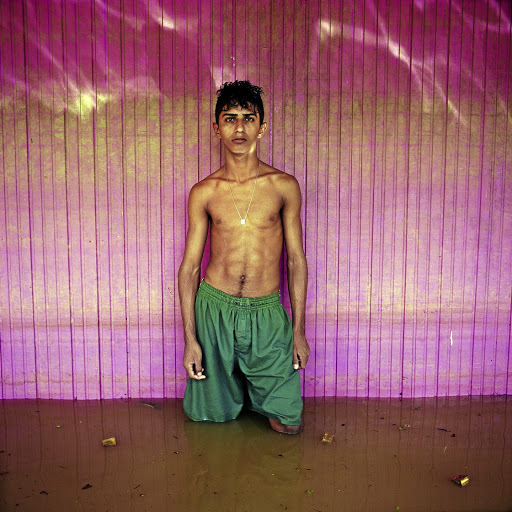 Gideon Mendel, the South African-born photographer who now lives in London, will show his 10-year-long photographic project recording the effects of flooding on ordinary people around the world at the Wits Art Museum in Johannesburg this week.

Drowning World is anchored by a series of portraits of people in flood zones, submerged in the waters that have shattered their lives from Haiti to Nigeria, the US, the UK and South America.

It has been shown around the world including New York and Paris but this will be the first time that Mendel has brought the work to his home town.

In 2007, while photographing floods in the UK (and with young children of his own), Mendel recalls: "I was thinking about the future and the lives they'd have when they're my age and I began to research climate change and got a sense of the threat. I wanted to make the imaging of climate change much more visceral and direct."

He adds that his work as a photographer was shaped by his job as a photojournalist on the politically tumultuous streets of 1980s Johannesburg. He has always being "compelled and drawn to react to social issues".

While the Submerged portraits have continued to provide the central visual narrative of the series, they're accompanied by other series of photos which reflect more abstractly the effects of floods on people - showing the physical marks of flood lines within the intimate spaces of homes, and a further series of work which records the effects of water on the personal photographs of occupants.

Memories are indelibly marked by the deluge - like their subjects, forever changed by the experience.

While he doesn't want the work purely to be seen within the context of climate change activism, Mendel admits that the experience of photographing in so many flood zones over the years has probably turned him into more of an activist than he's ever been.

He adds that his age has had an effect on his work. "I'm not far off 60 but I feel invigorated and angry about all the shit that's happening in the world and I'm ever more keen to use my skills to both say something and do something in the world."

The Svalbard Global Seed Vault in Norway was designed as an impregnable deep freeze to protect the world's most precious seeds from global disasters ...
Lifestyle
4 years ago

As a witness to the destruction and loss of income and shelter that floods have wreaked on his subjects, Mendel admits feeling a certain sense of responsibility to tell their stories.

He recounts the story of Florence Abraham, a baker in Nigeria who had "lost everything in the flood - she had no insurance, she'd lost her ovens, her kilns, her flour supplies - everything was destroyed and I photographed her. She'd employed about 20 people who were now unemployed and she also had about another 30 people who distributed her bread and the wouldn't have any income. It was a massive disaster.

"She was very present when I was photographing her and that's perhaps my favourite portrait in the series. 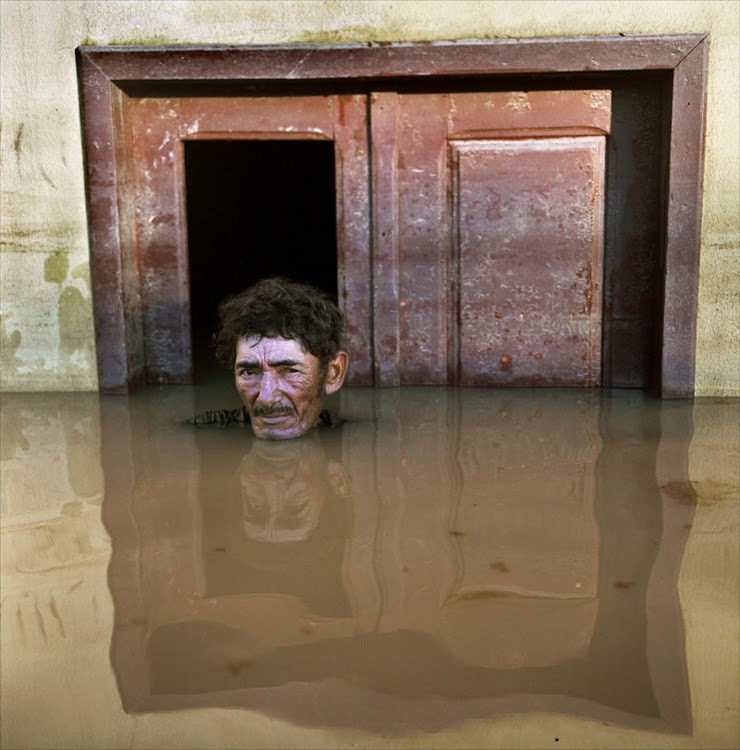 "When I was finished shooting the video and the portrait I tried to give her money and she wouldn't take it. She said: 'I don't want your money. I want you to show people what's happened to me'."

Mendel is curious about the response South Africans will have to his work.

"With the toxic dialogue about race here, I'm interested to see what effect my depiction of so many cultures and people from around the world will have.

"There's a sense of universal, tragic vulnerability in something that's shared across barriers of all kinds."

• 'Drowning World' opens at the Wits Art Museum at 6pm on Tuesday, October 17.