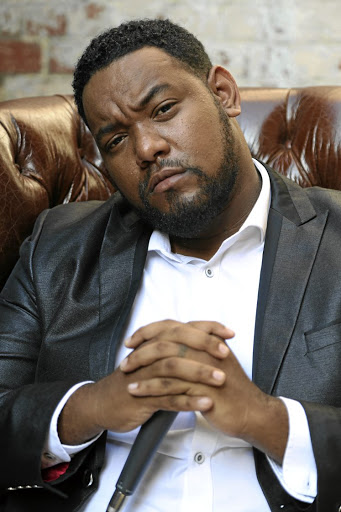 Carvin H Goldstone is a tonic, a soothing balm for the raw rump of South African angst. In a country weighed down by gangsta woes, we crave levity.

Carvin H provides it as an effortless comic in the vein of Robin Williams, Billy Connolly, and Trevor Noah.

He doesn't really have to say much. It's in his eyes, the intonation of his voice, his inimitable expressions and utterly fluent style. A smile, a shrug and a well-timed pearl and you are guffawing.

Last week he had a mixed-race audience of mostly middle-aged South Africans cackling away at Lucky's Bar.

Lucky's is groovy. You can't go wrong with a name like that. It's a casual spot above a hairdresser and a Pakistani barbecue - not too far from a flophouse on Durban's Lilian Ngoyi (Windermere) Road.

It's a bit like the bar Cheers made famous on TV, only a bit seedier. But I'm a great fan of a dive with a vibe.

On the face of it, Lucky's is a challenging comedy venue: cramped, full of pillars, a small stage, and half the joint perched on a balcony. And it works perfectly.

You can wait a bit for a beer, but the affable and apologetic hosts make you all the more forgiving.

Or maybe it was just the groove engendered by Carvin H and his merry men. The chuckling and chortling of the audience had everyone at ease.

Stand-up comedy can be torturous. You sometimes cringe.

Amid the gloom, the Goliaths keep launching new comedy clubs

The Goliaths are the comedy industry equivalent of a Kardashian and Patrice Motsepe love child: sexy meets business savvy.
Lifestyle
3 years ago

The humour tapped into the zeitgeist. It was raced-based and playfully unpacked stereotypes. Lots of digs at okes from Asherville and the Bluff, but pitched just right.

Cathartic laughter and cold beer washes prejudice away - if the mood is right, of course. In the wrong setting the jokes are cruel and the cackling unkind and things can go seriously wrong.

Not so at Lucky's - Comedy Thursdays is a good-natured gig, and the food looked and smelt sumptuous. A steady stream of shisa nyama mixed grill and Durban curry rolled out of the kitchen while the comics fed our souls.

• This article originally appeared in The Times.