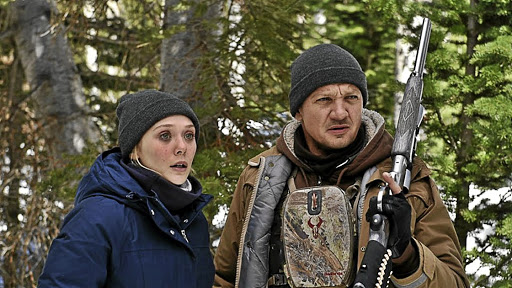 Following the acclaim for writing Texas noir Hell or High Water last year, Taylor Sheridan has turned in Wind River to the cold, inhospitable bleakness of Wyoming in his directorial debut, a poignant and moving story of life on the margins of the US.

Jeremy Renner plays Cory Lambert, an expert tracker in the employment of the Fish and Wildlife Service who is called in to dispose of predators on the farms of Wyoming. Lambert is also a divorcee, the ex-husband of a Native American woman with whom he shares a tragic burden that both are struggling to overcome.

Movie Review: 'The Mountain Between Us' is a plane crash of a film

Shot in Canada in freezing conditions, the scenery is the only authentic thing about Idris Elba and Kate Winslet's romantic survivalist drama
Lifestyle
4 years ago

When a young woman goes missing on a Native American reserve, Lambert is tasked with assisting FBI agent Jane Banner (Elizabeth Olsen) in the investigation. As the duo make their way through the underbelly of this cold, windswept life lived on the edges, tainted by economic deprivation and despair, we're offered a hard-hitting and sobering portrait of the reality of the expanses of the US.

It's carefully controlled, atmospheric and sparse, but beautifully photographed and superbly acted tale of communities living on a frontier that is brutal and hard to survive in. Although it may be criticised for its focus on the still shameful treatment of Native Americans through the eyes of two white characters, Renner's complex performance as a man straddling the boundaries of two worlds keeps the film on solid dramatic ground.

It's certainly tersely thrilling and there's plenty of violence on screen, but it's all handled with an assured sense of dramatic tension. Life in the mountains is chilly, lonely and difficult.

Wind River shows us the emotional toil the struggle for survival takes on those who stick it out. That may not be an uplifting takeaway but it certainly feels, in Sheridan's hands, to be an undeniably true one.

• This article originally appeared in The Times

Said to be impossible to turn into a film, 'Gerald's Game' is edge-of-your-seat viewing
Lifestyle
4 years ago