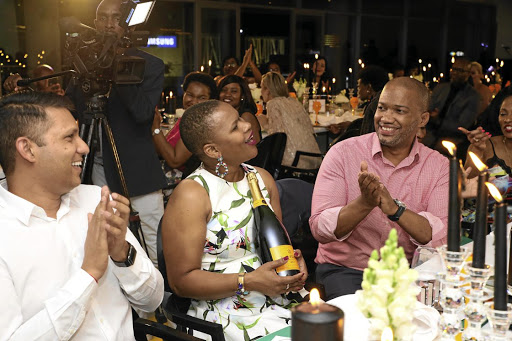 Amanda Dambuza is the founder and director of Uyandiswa, a consulting company she formed four years ago and which today employs more than 70 people.

Last week she won the prestigious Veuve Cliquot Elle Boss Award that celebrates women who have made a significant contribution to business life in South Africa.

Dambuza impressed the judges with her commitment to creating opportunities for other women in business, her confidence and ability to inspire others.

In fact, she spends a lot of her time mentoring women in how to achieve the best in their lives and helps them navigate the difficult corporate environment.

Last year's winner, Linda Mabhena-Olangunju, the managing director of DLO Energy Resources, a wholly black female-owned investment and advisory company, said at the awards: ''The focus on female entrepreneurs goes a long way in creating the impression that smart girls are cool. Get up on stage and make a ridiculous pronouncement because whatever you say you're going to do, you have to achieve it once you've made the statement in such esteemed company." 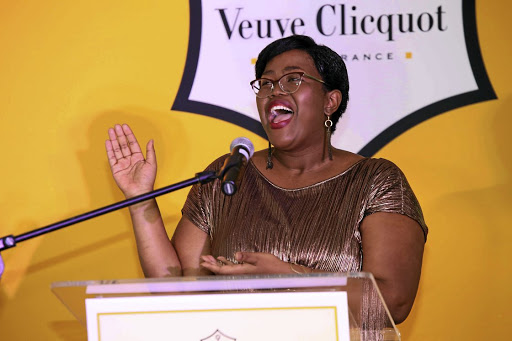 Since winning the award last year, DLO Energy Resources has developed two wind farms with the joint capacity of 244MW located in De Aar in the Northern Cape. The two are among the largest wind farms being developed on the continent.

''There is a low level of recognition of the efforts of women in business and entrepreneurship," said Dhlomo. ''These awards give exposure; they give awareness; they give contacts and help smooth the path."

The judges looked for qualities which included, among others, the idea that a leader's vision should be bigger than herself and that her goals should go beyond benefitting just her alone. They were also looking for business leaders who invested in the people who ran their businesses.

Dambuza grew up in rural Transkei. Growing up, she was told that she was a mistake because her parents had wanted a son.

''My mom still calls me 'boy'," she said. ''She's still regretful of what could have been."

Four years ago she founded her own company and left the corporate world with ''nothing but my own self-belief. I had no plan B and I plan to never have one," she said.

Behind every strong woman is another one: Nandi Dlepu fosters female camaraderie

Inspired by those around her in the creative industry, Nandi Dlepu is breaking new ground with BLOOM, the conversational platform that aims to ...
Lifestyle
4 years ago

Dambuza dedicated her award to every woman prepared to push the boundaries and all women working hard out of the public eye.

''Behind every leader is a conglomerate of people willing to make visions sustainable," she said.