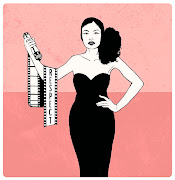 Image: Keith Tamkei Woman need to stand up for - not shame - each other.

We've had it up to here with Harvey Weinstein. If scandal be the food of news, the mass appetite sickened at about victim 50 and died long before victim 100 made her claim against the monster mogul.

The sex-pest saga spread from Weinstein to Westminster to Wagga Wagga as women previously too ashamed or polite to speak out found the courage to stand up to bullies, gropers and rapists. Prominent figures were crushed under the wagon wheels of shame.

No one is quite sure where the tipping point occurred, but one day gasps of horror turned into yawns of boredom. Heard-it-before apathy is inevitable in our data-fogged world; what was unexpected was the vicious backlash from other women. Folded between outpourings of sympathy were mean-spirited attacks suggesting that victims of abuse are just looking for attention, probably brought it on themselves, and should man up.

SWIFT (Sisters Working in Film and Television) is an advocacy group formed in 2016 with the aim of protecting women in South Africa's entertainment industry.

"The Weinstein situation has amplified what we've been dealing with for the past year," says screenwriter and producer Nompi Vilakazi, one of SWIFT's founders. "Women weren't always sure what kind of behaviour constitutes sexual harassment ... [and] they have not had a place to report these incidents, which is why a policy is necessary."

Draft policy now exists in the form of a "Respectful Workplace Policy & Code of Conduct" drawn up by legal consultant, film producer and SWIFT member Zoe Chiriseri-Ramushu and endorsed by the National Film and Video Foundation. The plan is to make it legally binding on all South African film and TV productions.

Chiriseri-Ramushu says defining sexual harassment was one of the biggest challenges in drawing it up. "It was really important to have a definition that covered ... any conduct that is unwarranted, because essentially you are telling someone whether their gut feeling is correct or not.

"The code provides for formal and informal reporting because there are different degrees of sexual harassment, but nothing is too small to be put on record."

Adrian Galley, vice-chairman of the South African Guild of Actors, strongly endorsed the proposed code, saying: "In an industry such as ours, with its scant regulation, discriminatory gatekeeping practices, unstable employment tenure and contractual inequities, abuse will continue to flourish unchecked in the absence of a code of acceptable conduct."

South Africa's biggest film school, AFDA, is trying to bring about change through education. "We address this issue as part of our curriculum," says Henriette de Villiers, dean of AFDA's Johannesburg campus. "It is important to us that young students do not see themselves as potential victims but as adults with rights and responsibilities."

Moonyeenn Lee, founder of South Africa's most successful talent agency, says: "It would be World War Four if someone tried to harass or abuse one of my actors."

For those without agent representation, however, the world is a scary place.

"There's a lot of desperation in the industry. Young people are naive and desperate and that makes them vulnerable. They will put up with anything, do anything," says Lee, who thinks the proposed code is exactly what is needed.

The incidents anonymously reported to SWIFT range from rape to subtle verbal abuse. There was the extra who was offered a lift home by a senior crew member, only to find that he expected a physical favour in return if she didn't want to be abandoned in a dangerous area after midnight.

Then there was the cameraman who gave his camera the same name as a woman on set and spoke to it in explicit terms. When the woman complained he said: "I was just talking to my camera; that's her name."

During 16 Days of Activism, SWIFT will present its code of conduct to industry stakeholders and post short films on YouTube under the #ThatsNotOK hashtag.

Every woman will identify with the extreme discomfort of a woman who tries to fend off a sleazy bully (her boss, in this case) by keeping a polite distance. When he finally gets the message he says: "But you can't blame a guy."

Actually, you can. You can also blame women who do not stand behind their sisters in putting an end to this perfidious power play.

"Part of the code says that companies must encourage reporting of incidents by witnesses," says Chiriseri-Ramushu. "If you see something, don't keep quiet."