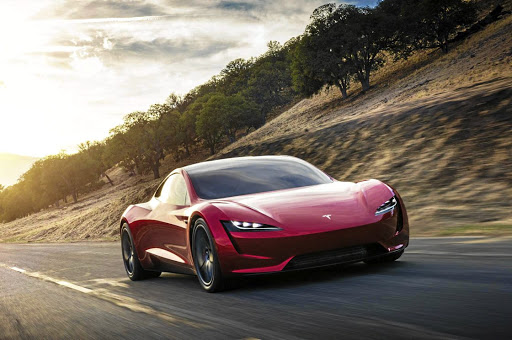 The Tesla Roadster is pure poetry in motion.
Image: Supplied

Last decade the late Apple CEO Steve Jobs was the undisputed master of the great on-stage product reveal. From the iPod to the iPhone, the items Jobs unveiled upended entire industries, created new ones, sold tens of millions of units globally and swelled Apple's cash vaults to Scrooge McDuckian proportions in the process.

This decade Elon Musk's periodic announcements - from re-useable rockets at Space X to renewable energy at SolarCity to his high-speed rail alternative, the Hyperloop - are proving the great industry disruptors. But these are not consumer goods businesses and the one that most resembles one, the Tesla car company, faces cash-flow challenges and sells so few units that in Appleland it would resemble little more than a rounding error.

Viewed from South Africa, Tesla is no less fascinating, but far more fantastic, in the mythical sense of the word. The company's showed no signs of plans to bring its wares - whether its cars or its enormous battery packs - to the local market, and the combination of limited infrastructure for electric vehicles and Musk's open disdain for the land of his birth doesn't suggest we'll get a look in any time soon.

Thankfully, none of that really matters, though. The changes Tesla is expediting in the transport sector are going to benefit us regardless.

Elon Musk, South African-born CEO of Tesla, unveiled a surprise new vehicle this month - a roadster that he said would be the "fastest production car ...
Lifestyle
4 years ago

Less than a fortnight ago at the company's design studio in Hawthorne, California, Musk unveiled a fully electric truck that he claims will do 1.6 million kilometres before it needs replacing, has regenerative brakes that means its brakepads never need replacing and can do 800km on a charge. Moreover, it can manage 400km from half an hour's charge with the new Megacharger unveiled at the same time.

That alone ought to be enough to get your attention. Trucking may not be sexy, but it's essential and it's a part of the sector Musk refers to as "terrestrial transport" that's ripest for upheaval. Musk isn't the only one looking to change it, though. Volvo, Daimler Chrysler and others are also looking at both electrifying and automating their trucks.

The Tesla truck was billed as the star of the show, but that was all part of the pantomime.

The real show-stopper was the new Tesla Roadster that rolled out of a trailer and straight into the headlines of every tech and motoring publication on earth.

If those numbers mean nothing to you it's the first and last you should focus on. McLaren, Ferrari, Lamborghini, Bugatti, Porsche and the like all struggle to make cars that can do 0-100km/h in less than 2.7 seconds. And those that come close tend to cost five times what the Tesla Roadster will. Meanwhile, no one else has managed a fully electric car with a 1,000km range. 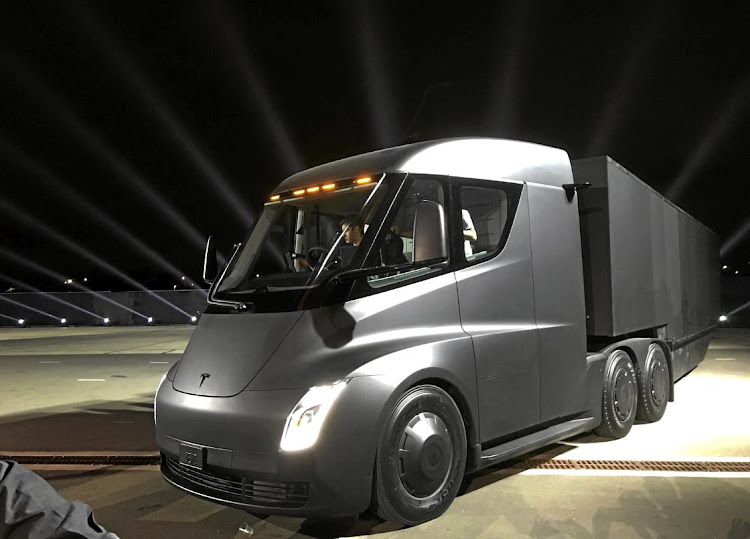 The Tesla Roadster will be the fastest production car when it comes to market, assuming no one else gets a faster one onto showroom floors first, of course. Because the Roadster isn't scheduled to actually arrive until 2020 and with Tesla's track record of routinely missing its own production deadlines, rivals are likely to have even longer to best its new posterchild's vital statistics.

Even though we may never see a Tesla Roadster (or truck) on South African roads, the motivation it has given rival car makers to make their electric options compelling and get them to market in a hurry means we'll soon have plenty of better-looking, more potent and more desirable vehicles to choose from that only require a trip to the socket not the petrol station. Plus, we may actually be able to afford some of them.

• Craig Wilson is the editor of consumer technology publication Stuff magazine and a speaker and industry commentator.

Fully-automated driving begins to take shape in the Lexus LS500

Bruce Fraser gets a preview of Lexus's new flagship sedan, which will be landing in SA in 2018
Lifestyle
4 years ago

Think of your petrol-guzzling car standing in your garage all night while all the world is sleeping. Now‚ imagine in that same garage an electric ...
News
4 years ago

Diesel to dust: a brave new world of electric motoring is fast approaching

From what's in the tank to who's in the driving seat, Thomas Falkiner speculates of the future of motor industry trends
Lifestyle
4 years ago