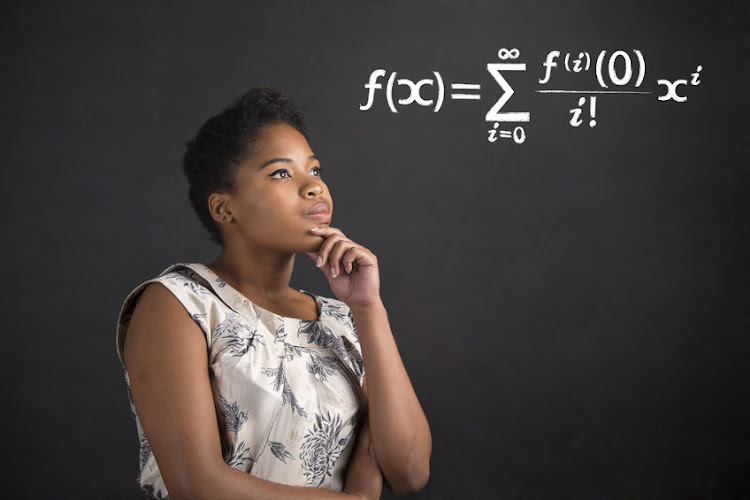 In South Africa girls tend perform better in mathematics than boys in primary school, according to a new study.
Image: 123rf\ Alistair Cotton

Females do outshine boys at school and at university‚ a study at Stelllenbosch University has found.

“On average girls actually do better than boys. They learn to read much quicker than boys do (which is true of pretty much all middle- and high-income countries). In South Africa girls also perform better in mathematics‚” say doctors Nic Spaull and Hendrik van Broekhuizen from the research group on Socio-Economic Policy (ReSEP) in Stellenbosch University’s Department of Economics.

Their study titled The ‘Martha Effect’: The compounding female advantage in South African higher education was published recently in the Stellenbosch Working Paper Series of the Department of Economics and the Bureau for Economic Research at SU.

The researchers looked at large nationally representative surveys from 2011 and 2015 which show that by Grade 4 girls are a full year of learning ahead of their male peers in reading and by Grade 5 about 40% of a year of a learning ahead of boys in mathematics. However‚ by matric this has reversed and boys do better than girls in maths and science in matric.

The researchers then looked at whether or not this female advantage continues into university.

“We found strong evidence of a large female advantage that continues to grow at each hurdle of the higher education process. To be specific‚ relative to their male counterparts we find that there were 27% more females who qualified for university‚ 34% more who enroll in university‚ 56% more who complete any undergraduate qualification and 66% more who attain a bachelor’s degree. This despite there being roughly equal numbers of boys and girls at the start of school.”

The researchers say another striking finding is the very large drop-off from Matric to degree attainment.

“We found that this large female advantage remains after controlling for school-level performance‚ and exists for all subgroups of race‚ age‚ socioeconomic status‚ province of origin and institution attended.”

The researchers point out that this is not because females choose ‘easier’ fields of study than males.

“However‚ this is almost entirely because they do not access these traditionally ‘male’ programs rather than due to lower completion rates once they are in. Only in Engineering and Computer Science do girls do worse than boys once they are accepted to the programme.”

Females are 20% less likely to dropout than their male counterparts

The researchers add that one of their most interesting findings was that females are always and everywhere 20% less likely to dropout than their male counterparts (including in traditionally ‘male’ fields like Engineering and Computer Science)‚ even after controlling for field of study‚ race‚ age‚ socioeconomic status‚ location or institution.

And this isn’t just a South African phenomenon‚ say the researchers.

“The emergence of a female advantage at school and at university is a global trend among middle and high-income countries. In the 33 countries that make up the Organization for Economic Cooperation and Development (OECD) – mainly a club of rich countries – 58% of bachelor’s degrees were awarded to women. In South Africa it is 61%.”

The researchers say they don’t yet know why this is the case but the best international evidence points to the fact that girls perform better when it comes to things such as self-control‚ self-motivation‚ dependability‚ sociability‚ perceptions of self-worth‚ locus of control‚ time-preference and delayed gratification.

They add that any conversation about ‘gender equality’ needs to take into account the disadvantage faced by boys at school and university‚ but also why this reverses when one moves into the labour market.