I feel like God lives in my house: Somizi on owning EVERY year 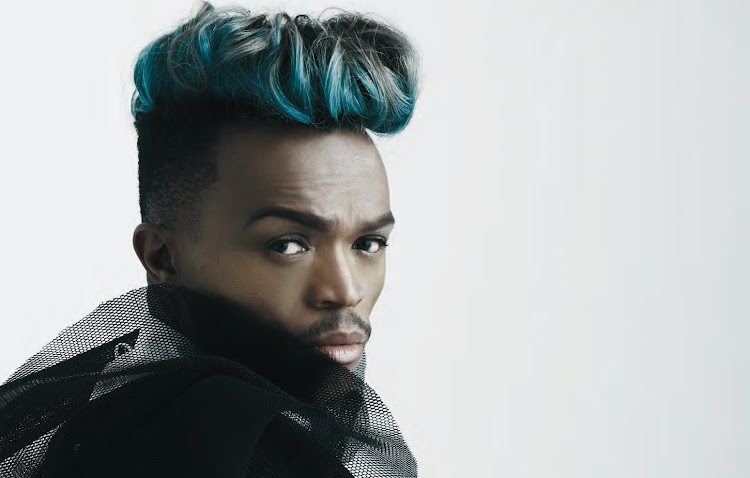 Idols judge, emcee, radio host, and a whole lot more: Somizi Mhlongo is non-stop, and he’s got his sights set on working with Beyoncé.

“What sets me apart from other emcees is that I want to create an experience. It makes a whole lot of people feel differently and beautiful. It’s the energy that’s transferred.”

“I always joke around that I feel like God lives in my house, and visits you guys and then comes back at night to sleep at the house,” says Somizi Mhlongo when we meet at the African Pride Melrose Arch Hotel.

He is clearly a regular here, as his car is parked in a special section a stone’s throw away from the hotel, and the waitress who shows me in knows exactly where he is seated.

“I feel like I have direct access to God,” Mhlongo continues, as he sits back on the mahogany leather couch we are sharing. We are talking about the year he has had when he lets me in on his divine connection.

“You know when people say, ‘yoh, you’ve owned 2017,’ honestly speaking and…,” he says trailing off to collect his thoughts, “I’m the most humble person, but I’ve been owning it since 2015, ever since I started Idols.”

THE RISE AND RISE OF SOMGAGA

Looking back at the past couple of years, it’s difficult to dispute that Mhlongo has been on a steady upward trajectory.

Two years ago, he joined the judging panel on Idols SA, his workout DVD has gone platinum, and he has released a best-selling book about his life, Dominoes.

But unlike the title of his book, there is no sign of things falling apart in his life as earlier this year Mhlongo added co-hosting one of the biggest breakfast shows in the country to his achievements. In addition, he has recently released a new single, Ngibonile, produced by Heavy K.

Despite his run of success, Mhlongo admits that he has been scared with each new project. “Fear is such a big liar,” he says, emphasizing the point with his hands.

Mhlongo was clearly born to entertain, and his decades-long career is testament to this. He still remembers the first time he was ever on stage as a six-year-old, when he was cast in a stage play his parents were touring with.

The pay cheque for his part went to his parents, but when, at age 13, he landed a role in the iconic Sarafina! production, which meant travelling the country and the world, the money went straight to him.

“I flew myself to Durban. Had lunch, then I flew back to Joburg,” he says, describing how he spent his first pay cheque. “I was 13. I got to the airport, then I took a taxi to the beach and I sat there and had lunch by the harbour and flew back,” he reminisces happily.

'THIS IS MY DREAM LIFE'

In the public eye Mhlongo is synonymous with extravagance, a big personality, and catch phrases such as “wooo shem”.

The 44-year-old sitting next to me today, however, is a considered artist who is looking forward to going home to sleep after starting the day at 3.30am.

“When I’m quiet people will ask if I’m okay. They want to know why I’m not ‘Uwooo shem’. I’m emotional. I’m considerate. I’m a nice person, but at the same time I’m a no-nonsense taker. But I understand. People think that I’m always happy,” he says, sipping on his Red Bull.

Despite the fatigue, Mhlongo has flashes of the bubbly, energetic, outgoing personality he is famed for, which emerge when we discuss his future plans.

“This is my dream life. I started with what I’ve always wanted to be, and I’m still here.”

Among the people Mhlongo still plans to work with are singers Beyoncé, (something he says he is close to doing), Pink, entertainment conglomerate Walt Disney, and musicians Diamond Platinum and Black Coffee. He also still plans to produce a stage musical, dance movie, and host a daily talk show.

Somizi gives us a first glimpse of bae

Although Somizi has admitted that he's in a relationship, he has been very careful not to reveal who the mystery man in his life is. But over the ...
TshisaLIVE
3 years ago

Speaking of retirement plans also perk the entertainer up, as he talks of his desire for beach houses all over the country, gardening, and “chasing summer for one year, chasing winter for one year”.

But Mhlongo is not looking to scale down anytime soon. “Scale down… I’m not sure. Bare ‘skaba hemisa’ … akebahemisi niks!” As he leans back, he puts his sunglasses on.

“I just need to take care of myself because if that crashes, that’s all I have. But scale down, no. I don’t see that happening.” 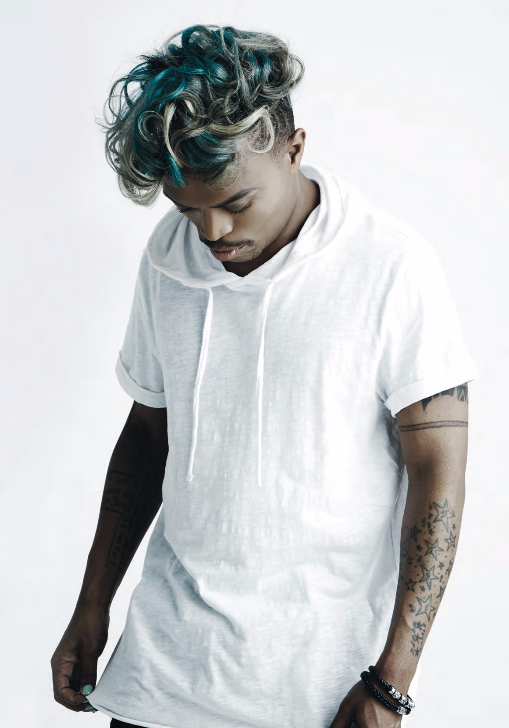 Mhlongo’s theatrics on stage when hosting as seen at this year’s South African Music Awards are testament that there is a lot more left in the tank.

“I love the immediate responses on stage, and the energy. I love touching and feeling,” he says, excitedly.

His manager has given up on stopping him from crowd surfing, and drinking the audience members’ drinks while hosting.

“What sets me apart from other emcees is that I want to create an experience. It makes a whole lot of people feel differently and beautiful. It’s the energy that’s transferred. People think you just walk onstage and say: ‘Are you there?’ and walk off. Let’s have the experience together,” Mhlongo says.

With gigs lined up every day of the week, there is no downtime. During the week Mhlongo has the breakfast show, on Thursdays he is currently shooting his show for Vuzu, and on the weekends he is dancing or hosting.

“When I get home, I sleep. I have to. I wake up at 3.30am everyday and the worst thing is I don’t have a day off so whatever time that I get, I sleep,” Mhlongo says.

He admits that he works too hard. “Sometimes I want to cry, but also I remember that there was a time I didn’t have much. That’s when I wish I could tell people that God is there.”

'I WOULD GET MARRIED'

Mhlongo turns 45 in December and is a somewhat reflective mood. “The one thing people don’t know about me is I’m very smart. I’m extremely intelligent, but people confuse the way I speak English with not being smart,” he says.

“Financially, I had to learn from my lessons, whereas before I never had respect for money. I used to blow it on clothes. Fortunately, I didn’t blow it on drugs. I’ve never wanted them. I’m like why, it’s useless.”

Now Mhlongo spends his money on his obsession with property. “It’s such a nice feeling,” he says. 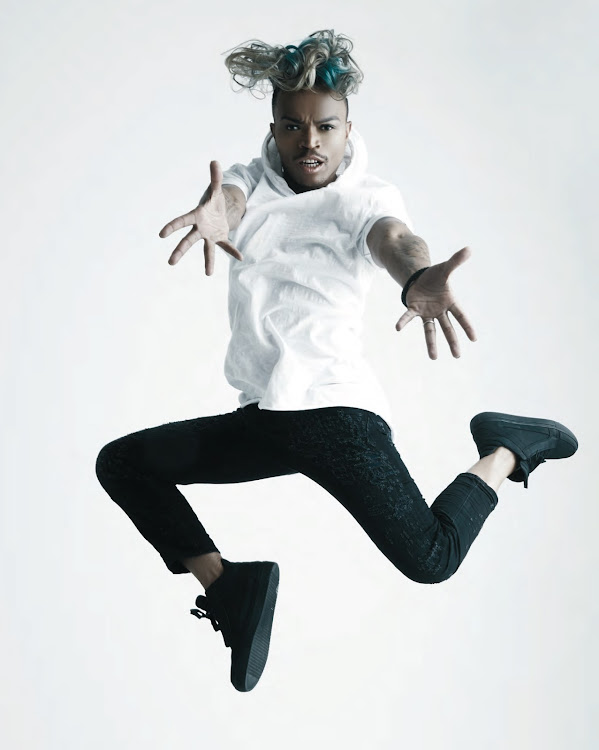 Despite reports that he will be getting married soon, Mhlongo is taken aback by the news.

“Am I getting married? No! Umhlola lo abawushoyo. Lately, journalists are lazy. When we joke about something on radio, they take that and write it. I can’t even remember saying that!” He does want to get married though.

“Yesss! 100%. I would get married. My wedding would be 10 times Minnie Dlamini’s. Minnie is my inspiration like a fairytale.”

Mhlongo admits to being in a happy relationship with someone who is not typically what he would go for, but is everything he wants. His relationship is the one thing Mhlongo is “very private about because I’m a brand. I’m famous. I don’t want my partner to lose identity and then now he is no longer called by his name, he is called ‘Somizi’s boyfriend’. I’ve seen it happen with a whole lot of people.”

He made the decision to keep that part of his life private years ago. “Have you ever heard of people saying ‘that’s Somizi’s boyfriend’? No.”

Despite describing himself as a private person, Mhlongo plans to celebrate his birthday later this month with a bash in Soweto where some of his industry friends will perform. Last year, he embarked on a club tour, a venture he says he would never do again as it was “the most unnecessary thing”.

Mhlongo also avoids crowds, as he doesn’t feel safe after several incidences of people bombarding him in public spaces. Six bodyguards accompany him to gigs, but he refuses to consider a personal body guard, as he prefers his privacy.

Where to from here? Next year, he plans to release a recipe book with a twist that “sets it apart from the rest”.

Mhlongo accepts that this is overwhelming, but also views it as comforting. “As a freelancer, that’s big. You’re only as good as your last gig,” he says.

As we wrap up, Mhlongo tells me he has no regrets in his life.

“Everything that I did, for me it was either a lesson or a success. When I did my first radio show with Khanyi (Mbau) and Ntombi (Ngcobo), the backlash and the criticism that we got from that … it was a lesson,” he says.

“That’s why now I’m doing the biggest breakfast show in the country and if it wasn’t for that show, I wouldn’t be this confident on the show. I have no regrets guys, at all … at all. There’s a lesson in everything.”

• This article was originally published in SMag, a magazine available with the Sowetan newspaper. Check out the SMag online for more fabulous lifestyle, beauty and fashion reads.

Somizi has shared his thoughts on Bonang's departure from Metro FM earlier this year, claiming that he would not have stormed off because he is ...
TshisaLIVE
3 years ago

Somizi is planning to tie the knot next year and may have another child through a surrogate mother. The star revealed his plans for the future on his ...
TshisaLIVE
4 years ago