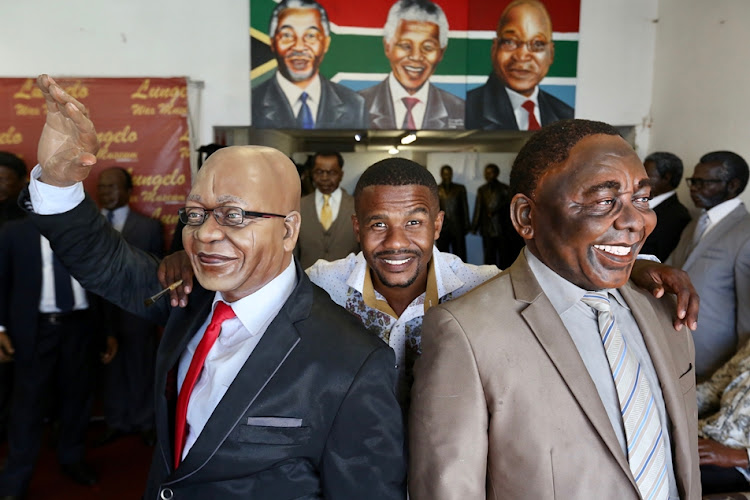 UPDATE: Since this article was written, Jacob Zuma has resigned as the president of South Africa.

While President Jacob Zuma still stands strong, his previous champions no longer seem to have an appetite for his face on canvas.

That's according to Durban wax sculptor and painter Lungelo Gumede - the man who has captured Zuma, and several other personalities, in wax and paint.

He has been asked by clients to take back the paintings they commissioned of the president, one request even coming from an ANC branch in KwaZulu-Natal.

Gumede - who wants to be South Africa's Madame Tussaud - has no qualms about taking back his works, because "I still like the guy".

"My clients have been calling me recently and asking me to come take the portraits back. They said they're cross with this man, one said he took down the painting ...

"Another asked me if I could paint Ramaphosa on top of Zuma. I just laughed.

"There's even an ANC branch on the north coast that bought a painting from me for R100,000. They said to me, 'Comrade you must come and take down your painting.'"

The self-taught wax sculptor is not one to shy away from making replicas of controversial figures.

The late Hugh Masekela, Robert Mugabe, Queen Elizabeth, Richard Branson and Oprah Winfrey are next on his list. 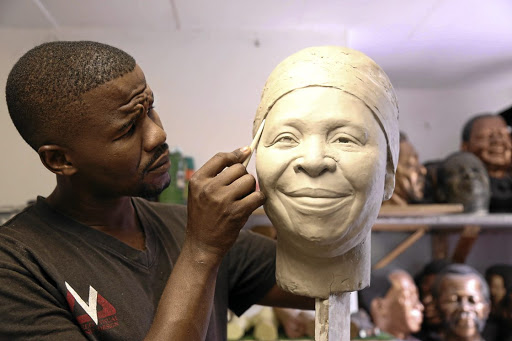 They all stand in his Lungelo Wax Museum at BAT Centre, an arts development hub in Durban's harbour district, until he secures a bigger spot for a fully fledged museum.

Behind the showroom is his tiny workspace, where he works his magic.

Gumede registered his museum with the Companies and Intellectual Property Commission.

It has been 11 years since Gumede got his first taste of wax, after visiting Madame Tussauds in New York.

"Nelson Mandela took me there. Well, I was in New York in 2004, for the auction of my painting of Madiba at the Hoops 4 Hope gala dinner in the Hamptons, New York.

"That's when I visited Madame Tussauds. I was so shocked by what they did.

"With Madame Tussauds, they took me behind the scenes of how they do the wax statues. I incorporated knowledge of what I learnt briefly with my art skills."

Gumede could not shake off his desire to start doing wax figures when he returned to South Africa.

• 13 – the number of ANC presidents who have been cast in wax.

"It's been trial and error, it took me forever. I had to learn how to install the hair and put the eyes, how to dress the wax statue and the eyelashes."

Painstaking as the work was, Gumede persevered, presenting the Nelson Mandela Foundation with a jiving Madiba in 2006.

"In 2009, before the national elections, I did the 12 ANC presidents, which cost me over R100,000. Maybe someday they will find their place at Luthuli House."

Now it takes Gumede less than a month to finish off a figure. It took him three weeks to complete Ramaphosa.

The statues are made from clay and finished in wax, silicone or resin.

He uses bees' wax for the face only, to capture finer details.

As the news spread that President Jacob Zuma had resigned, South Africans took to twitter to share their feelings.
Politics
3 years ago

"The material is costly. I use real human hair, the teeth are porcelain. I have to buy contact lenses and eyelashes. I cure the bees' wax with some catalyst so it doesn't melt in the Durban heat."

He devotes hours of research to studying his subjects so he can capture every detail of their weight, height and stance.

"I also buy the clothes, mainly suits. I have an entire wardrobe for my figures. It costs me about R30,000 to make [a figure]," Gumede said. 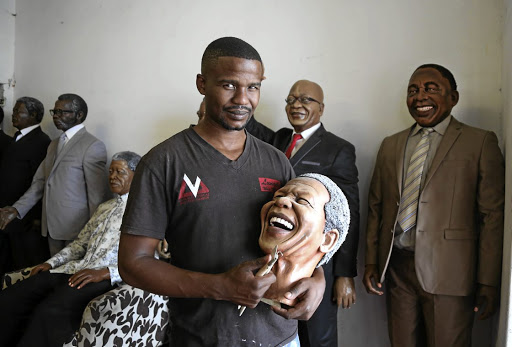 The 32-year-old artist - who was supposed to study medicine - has come a long way from his sketching days at school in Ndwedwe, north of Durban.

"I knew nothing about art because we did not have it as a subject. All I knew was that I could draw, I didn't realise that what I was doing was art. I would draw a teacher, while he was teaching."

Gumede was admitted to the BAT Centre's artist residency programme before graduating in fine arts at the Durban University of Technology in 2007.

The city of Durban commissioned Gumede to do a portrait of Hollywood star Forest Whitaker, who was visiting Durban, in a traditional outfit.

In 2015 he had a solo exhibition at the Exact Science Museum in Los Angeles.

"I sold half of the paintings to actor and producer Tyler Perry. Let's just say I made a lot of dollars."