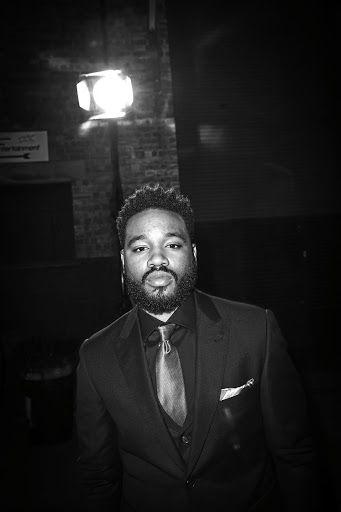 He's a 31-year-old African-American director who in just five years has gone from being the darling of the indie circuit with a debut film shot on a shoestring budget to being in charge of the year's most hotly-anticipated blockbuster.

Ryan Coogler is the cat who got the cream as he brings to the screen Marvel's Black Panther, with lots of special effects and high-octane action sequences; a cast that includes Chadwick Boseman, Lupito Nyong'o, Forest Whitaker, Angela Bassett and John Kani; a soundtrack by Kendrick Lamar; an estimated budget of $200-million (R2.3-billion); and plenty to say about colonialism, race and living in an America governed by the irascible whims of the orange man.

Coogler grew up in Oakland, California, where he went to university on a football scholarship, majoring in chemistry with the intention of becoming a medical doctor. However, Coogler's life and US movie history were changed for the better after an English professor encouraged him to instead study screenwriting.

He enrolled at the University of Southern California's School of Cinematic Arts, whose long list of famous alumni includes George Lucas, Ron Howard and Robert Zemeckis.

In 2015 Coogler and Jordan reunited to shake up the Rocky franchise with Creed, critically acclaimed and a major box-office success.

Coogler, speaking on the phone from London, said his experience on Creed "certainly helped me to prepare for [Black Panther]. It was an extremely personal film made in the context of a franchise."

When Kevin Feige, the president of Marvel Studios, first met with Coogler, he told the director "that we encourage filmmakers to make these films as personal as possible".

Although Coogler had long been grappling with the African Diaspora and its relationship to African-American heritage and history, he'd never visited the continent until he came to do research for the film.

He travelled first to Cape Town and Johannesburg as well as Lesotho, which attracted him not only because of the kingdom's traditional blankets, which feature heavily in the film, but also because of the country's history, "as an enclave, able to protect its independence because of its terrain".

Coogler continued on to Kenya before cutting short the rest of his planned trip to Rwanda and West Africa because he "was getting married [to childhood sweetheart Zinzi Evans] and had to get back home".

As is typical for the Marvel franchise, the Black Panther standalone film was set up by the appearance of Kani and Boseman's characters in 2016's Captain America: Civil War.

It was in that film that Kani introduced the idea of isiXhosa as the language of Wakanda, a decision that has been carried through to Coogler's film because he "loves the language and I found it so interesting - beautiful and poetic and ancient".

Watch | The trailer for Black Panther

There's a politically charged energy to Black Panther, coming as it does in the wake of the Black Lives Matter movement and the racially charged Trump era, but the film "could have been made at any time in terms of its relevance. I think the biggest difference between now and the '90s [when the film was first mooted] is social media and technology, which gave rise to many of [those] movements."

Finally there's the fact that the film represents the first time that a major studio blockbuster has featured such a large cast of established, emerging and new black actors in one space, and for Coogler that's a chance to realise a version of the dreams he had as a young black film-goer, when he "longed for a movie with Denzel [Washington], Will Smith and Wesley Snipes - that would have been my dream."

Now, however, with presale tickets selling out and early critical reviews overwhelmingly positive, Coogler hopes the film, "will set a precedent for the idea that black actors at this level can work together and participate in something that's exciting".

Acclaimed costume designer Ruth E. Carter on bringing the world of Wakanda to life through fashion and why her costumes resonate strongly with ...
Lifestyle
4 years ago