Comic Con is coming to SA 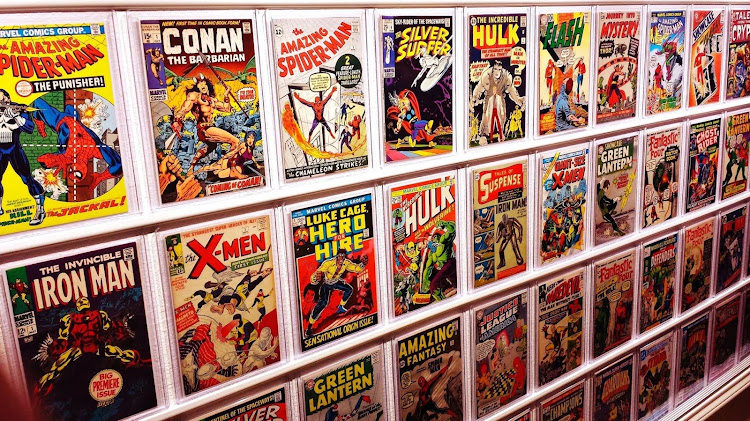 Closet geeks and superhero fanatics can dust off their capes because Comic Con Africa is coming to South Africa.

A first for Africa‚ the international convention is one of the biggest pop culture events which features comic books‚ science fiction and fantasy films and series.

The local convention will be hosted at the Kyalami International Convention Centre from September 14-16 and will also feature a range of pop culture and entertainment elements in animation‚ toys‚ gadgets‚ clothing‚ anime‚ manga‚ collectible card games‚ video games‚ webcomics and fantasy novels.

Comic Con Africa is arguably the geek fest that many South Africans have been waiting for. The event is being brought to SA by Reed Exhibitions and V/S Gaming.

Comic Con is also known for bringing some of the biggest celebs to their conventions and the African edition won’t be any different.

Carol Weaving of Reed Exhibitions said discussions were still under way‚ but confirmed that Troy Baker and Nolan North from Assassins Creed would be at Comic Con Africa.

“Our time is now and we are very excited about this. Comic Con is known for bringing in celebrities and it takes a lot of planning we are still in discussions with celebs from Game of Thrones and Big Bang Theory‚” she said.

Lenushka Parannath of V/S Gaming said the convention was about more than just gaming and said the event would combine pop culture and gaming.

Actors John Kani and Connie Chuime of Black Panther also attended the launch and said the announcement that Comic Con was coming to SA was testament that the world was looking at Africa.

For Kani the significance of Comic Con Africa dates back to 1950s apartheid South Africa when he watched white men treat his father badly.

“I’m an elder and in the 50s you lived in an environment that was so tough in your inner self you wished you had super powers...back then for many of us comic books even taught us how to speak English. Right now the world is celebrating with us that Comic Con is coming to South Africa‚” Kani said

We’re out at the launch of #comicconafrica with Mam’ Connie Chiume and Dr. John Kani 😱🙆🏽‍♂️💪🏽 #GoliathandGoliath pic.twitter.com/LnWFn2c8Lv

““Listen‚ I'm stoked about #ComicConAfrica as much as the next geek‚ but this whole ‘FINALLY A COMIC CON IN AFRICA’ thing that's been thrown around is just nonsense. @FanConComicCon has been putting on incredible shows for two years now already. They deserve a nod or three‚” Supreme Leader Snoek @TheKervynator tweeted.

Hard work and dedication paid dividends for Luyanda Kana after he walked away with Boxing SA's 2017 matchmaker of the year award in Port Elizabeth at ...
Sport
3 years ago

Quad biking up the Sani Pass was even hairier than expected

With no passport, only a quick 'sex change' would get Gaynor Lawson through border control
Lifestyle
3 years ago