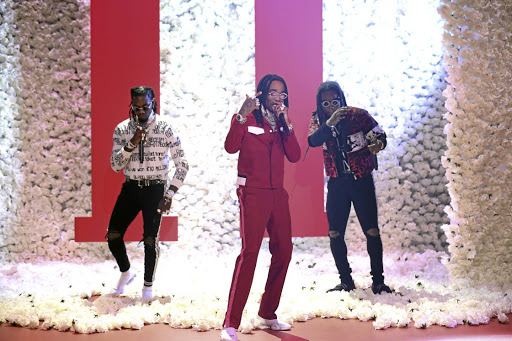 Offset, Quavos, and Takeoff of Migos are either the Beatles of their generation, or particularly canny music packagers.
Image: Getty Images

Around this time last year we witnessed an amazing act of foreshadowing. While accepting his Golden Globe for the TV series Atlanta, Donald Glover called hip-hop trio Migos "the Beatles of this generation". Beatles fans scoffed at the idea, but this month Migos joined the Liverpudlian supergroup as the only acts to have had 14 songs simultaneously listed on the Billboard Hot 100 chart.

This feat comes primarily off the back of their latest, 24-track album Culture 2, which accounts for 13 of their 14 charting songs - and shows how artists are diddling the streaming system to boost their CVs.

An album of two dozen songs is the height of ridiculousness. No one in their right mind would be interested in sitting through an hour and 45 minutes of one album, especially when that album is as repetitive as Culture 2.

The project's length reflects a growing trend in hip-hop and R&B circles to take advantage of music streaming and how those numbers are tallied.

It's a tactic that singer Chris Brown successfully employed last year when he released his 45-track Heart Break on a Full Moon, and included a convoluted list of instructions on how to consume it.

Prior to the album's release Brown, on his Instagram account, encouraged fans to first buy the album on iTunes - but to not listen to it on iTunes. They were then to sign up for free trial periods on multiple streaming services and stream the album a bunch of times or just "leave [it] on repeat".

The rationale behind the purchasing gymnastics was to inflate the number of streams the album got.

In days of yore the Billboard music charts were based on the number of physical copies sold and did not pay much mind to how music was being consumed digitally. In 2014, they adopted a new set of guidelines in which every 1,500 streams of songs from an album counted as the sale of one physical copy of that album, and every digital sale of 10 songs from an album counted as a single physical sale of an album. 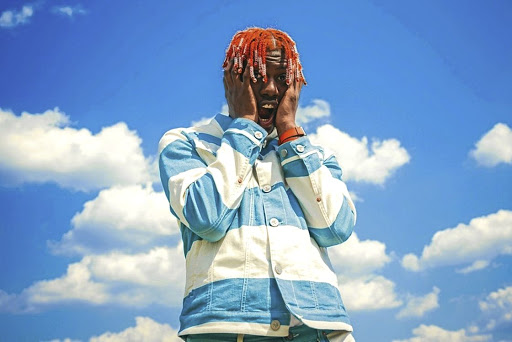 Lil Yachty is one of the acts that put out an album with more than 20 songs last year.
Image: Supplied

In 2016 the Recording Industry Association of America - the body that is responsible for awarding gold, platinum and multiplatinum certifications - adopted the same guidelines. By association standards, an album must sell half a million copies to go gold, double that to go platinum and two million or more to go multiplatinum.

The idea behind it was to take into account the increasingly fragmented way in which people consume music.

Crucially, the songs do not need to be streamed as part of the album for them to count towards its sales. Whether they are part of a playlist or left on loop individually, each stream counts towards the album's success.

It's a loophole that most of your favourite rappers and singers are trying to jump through. Last year Drake, Ty Dolla $ign, Big K.R.I.T and Lil Yachty all put out projects with 20 or more songs on them. This year Rae Sremmurd are planning to join the party with Sremmlife 3, expected to be a triple album.

In an industry struggling to find its feet since the advent of streaming, how numbers look is a matter of prosperity or penury. This is especially true of hip-hop whose popularity in the streaming universe has seen it become the most popular music genre on earth, according to Nielsen's (the company that keeps track of these things) 2017 year-end report.

The genre makes up almost a quarter of all US music consumption and is basically the soundtrack to pop culture. So next time you get annoyed that your favourite rapper has just dropped a 90-track album that runs longer than the original Star Wars trilogy, remember not to hate the player - hate the game.

Big K.R.I.T's '4eva Is a Mighty Long Time' is a refreshing take on rap

Mississippi-born rapper and producer Big K.R.I.T.'s new album '4eva Is a Mighty Long Time' flies in the face of the idea that all rap music from the ...
Lifestyle
4 years ago

Sorry Bruno Mars & Kendrick Lamar, THIS is who should've won a Grammy

The Grammys always get it wrong. That's an unfortunate side effect of adjudicating on something as subjective as music. It doesn't help that as ...
Lifestyle
3 years ago