10 reasons to watch The Wire

If you’re a TV fanatic, HBO’s The Wire (now on Showmax) is a show you simply have to see 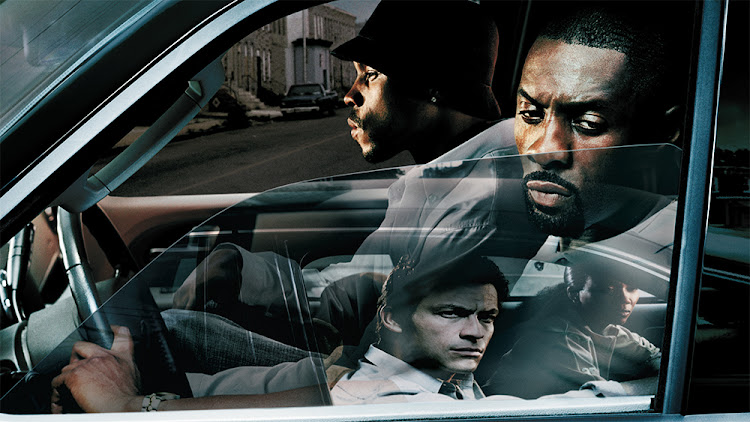 If you’re a TV fanatic, the 2002–08 drama series The Wire (seasons 1-5 now on Showmax) is like The Sopranos (also on Showmax) or Game of Thrones (seasons 1-7 on Showmax) – it’s one of those shows you’re just supposed to have seen.

But with so much to watch just to keep up, many of us are treating The Wire like an ugly, expensive wedding gift; nodding along, pretending it’s part of our lives and sweating whenever anyone raises the topic. If that sounds too familiar, it’s time to take The Wire out of the “ugly gift” cupboard.

“This is a horror show because we are a heavily armed society that has lost control and the militarisation of police surrounding the drug war has made an us-against-them mentality,” The Wire co-creator David Simon told The Washington Post in 2016.

Police shows are often the cop-out of TV writing – full of cheap thrills, cardboard characters, questionable conservative politics and a predictable episodic structure. Simon, a former crime reporter for The Baltimore Sun for 13 years, is not a fan of the genre.

So while The Wire might start off being about cops, it’s more like one of those sprawling novels that Charles Dickens (himself a former court reporter) wrote about London’s poor. The Wire is the story of how the US “War on Drugs” policy changed the nature of police work in Baltimore.

The Wire’s creators, cast and crew didn’t restrict their attention to cops and crooks. They looked at how the politics and economics of the drug war affected everyone in Baltimore.

“If the first season was about devaluing the cops who knew their beats and the corner boys slinging drugs, then the second was about devaluing the longshoremen and their labour, the third about people who wanted to make changes in the city, and the fourth about kids who were being prepared, badly, for an economy that no longer really needs them,” Simon told The New Yorker in another interview.

“And the fifth? It’s about the people who are supposed to be monitoring all of this and sounding the alarm – the journalists. We want people to say, ‘That is an American city, those are its problems and that’s why they can’t solve its problems.’” Watch now »

3. The art of conversation

Like True Detective (seasons 1 and 2 on Showmax), The Wire has a way with words. “It is rooted in the real, which I believe leads to unique and idiosyncratic portrayals. We generally urge our actors to stay on book,” Simon told The Believer in 2007.

That “book” or script was everything to Simon, because he was prepared to stand or fall by how accurate his portrayal of Baltimore street life sounded.

“I spent years ‘gathering string’ on who they are, how they think and talk. In terms of dialogue, vernacular, description, tone. Like many writers, I live every day with the vague nightmare that at some point, someone more knowledgeable than myself is going to sit up and pen a massive screed indicating exactly where my work is shallow and fraudulent and rooted in lame, half-assed assumptions.” Watch now »

Melvin Williams, who plays The Deacon in seasons 3 and 4, made millions dealing heroin in Baltimore in the 1970s and 1980s. In 1985, he was arrested by Ed Burns, the cop-turned-teacher who was Simon’s most prolific writing partner in The Wire. Williams was also one of the major inspirations for the character Avon Barksdale (Wood Harris).

Actress Felicia Pearson, who plays a street enforcer by the same name but nicknamed “Snoop”, was out of prison following a second-degree murder conviction and dealing drugs on the side when she met Michael K Williams (who plays Omar Little, former US president Barack Obama’s favourite character) at a club. He introduced her to the writers and producers, who created the role of Snoop for her in season 3.

The character of Little himself was partly based on a dealer named Donnie Andrews, who voluntarily turned himself over to Burns after he accepted work as a contract killer to support his addiction. Bubbles (Andre Royo) was based on a real-life informant who identified criminals to the police by using his photographic memory. Watch now »

Even the cast members who were simply trained actors had the street people fooled. A stranger once saw “Bubbles” in passing and gave him a bag of heroin and told him, “Man, you need a fix more than I do.” Royo has referred to that moment as his “Street Oscar”.

In a 2007 interview with Mr Media, Simon said he thought the cast needed far more recognition for their skill. “One of the things I am a little bit resentful for is we have a remarkable cast of African-American actors who are utterly unacknowledged by the industry. They are never regarded as having created any characterisations or achieved any sense of craft for what they are doing.

“It’s almost as if they think we turn the camera on people and they just were being; that’s the way they are. And, in fact, these are incredibly professional actors who are reading from a script.” Watch now »

Fun fact: The character Omar Little, who values his self-control above everything, swears only once during the entire series.

The Wire, while having a moral core, takes a somewhat neutral stance on who the good and bad guys are, which gives loads of room to explore complex characters on all sides of the story.

“Everybody had to be human. I had to care about every character right down to drug dealers,” Simon told The Washington Post. “We always conceived of Omar as a critical entity – along with Bubbles, a perversely moral force and a bridge between the police and street worlds.” Watch now »

In all five seasons, only one police officer is ever shown firing his gun.

“In most instances, we try to keep the violence disturbing and abrupt, rather than choreographed and romanticised. I'm not sure what we try to do with sexual scenes except to keep them credible within the context of the characters and their relationship to each other at the given moment,” said Simon in a Q&A published on Borderline-Productions.com. Watch now »

Relationships and back story were hugely important to the show’s creators. Director and later executive producer Joe Chappelle said in an interview with CreativeCow.net that “on a show like ours, if you just read the script on face value, it reads one way. But if you know all the history of what’s gone on up until this point, there’s a whole other layer to it.

“On The Wire, any individual episode is part of a bigger pie, not a stand-alone piece. To direct [The Wire], you have to have done your homework on the show as a whole.” Watch now »

Finally, while there are few flashbacks to deal with, The Wire tells a complex story where little is explained, from common terms on the street to the interrelationships between the police and drug gangs.

“Usually, by the 11th, 12th, 13th episode, you start to see connections, stories that seemed disparate actually are headed toward each other. But having said that, we are willing to go longer and further with disparate story lines than any show, I think, before it,” Simon told Mr Media.

So it’s fantastic for viewers to be able to watch early episodes again see how elements of the story were put in place for a later pay-off – which you can now do on Showmax, with all five seasons ready and waiting right now.

Don't have Showmax yet? Start my free trial »

DStv Premium customers also get Showmax at no extra cost while DStv Compact and Compact Plus subscribers get Showmax for just R49. See more here.