Barbie’s tagline is 'You can be anything', but as long as she thinks diversity is whiteness dipped in darker paint, she is fooling no one 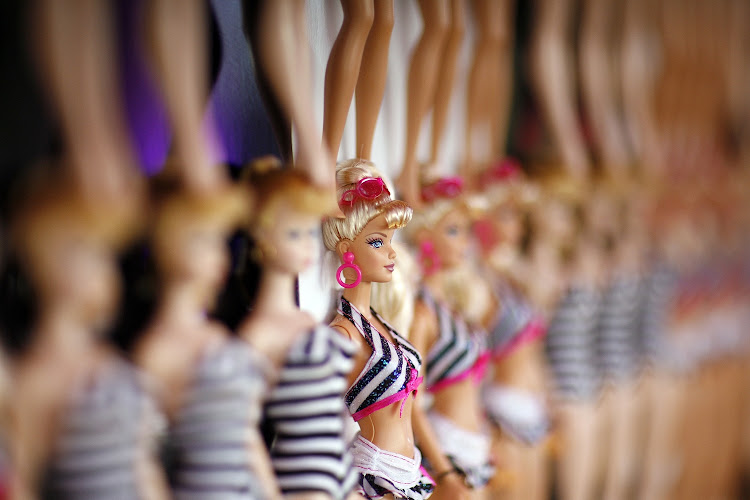 Barbie dolls are lined up on the wall at a Barbie's 50th birthday party at the Barbie's real-life Malibu Dream House in Malibu, California on March 9 2009.
Image: Reuters/Mario Anzuon

Is Barbie a feminist?

If you google the question, you'll find countless think pieces in defence of or against the most famous doll in the world. In fact, in the hierarchy of dolls, Barbie is Taylor Swift and everyone else is a B-lister who wants to be her.

But a more apt pop-culture analogy would be that of 2004's Mean Girls. Easily the most quotable comedy of the 2000s (sorry, Devil Wears Prada fans), the teen movie was a biting, clever piece of social commentary wrapped in bubblegum candy floss. Set in high school, it featured a clique of teenage girls known as The Plastics: rich, white, thin, gorgeous - and mean as hell. But with a smile.

The Plastics acted and dressed alike, they looked past everyone else, they were loathed and adored in equal measure. Their most famous lines included the oft-quoted, vicious quip "you can't sit with us".

Their ringleader, played with delicious devilishness by Rachel McAdams, was Regina George. She was the richest, prettiest, thinnest of them all. All the other Plastics were created in her image, and while their looks and personalities varied slightly, they would always remain Regina George clones. Barbie is Regina George.

The doll - whose "birth" name is Barbara Millicent Roberts - turned 59 last week, and although she's close to pension age, she still looks like a 32-year-old who is trying to pass for 23. When Barbie was created by Ruth Handler in 1959, times were different (both in the US, her country of origin, and across the world) - racial segregation was on its last legs, advertisements were explicitly sexist (as opposed to now, where they're only subtly so) and the second wave of feminism was incoming.

The original Barbie was certainly of her time (if we use only the West as a reference) - white, with porcelain skin, a small waist, come-hither eyes and bright red lips

The original Barbie was certainly of her time (if we use only the West as a reference) - white, with porcelain skin, a small waist, come-hither eyes and bright red lips. She ticked all the boxes of what a woman was supposed to look like.

As feminism took hold in the US and women joined the workforce, Barbie jumped on board and became a career woman. In her nearly 60-year existence, she has been an astronaut (a local press release boasts that she "went to the moon before Neil Armstrong"), president, chef, personal trainer, flight attendant, figure skater, soccer player, entrepreneur - the list is long. You name it, Barbie's done it.

Recently, Barbie's been keeping up with sociopolitical movements. She knows about the push for diversity (racial and cultural) and body positivity (embracing different body types rather than glorifying one kind as the prototype for all women to follow). Which is why there's a range of Barbies called the Fashionista. To copy and paste from the press release, the range includes "four body types (the original and three new shapes - petite, curvy and tall), seven skin tones, 22 eye colours [and] 24 hairstyles". 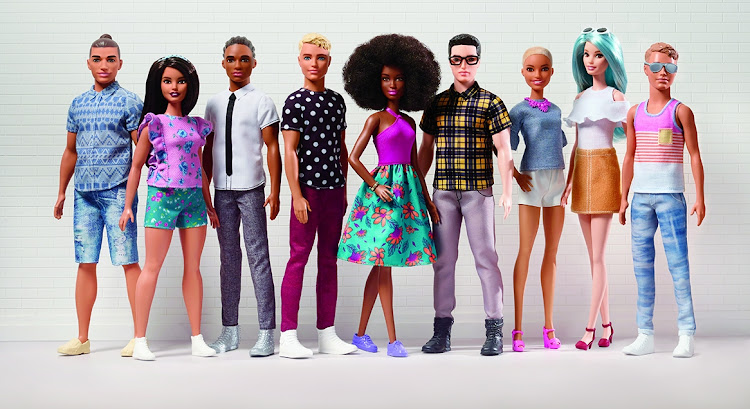 On paper this is progressive (or "stereotype-shattering", as Barbie-maker Mattel's PR wants you to believe) but in reality, this is the same old Barbie in a new outfit.

For one, despite the different skin tones, Barbie's hair is largely still silky. When I was a child (in the 1990s), there was one black Barbie and her hair didn't even remotely resemble that of any black person I'd ever come across. Nowadays, you can get a Barbie with an afro, but the majority of the black or brown ones don't have hair that's "kinky" or "coiled" in any way.

Their facial features are still largely European. At a birthday party for Barbie last week, a video was played showcasing the latest, "diverse" Barbies.

The woman seated next to me, a mother of two black daughters, pointed out that their noses were still narrow, for instance. Of course not every person of colour has a broad nose (although most of us do), but it's as though the folks at Mattel took the same ol' Barbie face and painted it a darker shade. 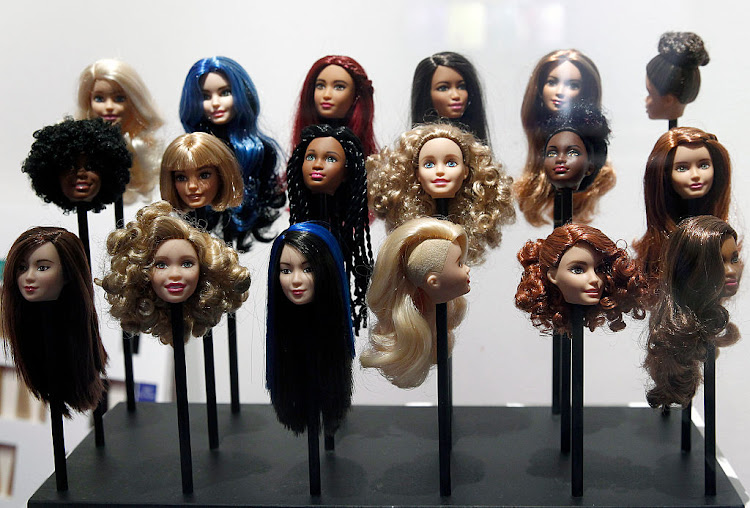 Barbie doll wigs are displayed during the exhibition 'Barbie, life of an icon' at the Museum of Decorative Arts as part of the Paris Fashion Week Womenswear Autumn/Winter 2016/2017 on March 9 2016 in Paris, France.
Image: Thierry Chesnot/Getty Images

It's the same with the body types. A Barbie from the Shero range (that's female heroes) based on black British boxer Nicola Adams has the same hairstyle and complexion, but none of the muscles. Why is that? Because muscles aren't "feminine"?

Part of the Inspiring Women range is the Frida Kahlo doll, which, except for the flowers in her black hair, looks nothing like the Mexican painter. Her trademark unibrow is gone (if you squint hard enough, you'll think that the eyebrows painted closely together ARE a unibrow), her upper-lip hair is non-existent (she went for a wax, I presume) and her eyes are a lighter shade. The doll has been met with fierce criticism from Kahlo fans, her family and Salma Hayek, who portrayed the painter in the 2002 film Fridaand wrote on Instagram: "Frida Kahlo never tried to be or look like anyone else. She celebrated her uniqueness."

Barbie the famous painter? Frida Kahlo's family is not so sure

Relatives of the late Mexican artist Frida Kahlo are threatening legal action to stop the sale of a Barbie doll in her image that they say does not ...
Lifestyle
3 years ago

And Barbie is not just about the doll: there are towels, clothes, bedspreads, curtains, umbrellas ... you name it. At said birthday party, it was ridiculous that almost all the Barbie accessories on display featured the image of the white, blonde, blue-eyed Barbie.

Do little black girls not wear Barbie clothing? Of course they do. So don't black and brown girls also deserve representation and affirmation in the form of a doll that actually looks like them? Why should they aspire to look different from how they already do?

Because as much as it pains me to admit, Barbie has been a role model for generations of little girls and will continue to be one. When a role model as famous and as powerful as Barbie isn't actually that inclusive, it means that our kids will - like many of us did - aspire to whiteness.

When a role model as famous and as powerful as Barbie isn't actually that inclusive, it means that our kids will - like many of us did - aspire to whiteness

The Barbie brand is brilliant at remaining the same while pretending to reinvent itself according to whatever the sociopolitical climate demands. That's why it's sold over a billion dolls. But it's dangerous to pretend that Barbie is a champion of diversity or inclusivity. Barbie is not a feminist, because feminism in its true essence is inclusive and progressive. Inclusivity and progress aren't whiteness dipped in a darker paint.

Seventy-five years from now (Barbie will outlive us all), they'll probably bring out a trans Barbie. Except it will be a Ken doll in a skirt, and those of us who are still alive will applaud the doll's "diversity", "inclusivity" and "bravery".

Until further notice Barbie is a white supremacist in woke clothes. You can't teach an old doll new tricks, especially if she doesn't want to learn.

It’s official – Barbie got a weave. But it’s not what you think. Bird enthusiasts were either delighted or left bewildered by photographs posted on ...
News
3 years ago

A group called the Black Centric Forum has launched a petition against the sale of white dolls at black communities.
News
4 years ago