A chain with a difference for Cape Town's first 'bicycle mayor' 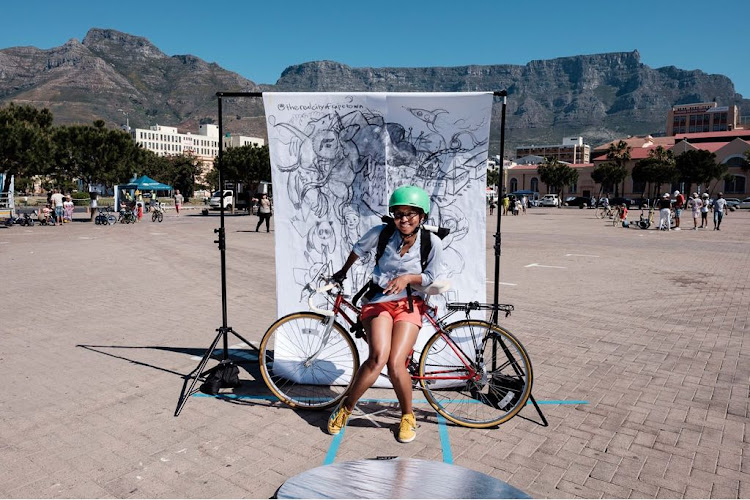 Cape Town is gearing up for the announcement of its first “bicycle mayor”.

Next Saturday‚ 34-year-old Lebogang Mokwena will take on the mantle at an event in Khayelitsha hosted by the Consulate of the Netherlands and the Pedal Power Association (PPA).

The initiative is the brainchild of a Dutch social enterprise‚ BYCS‚ which is trying to persuade people across the world to get in the saddle. The non-profit organisation has the ambitious goal of seeing half of all city trips being made by bicycle by 2030.

The bicycle mayor programme is intended to act as a catalyst towards this by giving cyclists a voice in their cities.

Mokwena said she was excited to take up the role and believed she had been nominated by the PPA because she was so passionate about cycling as a means of transport.

“I believe that cycling can be a viable means of transport and exercise for anyone‚ at any age‚” she said.

In 2016‚ a couple of years after learning to ride a bike at the age of 30‚ Mokwena founded Learn2Cycle‚ a programme to teach adults how to ride.

“While many people learn how to ride a bike during their youth‚ there is a large population of people who go their entire lives without learning the skill‚ especially if they are females coming from underprivileged communities‚” she said.

The fact that most of Mokwena’s students were women of colour also meant she could help to break the stereotype that cycling is just for “mamils” - middle-aged men in Lycra.

Mokwena said cycling provided a means of restoring dignity and control to people who face significant commuting challenges in a city where transport is often costly and unreliable‚ and still shaped by apartheid-era spatial planning.

While Mokwena does not expect people who live in outlying areas to ride long distances to work‚ she believes cycling may help cut time and money off the commute.

However‚ attitudes towards cyclists on the road still needed some work‚ she said.

“Attitudes are changing in Cape Town‚ but I still think the city could use some help. That’s where I come in‚” said Mokwena.

As bicycle mayor Mokwena hopes to start and drive a conversation about transport‚ health and environmental sustainability.

“We need to take initiative and start educating and empowering people so that they can take control of their schedules‚ their health‚ and their environment.”

Mokwena has big plans for her new role. She hopes to continue teaching adults how to ride but in less conventional settings‚ such as queues at municipal clinics‚ which see a high number of patients with lifestyle diseases; and in township schools‚ starting with Thembelihle High in Khayelitsha where the bicycle mayor launch will take place.

“I want to be the person who helps people tick ‘learning to ride a bike’ off their bucket list‚” she said.