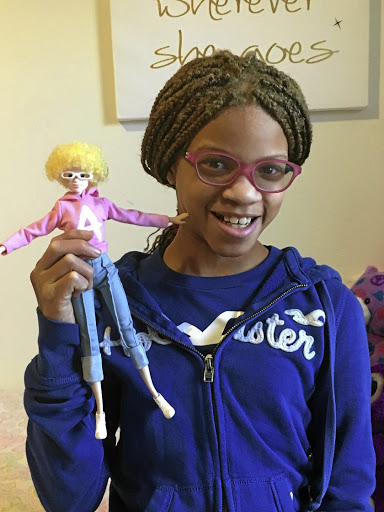 Chantal Gleason with her Alexa doll, which is part of the Malaville Dolls collection.
Image: Supplied

When Chantal Gleason found an albino doll in her Christmas stocking, the 11-year-old New Yorker was thrilled that her newest plaything resembled her.

Chantal, who has impaired vision and lives with albinism, is revered and regarded as "extremely unique" in her country.

Her experience is vastly different to that of her South African counterparts, girls like 13-year-old Gabisile Shabane.

Gabisile was kidnapped from her Mpumalanga home in January and forced to smoke dagga and drink brake fluid before she was beheaded because she, too, lived with albinism - a genetic condition that reduces the amount of melanin pigment in the skin, hair or eyes.

It is claimed that some traditional healers believe the hair, bones and body parts of people with the disorder possess powers that can bring wealth and success.

Four men have been arrested.

In the wake of such violent attacks, South African dollmakers - including an Afrikaner tannie, a Cape Town model and two cultural activists - are creating dolls that resemble girls living with albinism.

Chantal's connection to South Africa is her Alexa doll, which is part of Cape Town model Mala Bryan's Malaville Dolls collection - a line she created to reflect the beauty and diversity of black people.

Bryan, who says she cried when reading about how young girls were being butchered, decided last year to make Alexa to create awareness, celebrate albinism and dispel myths.

"Kids with albinism finally have a doll they can relate to. In parts of Africa people living with albinism were being butchered for their body parts ... because some stupid person believes that if you have a bone or a finger you're going to get rich," said Bryan.

She wants to use the Alexa dolls - which sell for about R400 online - to tell the world what is being done to people living with albinism in Africa.

"The design process had me doing lots of research and it was through that I really got to find out the horror stories and the danger that people with albinism face on the continent," Bryan said.

"They will always be targets just because of their skin condition and the beliefs that they have healing powers. Men with diseases rape these women thinking they will get healed, that is absolutely heart-wrenching." 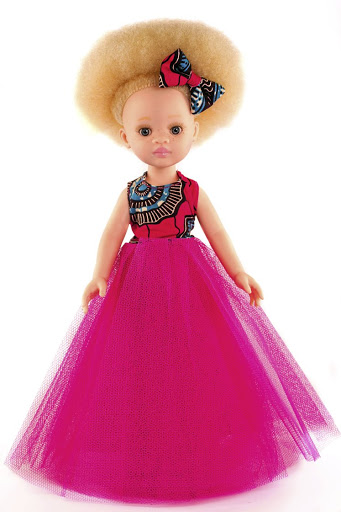 Entrepreneurs Caroline Hlahla and Khulile Vilakazi-Ofosu - creators of the Sibahle Collection of dolls - are addressing discrimination and violence against those living with albinism with their Zuri doll.

"At Sibahle Collection we are about speaking out for those that have been previously ignored by the beauty world," said Vilakazi-Ofosu.

"We want to be the voice for the voiceless. We have followers of all races, both young and old taking the time to engage and comment about how remarkable Zuri is.

"We now have a platform to use to dispel the myths. We will bust the myths one doll at a time."

The doll-making duo did not anticipate the impact Zuri, which was launched last month, would have.

"We started with a small number of dolls just to test the market and we were overwhelmed by the response. We sold about 100 dolls within two days," said Vilakazi-Ofosu.

Actress and cultural activist Sthandiwe Kgoroge, who appeared in Mandela: Long Walk to Freedom, said dolls like Zuri needed to be in schools. "Our children need to see themselves reflected, in dolls, in fashion, in photography, everywhere. We are beautiful, in all our shades."

Barbie’s tagline is 'You can be anything’, but as long as she thinks diversity is whiteness dipped in darker paint, she is fooling no one
Lifestyle
4 years ago

Chantal's mother Heidi believes dolls like Alexa are important not only for her child, but also for South African children like her.

"Here in America, you do not see African-American children with albinism very often. So here she is extremely unique.

"In America, there are not barriers or beliefs like there are in South Africa. Children living with albinism in South Africa are at risk from attacks because of myths and misinformation. Chantal is considered a blessing here," said Heidi.

Elmi Kruidenier, creator of the handmade Hanging Doll collection, has added a doll with albinism, Keeya, to her range.

"Albinism is ... widespread in the general population of South Africa, yet [people with it] seem to be easily overlooked. I chose the name Keeya, meaning 'garden flower', to remind people with albinism that they are a perfect creation."

• R900,000: the approximate amount to buy the corpse of a person with albinism for luck and wealth

• 40: the number of attacks on people with albinism recorded in eight months in seven African countries in 2016