Beychella was a powerful reminder of the greatness of black women

Beyoncé's acclaimed performance at the 2018 Coachella festival was anchored firmly by the assertion of her race, her gender and her history 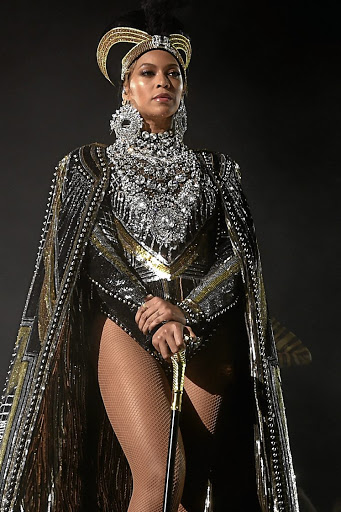 Beyoncé made a triumphant return to the stage at "Beychella".
Image: Getty Images

'Homecoming' a documentary about Beyoncé and her celebrated performance at Coachella drops on Netflix today.

When Beyoncé emerged as Nefertiti at Coachella in 2018, it was not an "error" that can be overlooked. It was not as simple as an artistic throwback. Emerging as Nefertiti did not stop at the quality of pure aesthetics and an ode to beauty, pleasing only to the eye. No.

The cosplay of the black queen of the Nile extends beyond the metaphor of a monarch that one bows to. Nefertiti, more than a symbol of beauty, is also recorded on the walls of multiple tombs and temples as being in a position of power and authority - often smiting an enemy. She is not a woman who proves her power, her worth, her significance.

Like the answer to an equation which will always remain constant, Nefertiti is already proven and remains proof over and over again, like so many other women of colour, that our story is not only one of constant grind, it is one of perpetual and effortless greatness.

INTENSITY SPEAKS FOR ITSELF

In 1965 Nina Simone performed a song that told the story of "four Negro women". The narrative begins with the first woman who says: "My skin is black, my arms are long, my hair is woolly, my back is strong". Simone's casual chant of the song's lyrics fell on the ears of a homogenously white young crowd in Holland.

Her delivery of the song, historically, has been known to be slightly weary but sometimes, like this specific night, the maestro beat each word out with a hammer of history that fell harshly on the ears of the young Dutch listeners. Her message was old. It was one of the suffering of black women in America but it also contained the exhalation of a long-suppressed anger by those very women.

These variables, this message, this delivery, this performance by a black singer to a white crowd is not work. It is life. Pain is performance, and performance is pain and Nina Simone did not have to prove any of those things. She simply had to sing it. That night that white audience found themselves rapt in the rapture of a black woman entertainer. It was not the first time. And it would not be the last.

WATCH | The trailer for 'Homecoming', a documentary about Beyoncé's celebrated 2018 Coachella performance.

Intensity speaks for itself. It shouts louder than hard work. It bleeds more than sweat. It howls more than a cry for approval. Intensity is a declaration. And declaration is the correction fluid of a history filled with women who have to work harder to prove themselves. To prove they have a right to take their place in the world, in the media, in the corporate boardroom. It is the correction fluid that slowly wipes away the statements of struggle. This declaration replaces a struggle for recognition with a slogan of establishment. We are here. We are proud. And even if you do not listen, even if you do not hear our message, you will see us - because our fire burns hot and bright and bold with the coals of our history and our fight. And now we stand. To win.

PERFORMANCE IS NOT ALWAYS PANDERING

And just like this, Beyoncé stands. As she did, in front of a majority white audience at Coachella, a mirror image to Nina Simone's performance all those years ago. A white audience has the power to diminish a black woman performer. And so women of colour are required to over-perform to escape belittling. This is not myth-making. This is fact checking. Accurate.

But in the case of this performance and so many forgotten ones before, Beyoncé did not pander, she performed. And her performance was anchored firmly by the assertion of her race, her gender and her history. It was also a performance ripe with the growth of sexual authority.

The Beyhive is ready for Homecoming.
TshisaLIVE
2 years ago

And this same sexual authority was not lost on the black female singers in years past. Yes, Beyoncé is perhaps the loudest voice of this generation but she is the product of many other voices that a white and predominantly male history has helped us forget because they have reduced women of colour to the cult of marriage, motherhood, obedience, nannies and domestic workers.

The great blues singers, for example, hardly ever had any mention of mothers, fathers and children in their music. According to Daphne Duval Harrison, a black studies scholar, the following themes featured prominently instead: alcohol, betrayal, erotica, abandonment, mistreatment, other women, vengeance and body shaming/positivity. Themes relevant to their lives. Ring any bells? "To the left, to the left", "I woke up like this" - all Beyoncé lyrics that pay homage to themes carved by strong women in the past.

The female figure of colour, as has been proven, is more than capable of evoking a performance independent of construct. And it is clear that Beyoncé has grown with this, and revealed it once more.

But, history belongs to those who write it. And if Coachella failed to pick up the references of a tale that has long been written, it is as it should have been. Intensity speaks for itself regardless of who is listening. And sometimes, a revolution whispers, it doesn't shout. Pain shows, it doesn't tell. In the words of Beyoncé: "Middle fingers up, put them hands high."

Hold up! Lil Nas X just hinted at a Beyoncé collab & the streets are done!

"Ready to tell them Beyoncé?"
TshisaLIVE
2 years ago

WATCH | Trevor Noah on his super awks moment with Beyoncé

Usher even tried to show Trevor a thing or two on the dance floor.
TshisaLIVE
2 years ago