Shudu Gram has hundreds of thousands of followers on social media ... but this virtual influencer doesn't actually exist 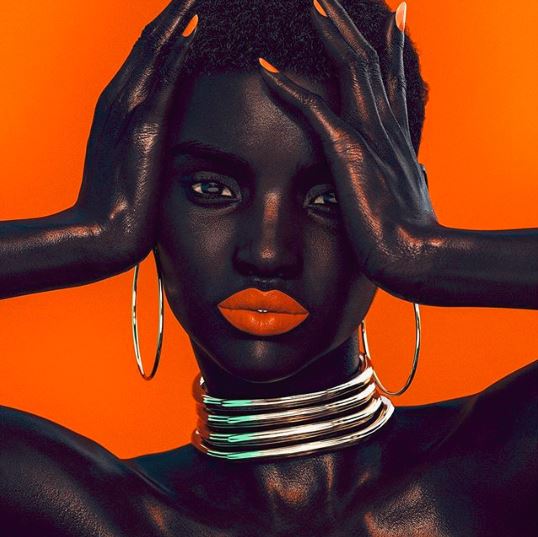 "Do you know this woman?" I asked five people, showing them her picture on my phone. Every time the response was: "No. She's beautiful. Who is she?"

She is very beautiful. Her skin is deep chocolate, her lips full, her nose thin and tilted. She has super-long legs, an elegant neck and a tiny waist.

Shudu Gram is her name. She has hundreds of thousands of followers on social media. And she doesn't exist.

Shudu is not a robot. She is a computer-generated image that looks disturbingly real. The first "person" to become famous this way was Lil Miquela, a digital avatar purported to be Brazilian-American, who models for fashion houses such as Chanel and has also released a few popular songs online.

Lil Miquela, who now has more than a million Instagram followers, might claim to be the world's first virtual influencer.

But Shudu is the first digital black supermodel.

Since she became an Instagram sensation, cosmetics brands such as Rihanna's Fenty Beauty have tagged her in their #melanin and #blackbeauty campaigns, possibly under the impression that she is a flesh-and-blood "influencer".

This led to media attention and the "outing" of Wilson, even though he never tried to pass Shudu off as real. 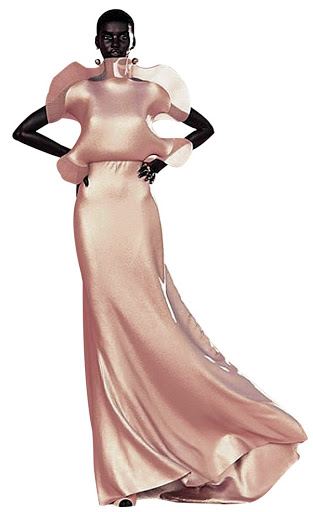 In both her features and her fashion, Shudu embodies a blend of African and European features.
Image: Cameron-James Wilson

The bigger question, however, is whether a white male can decide what black female beauty should look like.

Hlonipha Mokoena, associate professor and researcher at the University of the Witwatersrand's Institute for Social and Economic Research, is not sure if Shudu represents an affirmation of black beauty or a denial of it. She said Shudu might as well be a shop-window mannequin.

"The only difference is that her creator has decided to give her a name, an identity and an Instagram profile. From my perspective, she is a digitised mannequin and an avatar. The fact that she has a dark skin and is apparently an embodiment of 'black beauty' is a reflection of our times. If she was created 10 years ago, she would have a totally different look."

Shudu is assumed by many who think her real to be East African, but in fact she has South African ancestry. Wilson told The New Yorker that his vision of her was strongly influenced by the "Princess of South Africa", a special-edition Barbie doll released in 2002 as one of the "Barbies of the World" collection.

This princess doll is dressed in traditional Ndebele regalia and has a dark skin with sharp European features. Which makes Shudu an illusion based on a Western idea of beauty imposed on an "African" doll.

"Shudu is a fantasy - with or without her white male creator - of a particular version of femininity," said Mokoena.

"Similar to the Princess of South Africa Barbie doll, she is created with the intention of making money and/or enhancing the profile of her creator, and so whatever else she is, she is also a fantasy of a particular kind of social media success." 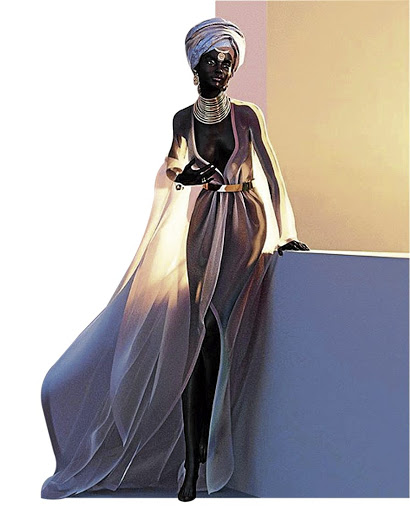 Khumo Theko, a researcher and trend spotter at Flux Trends, calls Shudu an "artificial influencer". These were "computer-generated images designed outside of the gaming sector", said Theko. "They are now used on social media platforms as brand influencers for various companies. In this way, artificial influencers can now hold jobs that were traditionally done by humans."

Theko pointed out that many people already interacted with artificial intelligence technology such as Siri and Google Home. Her view is that Wilson's creation should be appreciated for its innovation and for embracing diversity, rather than criticised for cultural appropriation or inappropriateness.

Those from Generation Z were digital natives, said Theko. They understood social media better than any generation before them and would be more open to interacting with such technology.

The question of Shudu's ancestry might not even occur to them, and it certainly wouldn't matter to them that she isn't real. 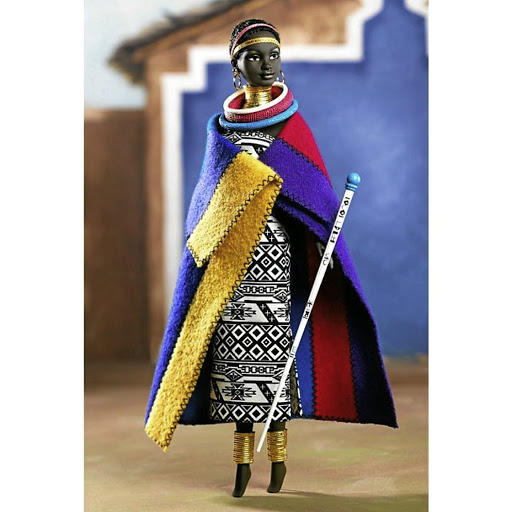 According to her creator, Shudu Gram was inspired by the Princess of South Africa Barbie doll, released in 2002 as part of Mattel's Dolls of the World collection.

The doll's product description says she "proudly wears a traditional Ndebele-inspired dress. Its black and white patterning is topped with a colorful ngurara (intricately decorated blanket) cape. In Ndebele culture, tight-fitting neck rings are considered the most attractive and essential accessories. She wears golden-coloured leg and neck rings called izixolwana.

A golden and red headpiece and hoop earrings give her regal beauty. Finally, she carries her own dancing mace to carry on her heritage"

Barbie’s tagline is 'You can be anything’, but as long as she thinks diversity is whiteness dipped in darker paint, she is fooling no one
Lifestyle
3 years ago

Enter the unreal world of the style icon, musician and internet sensation
Lifestyle
3 years ago