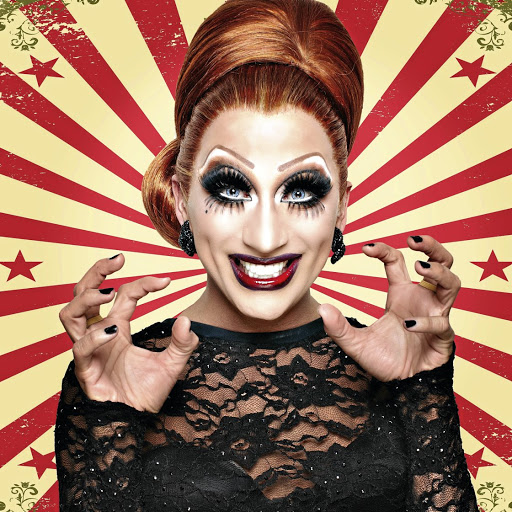 Hurricane Bianca: From Russia with Hate swept through Los Angeles recently, with hair, acrylic talons and false eyelashes as long as an Afghan hound's tail flying through the city of stars.

The comedy, directed by Matt Kugelman and slated for release later this year, is a sequel to Hurricane Bianca (2016). The plot centres on Bianca Del Rio (Roy Haylock) escaping Debbie's (Rachel Dratch) campaign of revenge against her (after being released from prison) by running away to Russia.

Haylock's life changed irrevocably after the final show of RuPaul's Drag Race, Season six, when Bianca was crowned the winner.

With the show, RuPaul became the most successful drag queen in US history and Bianca's trajectory is moving along the same tracks.

Every episode of the show ends the same way, with a shout-out to contestants and audience alike: "Remember, if you can't love yourself, how in the hell are you gonna love somebody else?" And although Bianca's comedy is couched in insults, it's abundantly clear that, along the road to her success, she has learnt to internalise the mantra.

"I knew the show was popular among the gays in the US, but I had no idea how many fans the show has all over the world and how many straight people are fans."

Haylock grew up in Gretna, Louisiana, of Cuban and Honduran descent, the fourth of five children. He moved to New York to become a costume designer, and then to New Orleans to make costumes for the New Orleans Opera. There he started performing as a drag artist in the play Pageant.

"I was living in New Orleans and working, doing five nights a week for 10 years in a bar, and doing costumes and wigs for the opera and the ballet. And then the hurricane hit, and we weren't allowed back into the city for a while. So I went back to New York. I was ready for a change. I was 30, and I felt that what I was doing in New Orleans was great, but it was like golden handcuffs. Nothing would have shifted. When I got back to New York, I thought, Well, shit or get off the pot."

Haylock discovered his inner Hurricane Bianca when a gay wedding in New Orleans needed a drag queen to do a number.

''I'd never done it at the time, although I did have the makings of a drag queen - sewing and wigs and all that kind of magic. I was kind of pooh-poohing the idea," he says.

"Some wedding guests worked at the local bar and they asked me if I wanted to do a guest spot, and the act just snowballed."

Bianca is known for her quick tongue and she often relies on clever comebacks for her comedy.

"One of my favourite moments ever was doing In Bed With Joan Rivers. I killed her. That's what happens when I get in bed with a woman. She dies! Seventeen minutes was supposed to be the cap on the interview, and we did an hour of us cackling and talking shit about everyone. I remember saying something hateful and watching her laughing. That's magic. Nothing compares to that - no amount of money, no love, no boyfriend. To have Joan Rivers go, 'I can't!'"

For decades, drag has been very transgressive, but RuPaul's Drag Race has been accused of being more sanitised than club performances, which are often very raw. But Haylock says the show was like boot camp.

"We filmed it back-to-back, it's pretty intense. You're not privy to information about other contestants. The whole time I was filming I had no idea what was happening. You're in the moment. It's pretty raw and insane in that sense.

We were secluded and could only speak to one another on camera - that can mess with your head, which is why people go crazy

"Then you go away for nine months and it starts airing, and you start to see the narrative and understand what's going on with everyone else. We were secluded and could only speak to one another on camera - that can mess with your head, which is why people go crazy."

Bianca also has a standup act, which she says is crazier than some people would expect. But Haylock is glad that Drag Race is mainstream.

"Eighty percent of the show, we're out of drag, so the audience sees us as human beings and realises that it's not about gender identity. It's about us as people who happen to wear wigs for a living. Many people seem to think that being in drag means you want to be a girl. Being trans and doing drag is completely different."

Each season of 'RuPaul's Drag Race' has allowed for more charisma, uniqueness and talent to shine through
Lifestyle
4 years ago

But despite being loved by many all over the world, Bianca still gets hate mail.

"But do I care? No. I don't know these f*%kers. It doesn't matter. I lived before this. I had a phone that you could only use at home. It was connected to the wall. I don't care what a 13-year-old girl who's fat and in Arizona has to say about me. You don't like it, don't watch it."

Bianca is an insult comic. So what does she think about Donald Trump's amazing aptitude in this regard?

"Yes, he's insulting, but he's not even clever. I don't like looking at him. But it's fascinating to see America think that he's a genius. He had some good lines during the campaign, but he actually talks out of his ass and there's no filter."

Many people seem to think that being in drag means you want to be a girl. Being trans and doing drag is completely different

What does Haylock think are the biggest misconceptions about drag queens?

"I think the biggest misconception is that we all want to be women. That may be the case for some drag queens but not all. I have no desire to be a woman. I like the costumes, hair, makeup, and theatrical aspects of drag. I think the variety is great. It would be boring if we were all the same. The best drag shows are the ones that have a mixture of fishy queens, dancing queens, comedy queens, and singing queens."

• The self-described 'clown in a gown' will be in Cape Town and Johannesburg to perform her show 'Blame it on Bianca Del Rio' from August 10 to 11. Book at Computicket.