Xenophobia in South Africa flared up horrifically and died down again —in the headlines. But two photojournalists covering the field know it never really went away. Their exhibition, 'Killing the Other', is on in Joburg 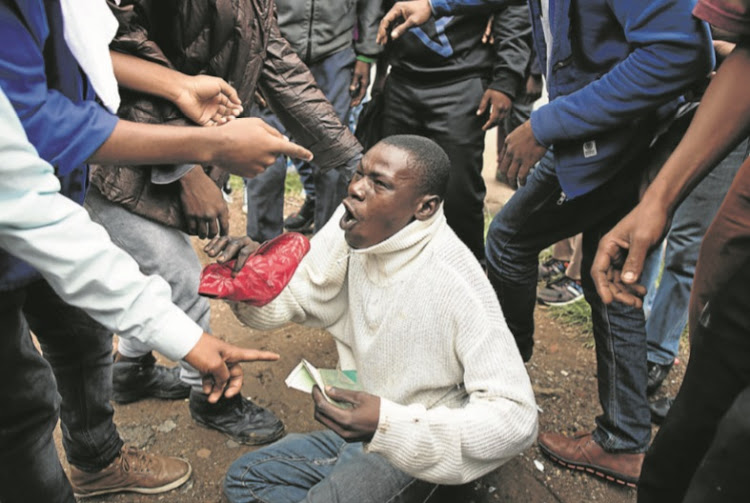 A man produces his South African identity document after being attacked by a group of men during an organised “Anti-Foreigner”march in Pretoria on February 24 2017.
Image: James Oatway

Adesperate-looking man holding an infant under his arm struggles to crawl under the border fence between Zimbabwe and South Africa on the day of Zimbabwe's run-off election in 2008.

He is trying to escape a terrible situation in the hope of finding a better life for himself and his child, but you need only look around the exhibition hall at the Johannesburg Holocaust & Genocide Centre to see what kind of life he may have found in the settlements of South Africa: angry mobs carrying makeshift weapons, fearful immigrants cautiously peeking through gaps in fences at unseen dangers, burning shacks and looted shops.

The xenophobic violence that shocked the nation in 2008 and has continued to sporadically erupt over the decade since is captured in a series of photographs by photojournalists James Oatway and Alon Skuy.

This fascinating photography exhibition in Johannesburg features "rare and unusual images of life in South Africa taken by leading photographers at ...
Lifestyle
3 years ago

Their exhibition, Killing the Other, paints a depressing and horrific portrait of anger, intolerance, the perpetuation of violence against black bodies and the continued high levels of inequality that persist in democratic South Africa.

The events of 2008 had a lasting impact on the two photographers. Oatway recalls that the experience "was a serious shock to the system. I'd already been working for about seven and a half, eight years when the 2008 attacks happened, so I'd photographed a lot of violent protests, but this really shocked the hell out of me and I couldn't believe that something of this extent and with this level of brutality was happening right here in Joburg." 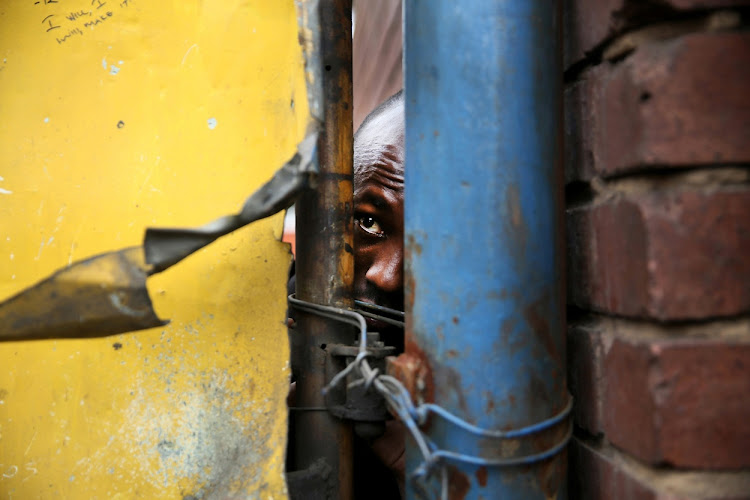 A man suspected of being a foreigner peers through a gap in a fence, while angry locals shout outside.
Image: Alon Skuy 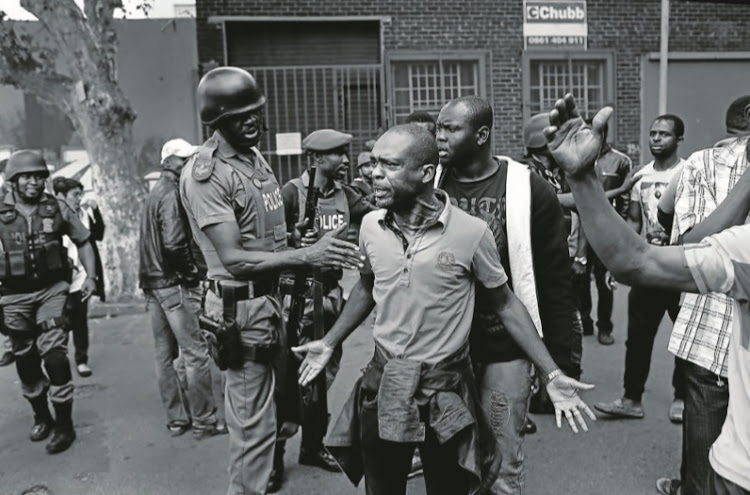 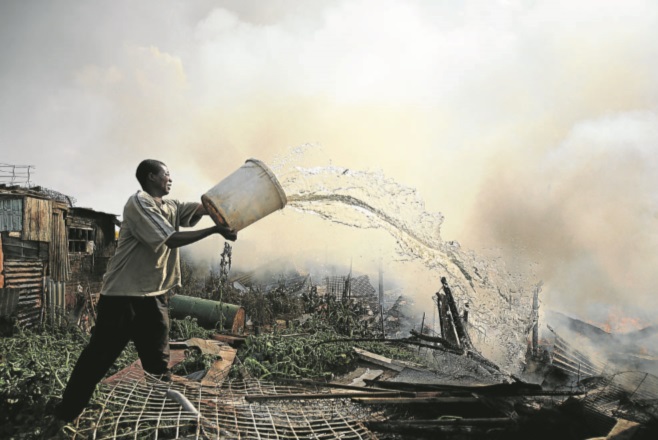 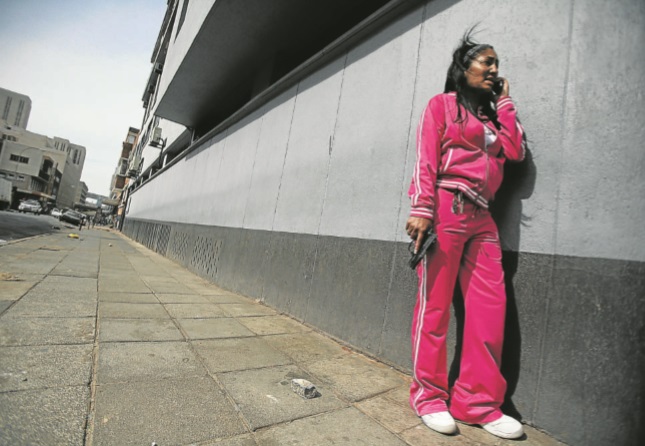 An off-duty police officer in the inner city of Johannesburg as violence breaks out on May 18 2018.
Image: Alon Skuy 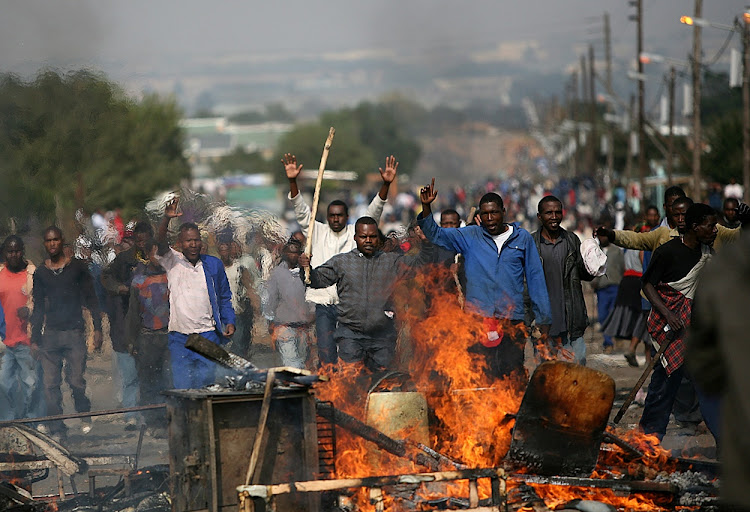 A mob gathers in Reiger Park, during the height of unrest and xenophobic attacks.
Image: Alon Skuy

Skuy, who has also covered his fair share of hairy moments, including the Marikana shootings, felt that during the attacks it seemed as if there was no attempt to quell what was going on.

"There were just these rampaging mobs and 60 people died - a third of them South Africans - and it was obviously disconcerting to see these things going on with no intervention from the authorities."

Over the years since, the pair continued to cover xenophobic attacks in the course of their work and in their own time. When Skuy visited the centre recently for an exhibition commemorating the bombing of Hiroshima, he thought that the space was highly appropriate for work dealing with xenophobia.

"I ran it past the director of the centre and suggested that we do something to commemorate the attacks and have a dialogue around these issues. There really is no other space where we could put such sensitive pictures on the wall."

Sam Nzima: photographer who made history

Under the directorship of Tali Nates, the centre's programme has consistently aimed to expand its focus beyond the Holocaust and to recognise other genocides across the continent and the world. On the 10th anniversary of the first major xenophobic attacks, it is appropriate that this show should be there.

Oatway found the experience of putting together an exhibition challenging. He posits that perhaps there's a bit of a self-imposed mental block as well.

"Us photojournalists don't really think about having exhibitions as much as the art photographers. We always shoot for stories that happen at certain times and the pictures go into the paper or onto websites and then they fall off the edge of the earth. What's also cool about this exhibition is that quite a lot of these pictures were never published. 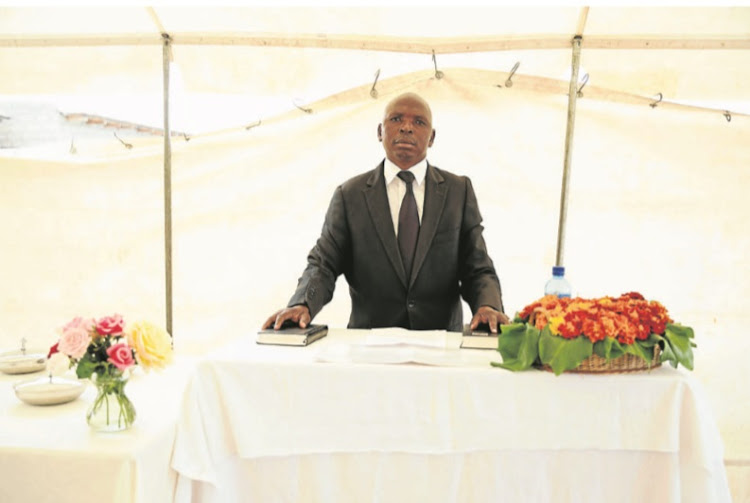 A minister leads a congregation of mostly Malawian migrants in a tented church in Olivienhoutbosch township in Centurion, Gauteng on March 5 2017.
Image: James Oatway 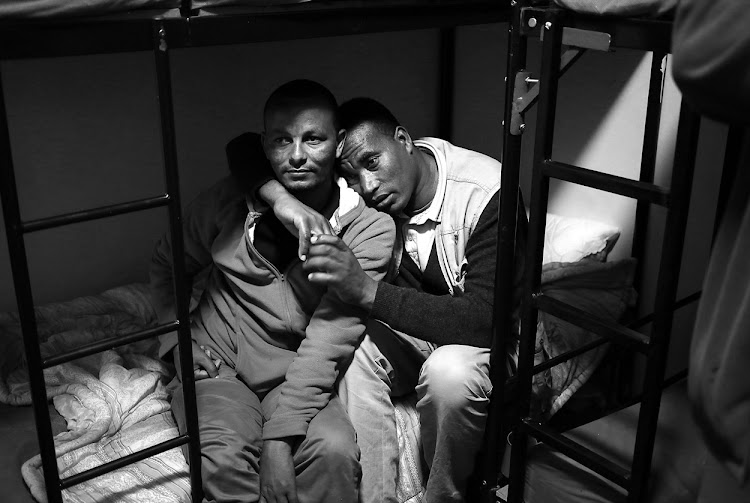 Men from Ethiopia sit on a bed in a room on the premises of a hotel in Grahamstown, torn apart by xenophobic attacks in 2015.
Image: Alon Skuy 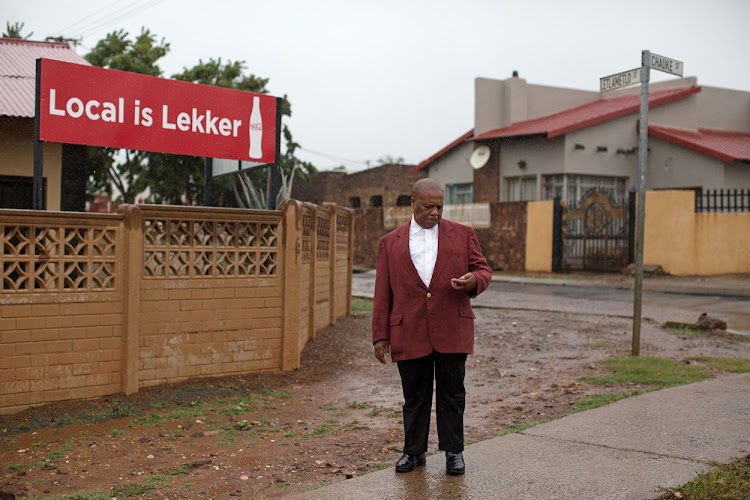 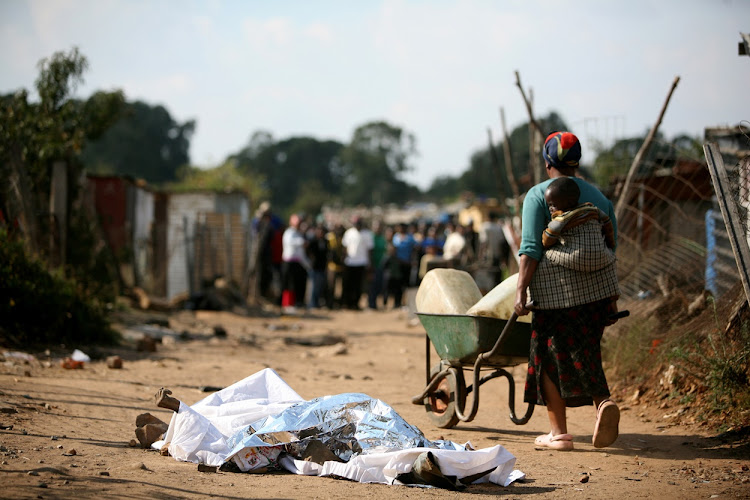 The body of a man believed to have been killed in overnight violence lies in a street in the Ramaphosa squatter camp east of Johannesburg. It is alleged that his killers tried to set him alight.
Image: Alon Skuy

"Those that were, were published briefly at the time in 2008 or 2015. So it's cool to dig them up, sweep off the dust and see that there's still importance in them. It's amazing to see them printed big and exhibited on the walls -that's something that photojournalists should do more often because we're covering important events."

As we walk though the show, Oatway, the former chief photographer of the Sunday Times, is at pains to make clear that he and Skuy (currently still working for the paper) are well aware that they are white males and that the subjects of their photographs are black people, suffering.

"I think we've managed to portray real events and I don't think that would be different if we were black," says Oatway.

"The selection of pictures where we've shown violence is the result of long, hard debates about what to exhibit and what not to show. A lot of the pictures show black people in some sort of distress and that's also a reason why we tried to add into the selection quieter moments of people showing compassion, as well as portraits which show migrants not in a state of distress but rather in their day-to-day environment."

If there's one thing viewers hopefully come away with, it's the stark reminder that beyond the gaze of cameras and the media, life for immigrants continues to be fraught and carried out in the shadow of threats to their life and livelihood.

Their existence manifests under the various guises of frustration about crime or drugs or prostitution that don't excuse the perpetrators from the change in attitude necessary to remedy the situation.

For Oatway, xenophobia is an ongoing crisis. "It's not over. This shit is happening in 2018 South Africa and despite all the other problems that play out on Twitter, we're not talking about it. There are still two very distinct worlds we live in in South Africa, so I hope people ... take stock of that."

• 'Killing the Other' is at the Johannesburg Holocaust & Genocide Centre till July 1 2018.