The 2018 Soccer World Cup is the first time video assisted refereeing is being used in a major tournament. Claire Keeton ponders whether this tech should be classed as an innovation or an intrusion 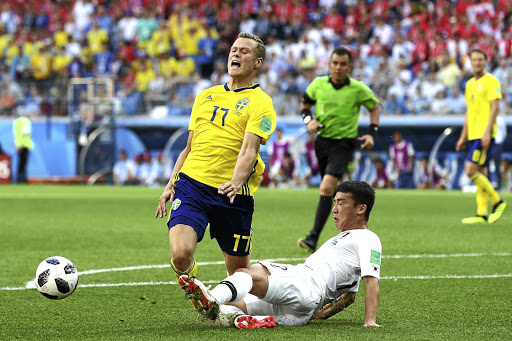 While watching the opening games of the Fifa World Cup this week I was struck by a thought: with the world supposedly hurtling towards the inevitable takeover of human activity by artificial intelligence, how long will it be before sports tournaments are played by robots instead of human beings?

This may sound absurd because part of the joy of sport is to encounter the levels of fitness and training humans are able to achieve to become competitive, but, in a brave new world, wouldn't it be equally interesting to watch one country's technology square off against another's?

While the advent of sports tournaments between robots may be some way into the future, the current World Cup features the intrusion of technology into the games in a more subtle way — the video referee is being used for the first time in a major tournament. Yes, this is the first major football competition in which decisions in all 64 games will be subject to review by a team of off-pitch officials watching video footage of the game. 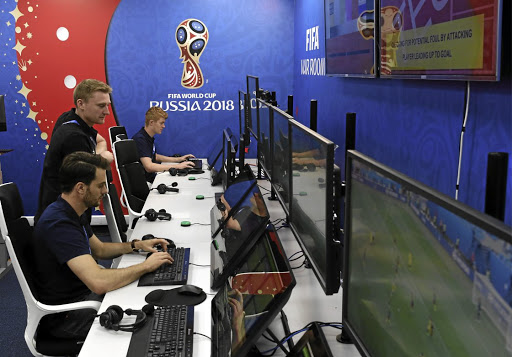 Fifa has appointed 13 officials to perform the roles of VAR (video assisted refereeing). They operate from Fifa headquarters in Moscow and each match has one VAR and a team of three assistants who have access to footage from 33 cameras, eight of which record in slow motion.

If the team discovers an error, the VAR contacts the referee on the field via an earpiece, advising him either of an error, or that he should check a decision himself on a screen that's mounted on a covered pole to the side of the field.

There are only four situations in which the on-field referee's decision is questioned. These are: goals, penalties, red cards and cases of mistaken identity. But the decision is ultimately left to the referee at the game, in person.

The aim of the new technology is to cut out quirks of perception by officials who may have subconscious psychological subjectivities that mar their decision-making ability, and to ultimately make the game fairer.

As viewers we've become accustomed to the sight of strident officials in their neon kits puffing themselves up to square off against protesting footballers who've fallen foul of their decisions.

For a long time the referee has been unimpeachable as he fiddles with his earpiece with a look as stern as the fault-facing footballer's look is menacing. He's a figure we love to hate.

Now the introduction of an electronic element threatens to diminish the authority of the ref as well as the experience of watching the game in the stadium as the action gets stopped so that screens can be watched.

Footballing officials have to follow a fast-moving, free-flowing game and they can't watch all 22 players at once. The reality of this is both an argument for and against the inclusion of technology in the matches. Though it makes the decisions more accurate - the level of accuracy increased from 93% to 99%, reported Fifa officials during trials of the technology - it definitely does interrupt the flow of the game, and could overrule goal celebrations in retrospect, which would be unfair to supporters.

As a person who can't help but feel some trepidation about the handing over of our human agency, with all its fallibility, to machines, I am reluctant to believe that VAR is not going to diminish the enjoyment of the game. Part of what we love about football is that it's a little chaotic and open to interpretation, a lot more than other sports.

As Barney Ronay of the Guardian newspaper puts it: "There is no objective truth in football. Instead the idea is to play the game at the very edge of what is defined as football and what is defined as foul, an interpretation of various physical movements that depends on the application of a set of descriptive words. What amounts to a grey area is itself a grey area. The areas for debate are always up for debate."

Ronay concludes: In the end it boils down to what you think sport is for. A distantly consumed third-person spectacle, part of the digital leisure experience? Or a game that is a reflection of life, made up of moments of ragged, oddly shaped, endlessly evasive beauty.

Yes, Maradona scored a goal using his hand in the 1986 tournament, which won Argentina the quarterfinal against England and won that goal the eternal reference: "Hand of God". This, of course, would have been overruled by VAR.

But, as one football fan puts it, the "Hand of God" has a better ring to it than the "Eye of the Machine".