From Pusha T's 'Daytona' to Teyana Taylor's 'K.T.S.E.', Kanye West's record label released a new project every Friday during June, but not all of them lived up to expectations

If you're a fan of new music then the past five weeks have been akin to a restaurant lobbing copious new menu items into your mouth.

That's largely thanks to Kanye West's record label G.O.O.D. Music. Starting at the end of May with Pusha T's Daytona, the label has released a new project every Friday, taking fans on an emotionally exhausting roller-coaster ride of expectation versus reality.

Teyana Taylor's K.T.S.E. was the final salvo in G.O.O.D. Music's month-long sonic barrage and as the smoke clears we are left with an obvious question: how good has G.O.O.D. Music's rollout been?

Daytona was where it all began. It was the label's big bang and by jove it was loud. The album itself was masterful, an incredibly dense seven-track dose of Virginia's finest musical cocaine. The former members of rap duo Clipse had made fans wait three years for a new album and consequently expectations were high. The finished product exceeded them. 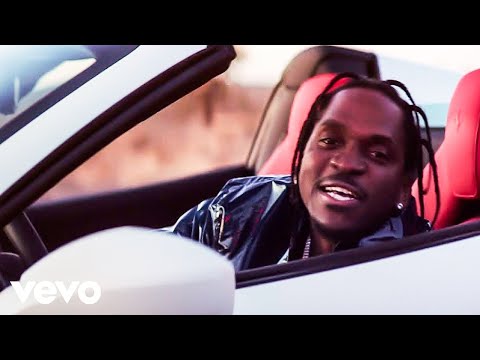 Rappers regularly claim to be the best in their field but with Daytona, Pusha T showed that his were not idle boasts. In the end though, none of that really mattered because the enduring legacy of this album will be the titillatingly vicious feud it sparked with Drake. One that revealed how Drake had done blackface and was hiding a child, and that received international mainstream news coverage.

The album was a bold statement of intent and created a perfect storm of anticipation for what was to follow.

What followed was West's album Ye. While its quality can be debated until your absent father comes home, what cannot be doubted is West's ability to draw attention to himself.

In the lead-up to this album's release, West painted himself as public enemy No 1. In what looks suspiciously like a superb piece of strategic marketing, West stoked the ever-combustible embers of Twitter outrage into a furnace with lamentable comments about slavery and a budding bromance with Donald Trump. Thus the pressure was on. The album would have to be spectacular to earn him forgiveness.

LISTEN | All Mine by Kanye West 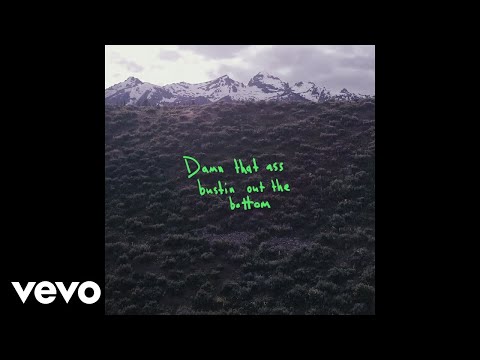 This is not to say that it was not a great album - but great and spectacular exist in different parts of the atmosphere and Ye didn't quite reach the exosphere, its highest level.

The next album to be released was Kid Cudi and Kanye West's Kids See Ghosts, which was another example of how time out of the public eye fans the flames of expectation.

Cudi took a few years off to deal with mental health issues. His previous album Man on the Moon influenced a generation of musicians. Kids See Ghosts was expected to have a similar impact. The end result was underwhelming at best.

With the exception of the track Reborn, the album sounded rushed and sloppily put together. If the pressure on a joint Cudi-West album was high, the next artist must have felt like he was being compressed, like coal into a diamond.

Few people in the hip-hop world have been victimised by their success the way that Nas has been. A little over two decades ago he made one of the best albums, Illmatic, that hip-hop fans had ever heard. His discography since then has been spotty. Sure, he's released some great albums but he's also dropped his fair share of clangers.

He still gets judged by the standards of Illmatic. His latest album, Nasir, was nowhere near that. This isn't to say it was a bad album, it just wasn't as good as his best. Starting off with a glorious, melodramatic intro, the rest of the album trailed off into mediocrity.

It was fun to hear Nas rap about the plight of blacks in the US but it also sounded like many of his verses had been mailed in and then carelessly laid onto beats that didn't always match their cadence.

Perhaps the lowest-profile artist on the G.O.O.D. Music roster, Taylor's album K.T.S.E. came as a surprise to all. Not because its release was a surprise, but because no one expected something this delicious.

Taylor's album is a vividly sexual exploration of life, love and threesomes. It's the kind of album you listen to when sexily feeding someone strawberries or reminiscing about a wildly romantic encounter you once had.

G.O.O.D. Music has tried to take over our airwaves, screens, download platforms and listening time this June, and in one sense West's label has succeeded. The constant output drowned out everyone else operating in the mainstream hip-hop and RnB space.

So much so that people are only now remembering that Drake, arguably the biggest artist in the world, was set to release an album at the end of the month.

From a quality perspective, however, their efforts were far from consistent. Daytona was magnificent. K.T.S.E was delectable. The rest vacillated between meh and the kind of music you need to be in a very specific mood to enjoy.

West's Ye occupies an odd space among the five albums because it is sonically interesting but not good enough to be counted with his previous masterpieces like My Beautiful Dark Twisted Fantasy or Yeezus.

As a whole, G.O.O.D. Music missed more than it hit, but when it did hit, the ball sailed out of the stadium.