How did the Kardashian Jenner family become so successful? 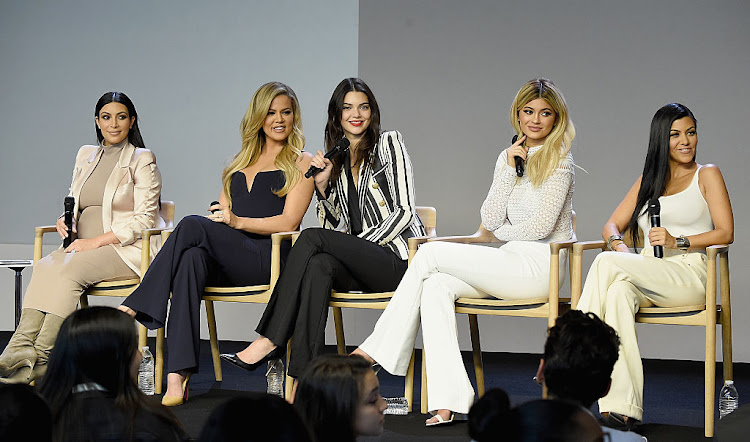 Since Keeping up with the Kardashians first aired ten years ago, the Kardashian-Jenner sisters have risen from bit players in a reality TV show, to international celebrities and household names. In a society where beauty and wealth seem to be valued above all else, it’s easy to see why Kourtney, Kim, Khloé, Kendall and Kylie are idolised as paragons by women and girls around the world.

The Kardashian-Jenner sisters are multi-million dollar personal brands, with potent cultural influence; not long ago, Kylie Jenner reportedly wiped £1 billion off the stock market value of Snapchat with a single disparaging tweet. They navigate the changing media landscape with expert precision, and their constant presence across both mainstream and social media only reinforces their power and popularity.

As a psychologist interested in how media, social media and technology shape the lives of young people, I have watched the evolution of “Kardashian Kulture” with great interest. With a combination of social, cyber and media psychology, it’s possible to understand the influence of the Kardashian-Jenner brand – and its limitations.

As people become more aware of the editing and airbrushing which helps to create the images of beautiful, glamorous models seen in magazines or on Instagram, they find them easier to dismiss as fake. This, in turn, helps counter the dissatisfaction which comes from comparing your body to others’. But the media-savvy approach of the Kardashian-Jenner sisters has made it difficult for us disregard them in this way.

When we are privy to their everyday activities, we begin to identify and relate to them

Keeping up with the Kardashians provides carefully choreographed glimpses into the glamorous and entertaining lives of the Kardashian-Jenner sisters. Social media adds even greater depth and detail to this “reality”. Snapchat, for example, gives the sisters a tool to provide candid glimpses into their daily lives, which – like all Snapchat content – are only momentarily available.

When we take these seemingly intimate peeks inside the lives of the Kardashian-Jenners, we not only start to believe that what we’re seeing is real – we also begin to think that they are just like us. When we are privy to their everyday activities – from sibling squabbles and family dinners, to marriages and motherhood – we begin to identify and relate to them. This identification increases our interest in them – and their influence over us.

THE SHOW MUST GO ON

But it’s important to remember the lifestyles they present are still carefully curated – with the help of “momager” Kris – to appear as desirable as possible. Though we see the sisters go through trials and tribulations, the life they present is ultimately a desirable one - filled with happiness, love and success.

When we aspire to Keep up with the Kardashians, we don’t just aspire to have their wealth and beauty; we want all of the other benefits, too – the close, happy family, the superstar love interests and the carefree luxury life in Calabasas. Not only that, but as expert marketers they make living like a Kardashian-Jenner feel like an achievable goal - and we’re more motivated to copy celebrities if we think their success is attainable.

If you were to ask me five years ago if I ever saw myself being completely in love with fitness and health. That I would be an inspiration to many others, that I would be the push that others needed to find their way. I would've laughed in your face. Me? The chubby one? No way! But now I can't see myself ever stopping! I am completely honored and taking my role seriously in helping motivate and teach people what I had to learn to better myself from the inside out. Becoming stronger mentally so I can't let the little things break me down. I see myself only getting better and better! I can't believe how far I have come! I almost can't believe that was me! If you've lost your motivation don't beat yourself up about it, negative thoughts only turn into negative realities. By keeping positive about your body, your inner health, your mental sanity, your fitness and what you're trying to achieve, you're way more likely to succeed. My fitness journey was for myself and myself alone. On my terms and on my timeline! Cheers to us becoming better than we were yesterday! #RevengeBody

Kylie lip kits, Kim contouring palettes and Khloe “revenge body” workouts are all readily available, which means that for the right price, you too can be a Kardashian-Jenner. And for those of us who watched the sisters grow richer, more beautiful and more successful over the last ten years, the Kardashian-Jenner brand seems particularly credible. If it worked for them (we tell ourselves) it will work for us.

On the flip side, these thoughts can create insecurities you never knew you had – a desire for fuller lips, smaller waist or more defined jaw, perhaps? And of course, the Kardashian-Jenner sisters directly profit from the remedy.

But like all celebrities, the Kardashian-Jenners rely on an interested audience to sustain their appeal. When Kylie Jenner tweeted she was “sooo over” Snapchat, she was tapping into the dissatisfaction felt by millions of other teenagers with the platform’s interface upgrade. But immediately after the debacle, Kylie sent another tweet reaffirming her love for Snapchat – after all, it’s a crucial tool for maintaining her popularity with her largely teenage fan base. It would seem that Kylie Jenner’s fortunes are as dependent on Snapchat, as Snapchat’s are on Kylie Jenner.

And although the Kardashian-Jenners have gained mass appeal by embodying the dominant cultural values of wealth and beauty, they are not for everyone. Not every teenage girl will buy into their beauty standards, or aspire to their wealth. And from a psychological perspective, there is much to be learned from the resilience of these young women – indeed, their example has helped to shape some of my own media literacy programmes. The fact that the sisters have overstepped at times has also tarnished their appeal, as the backlash to Kendall Jenner’s tone deaf Pepsi advert and Kim’s irresponsible endorsement of “appetite suppressant” lollipops has shown.

Love them or hate them, the Kardashian-Jenner sisters have used their intuitive understanding of media and cyber psychology to harness the power of a fast-changing media landscape.

And it’s not always to the benefit of their loyal followers: the Kardashians are likely well aware there’s money to be made selling teenage girls “solutions” to the insecurities they arguably help to create. But young people are waking up to the ways Snapchat and Instagram can be used to curate a perfect “reality”. Hopefully, with time, Kardashian Kulture will become less a source of social pressure, and more a guilty pleasure.

• Beth Bell is a senior lecturer in Psychology at York St John University.

Don’t sneer at reality shows: if you’re on social media, you’re in one

Were we really expecting Khloe Kardashian to name her baby Kelly?

It's True: the stranger the celebrity baby name, the more fascinating we find it, writes Paula Andropoulos
Lifestyle
3 years ago