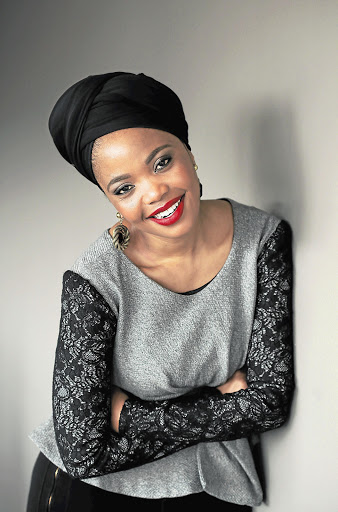 Set in London in 2017‚ Faces follows four story-lines of a group of characters as their lives begin to unravel.
Image: Raymond Preston

Award-winning actress Terry Pheto says she immediately accepted when the director contacted her to star in the new movie Faces.

Showing the impact of living with Aids in 2018‚ the movie from award-winning British-Nigerian director Joseph A Adesunloye will have its world premiere at the Durban International Film Festival on Sunday night.

The 82-minute drama tells of the shared experience of minority communities.

“When the director contacted me‚ I said yes immediately‚” said Pheto. “I always want to challenge myself and get out of my comfort zone.”

She said she met Adesunloye in the UK when she was there in 2017 to collect her award as best supporting actress for her role as Naledi Khama in the movie A United Kingdom at the National Film Awards UK. The movie tells the love story of Botswana's first president Seretse Khama and Londoner Ruth Williams.

“He approached me there and said he wanted to work with me‚ so when he started this project he gave me a call.”

She also won Best Actress - TV or Drama in 2017 for her role as Winnie Mandela in the BET series Madiba.

Pheto plays Aisha‚ a woman trapped in a marriage that has lost its lustre. But when her wish to get pregnant finally becomes reality‚ she receives some unexpected news.

Oscar-winning actress Charlize Theron listened to dozens of pupils in the township of Sweetwaters outside Pietermaritzburg on Thursday about life in ...
News
3 years ago

“The character resonates with me. She’s a strong and smart woman and has issues that women face daily in society. Issues like being oppressed in society‚ living with HIV‚ domestic violence‚ religion and sexuality‚” Pheto said.

“I hope when people watch the film it will start to open discussions around these issues in our own communities. This film will give a peek into people’s realities”.

The actress said the character reminded her of her first role as Miriam in Tsotsi - which won her an Oscar - as both women suffered oppression. She later went on to star in Mandela: Long Walk to Freedom.

Set in London in 2017‚ Faces follows four storylines of a group of characters as their lives begin to unravel.

Pheto said the audience can expect a beautifully shot movie with phenomenal actors.

She said for a movie to be shot in London and premiere in South Africa meant there was a shift in the industry and there was no need to move overseas.

“We shouldn’t abandon our industry and move to Hollywood when we have so many stories to tell locally.

“Stories travel the world‚ and the world is more open to new content that people relate to.”

“There are people who are chasing the Hollywood fame and there are those who want to tell our stories‚” said Pheto‚ who also owns film production company Leading Lady.

“I believe there’s a need to produce our local content for the British and Hollywood market.”

Although Black Coffee has not commented on the incident, he did post a message on Twitter that many saw as a prayer for Enhle.
TshisaLIVE
3 years ago

Wanna know what Pasi's inspiration is? It's yáll!
TshisaLIVE
3 years ago