'Insatiable': fat shaming or criticism of our beauty-obsessed culture?

'Insatiable' sparks a heated debate as a 100,000 strong petition calls for Netflix to pull this revenge comedy series about a teen who triumphs after losing a ton of weight, writes Andrea Nagel 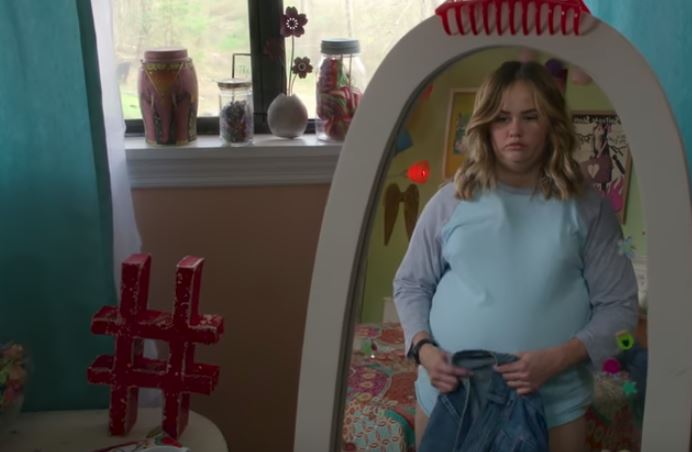 With a premise like this, there was bound to be controversy. Netflix's new series, Insatiable, described by them as "a dark, twisted revenge comedy", sees Disney actress Debby Ryan ensconced in a fat suit-playing teenage schoolgirl Patty - bullied and ostracised because of her weight.

After being punched in the face so hard that her damaged jaw must be wired shut, she starts to lose a substantial amount of weight on summer break. She returns to school as the swan that's grown out of the ugly duckling and is now deemed "hot" by her previously dismissive peers.

Oh yes, she also has some fat reduction surgery while she's at it - why not, since she's in the hospital anyway.

It took a punching in the face and some invasive surgery, but now Patty is so hot that she stands a chance of winning the beauty contests she starts to enter. This she sees as a way to exact revenge on her fat-shaming tormentors.

That Netflix didn't see coming the 100,000+ petition to cancel the series is one of the wonders of the modern world.

The creator of the petition, feminist activist Florence Given, argues that the show "perpetuates not only the toxicity of diet culture, but the objectification of women's bodies".

She also believes that the series will "[create] self-doubt in the minds of young girls who will think that to be happy and be worthy, they need to lose weight." And she points to potential health hazards, claiming that the series "will cause eating disorders" and that "the trailer has already triggered people with eating disorders."

WATCH | The trailer for Insatiable

Though it's important to keep the boundaries between reality and fiction clear, there's no doubt that what we see on our screens both consciously and subliminally affect our behaviour. As early as 1972 psychologist Victor B Cline noted that studies had amassed a great deal of evidence that repeatedly and powerfully showed that characters on TV and in movies can teach behaviour patterns and influence or even change opinions, attitudes and values.

But the show's cast were quick to defend it. Ryan tweeted: "We're not in the business of fat shaming. We're out to turn a sharp eye on broken, harmful systems that equate thinness with worth."

We're out to turn a sharp eye on broken, harmful systems that equate thinness with worth

She also pointed out that the series is created by women - Dexter writer Lauren Gussis no less - and defended its "whip-smart female creators that [aim] to dissect the insidious pressure we place on young women".

Another of the show's stars, Alyssa Milano (Charmed), tweeted that the show did not "fat shame" its central character, but instead: "addressed (through comedy) the damage that occurs from fat shaming".

I'll have to wait until the show is released on Netflix in August to make up my own mind about whether the show is a disgraceful perpetuation of judgements based on body shape, or whether it gently criticises this stance through comedy.

In the meantime, Ryan's position is clear: "I hope fans will wait and watch the show before passing judgment.

"If you go for this ride, I think you'll recognise both yourself and the things that make you mad about our fractured and beauty-obsessed culture."

I'll be sure to keep my sense of humour intact while I wait.

Does thinking you look fat affect how much money you earn?

Researchers Patricia Smith and Jay L. Zagorsky explore whether how we perceive our body weight affects our prospects in the job market and our ...
Lifestyle
3 years ago

If you're a woman, shopping for clothes is like playing roulette - you have no idea what number you'll end up with. At one shop you're a 10, at the ...
Lifestyle
3 years ago