Coming attractions: what to expect from the 2018 Mercedes-AMG C63

Mercedes-Benz's newest AMG C63 is due to hit SA shores later this year. Brenwin Naidu gets a preview 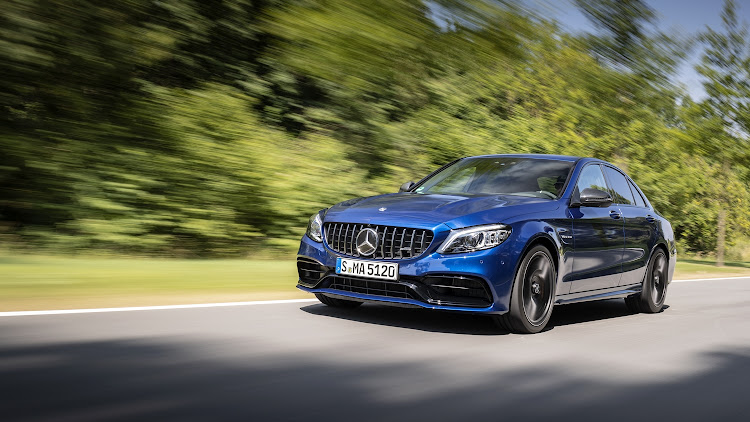 Bilster Berg Rennstrecke is the kind of facility that readjusts the expectations of what you thought defines a challenging circuit. Our chaperones described it as a miniature Nürburgring Nordschleife — a bit of an oversell to be honest — but we digest the comparison anyway.

One of the corners is referred to rather cutely as the mousetrap. You scurry up into a blind rise, realise you probably should have grabbed some anchors earlier and get spat down a spiralling, carousel-like left-hander. By the time you emerge on the other side, your testosterone glands have worked so hard that your five o’ clock shadow has become a full face of whiskers.

A nobler reason for a boy or girl to have a beard methinks, than for the reasons held by some of our furry-countenanced friends posing in Parkhurst.

What makes it such a lively playground is its relative shortness interspersed with gratuitous elevation changes. Think of it as the possible outcome of a one-night stand between Dezzi Raceway in KwaZulu-Natal and Zwartkops Raceway in Gauteng.

The track is located in the Paderborn region of Lippstadt in Germany, an area spliced by a river that yields water with near mythical levels of quality and refreshment. Our Capetonian colleagues could scarcely contain their excitement. 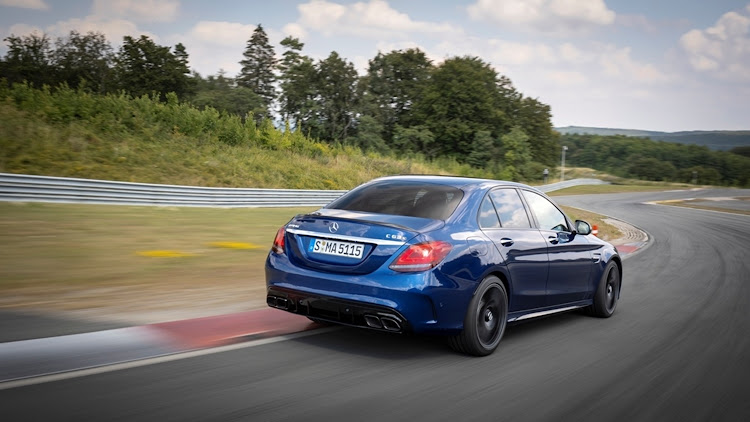 Frankly I couldn’t have given a dam about the significance of this H20-richness, as I chased the lurid green backside of a Mercedes-AMG GT R pace car up the post-mousetrap climb. My face wasn’t any more whiskered, blame that on glandular issues. But I was rather happy that I’d opted for the brown chinos that morning.

And our weapon? The new-for-2018 Mercedes-AMG C63, which is set to arrive on South African shores later this year. The upgraded version of the regular C-Class line launches in South Africa this week. According to the younger readers of this fine publication, the three-pointed star is worth the most currency in the economy of automotive brand cachet. More so, apparently, then its contenders from Bavaria and Ingolstadt.

THE EVOLUTION OF THE C63

Back when the first iteration of the Mercedes-AMG-fettled C-Class was launched, its biggest job was to play catch-up to the BMW M3. The C36 (W202) was launched in 1993, although it was never officially sold in South Africa. The model employed a six-cylinder engine with an output of 210kW and 385Nm. A more potent follow-up came in the form of the C43, this time boasting an octet of cylinders.

Our market had its first acquaintance with the C-Class AMG when the rounded-light W203 series arrived, spawning the C32 and C55. And then came the mighty W204 C63, packing a sizable 6,208cc displacement, offering as much as 380kW and 620Nm in its most feral Black Series guise. Yoh! What an incredible din this power source made through its gaping tailpipes. Underlying menace and rolling thunder at town speeds, transforming into an unfettered and truculent storm at full-chat. And yet, the ink spilled over the V8 M3 of the day generally seemed to be more gushing in sentiment. Let’s also spare a moment for the Audi RS4 — a nameplate that ’s sort of faded into the periphery in this company.

Luxury then & now: the evolution of the Merc S-Class

Brenwin Naidu compares the Mercedes-Benz S350d with its ancestor, the 1972 280S
Lifestyle
3 years ago

Anyway, fast-forward a bit. In 2015 Mercedes-AMG launched the W205 C63. Armed with a twin-turbocharged 3,982cc mill, what it lost in engine displacement versus the old car, it made up for with its improved levels of poise and usability.

Which should not be inferred as a nicer way of saying it grew meek. Far from it. Despite the more polished nature, however, the superior agility and zest of the BMW still lingered in the minds of evaluators. In our own track battle published in October 2016, the latter car emerged on top, with our resident racing driver claiming to prefer its lighter, more focused nature.

Maybe this is always going to be a debate of textures: the brutish C63 may always be an endearing and stocky bulldog with the M3 embodying the frenetic liveliness of a rottweiler that hunts birds for fun. I guess buyers will decide with their spending power.

The 2018 Mercedes-AMG C63 retains most of the hardware of its soon-to-be replaced 2015 predecessor. Except the transmission — now borrowing the nine-speed unit from the bigger E63. You still get an electronically controlled limited-slip differential for the rear axle, while power remains the same: 350kW and 650Nm in the standard car, or 375kW and 700Nm in the S version. Sprint times are quoted as 4.1 seconds and 3.9 seconds respectively.

What may befuddle is the sheer excessiveness of driving modes. In addition to six general settings for the car itself, the traction control system offers nine levels that permit varying degrees of slip. Level one offers “high safety reserves” says the manufacturer. And the last level should probably not be chosen for your mousetrap pursuits unless your name is Maximilian Götz. 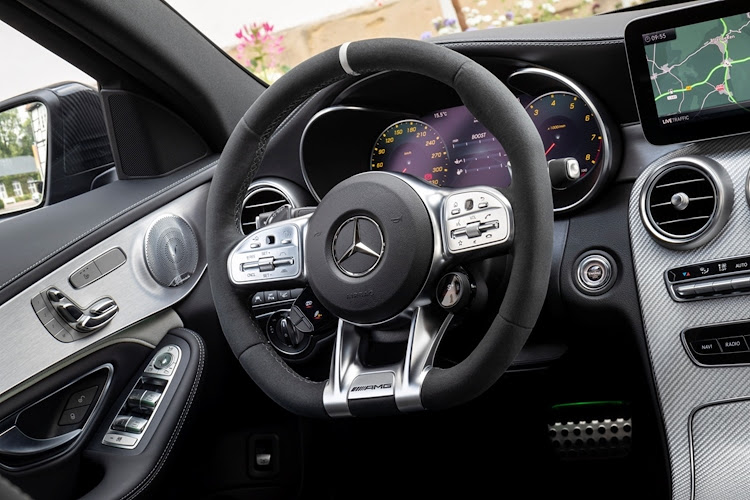 The interior of the Mercedes-AMG C63.
Image: Supplied

You would be hard-pressed to tell what’s been changed on the outside. There are additional smatterings of trim here and there. And the interior benefits from the changes seen in the new non-AMG C-Class, which includes an updated infotainment system. A redesigned steering wheel integrates rotary dials for all those earlier-mentioned modes, just like you can get in a contemporary Porsche.

In truth, no mousetrap test was required to report that there wasn’t much wrong with the outgoing C63. But in addition to having the honour of being the only eight-cylinder car in its segment, the model’s popularity will be bolstered by the tweaks and technological enhancements.

A Merc for millennials: new A-Class is like a 'tablet on wheels'

The fourth-generation Mercedes-Benz A-Class is better than its predecessors, even if its rear looks like a blatant copy of a more affordable Korean ...
Lifestyle
3 years ago

Audi RS3 Sportback: the RS should stand for rocket ship - it's that quick!

If you found the sedan too plain, then the Audi RS3 Sportback, which has the same power specs, is the one to get, says Thomas Falkiner. He answers ...
Lifestyle
3 years ago