Digital nomads: what it’s really like to work while travelling the world 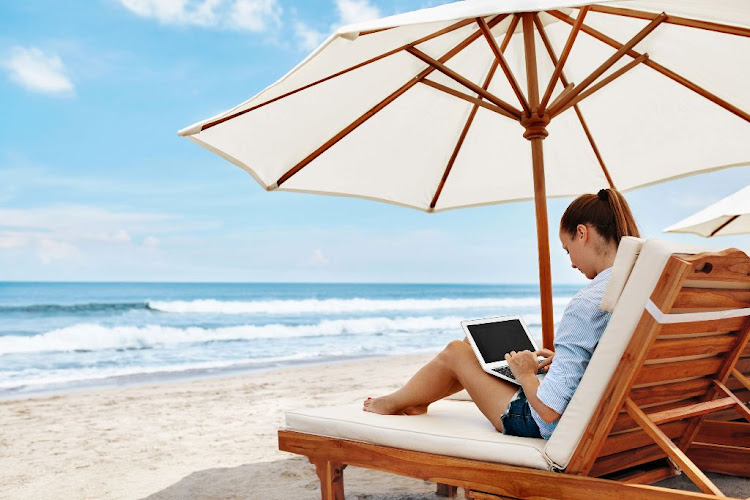 Working while travelling the world may seem like an escape from the drudgery of office life, but there are some pitfalls to it as well.
Image: 123RF / Puhhha

The phrase “digital nomad” summons the trope of joyful millennials who escape the daily grind to travel the world, working with laptops on far flung beaches. Bullish statistics are regularly regurgitated: “There will be one billion digital nomads by 2035,” the headlines declare.

As an anthropologist, I started researching digital nomadism in 2015. It took me three years to develop an understanding of what might be going on, behind the corporate jargon. I can’t offer hard statistics: until new systems such as Estonia’s digital nomad visa– an easy route for people to live and work in Estonia for a year – get off the ground, no one can. But I’ve met hundreds of people who think of themselves as digital nomads – and many more who have dreamed about becoming one.

The first thing I learned is that how people feel about the label “digital nomad” changes over time. People starting out often assume it’s a permanent lifestyle – but that’s rarely the case. As one participant explained, “I went to a conference, drank the cool aid, went to Thailand. But I don’t go around calling myself a digital nomad now, it’s a bit naff”.

Indeed, there’s still debate about whether it’s a buzzword or a bone fide phenomenon. Some have even tried to define how “authentic” a digital nomads is, by how much they move from place to place. And online forums such as Reddit play host to heated debates about who’s a real digital nomad, and who is merely “tedious and self-promoting”.

Most of the digital nomads I spoke to, who once had static jobs, told me that they were escaping from deeply rooted problems in the contemporary Western workplace. A common trigger is economic: one of my respondents, Zeb, was working three restaurant jobs to make the rent in San Francisco. The city sucked up all his time and money. This scuppered his plans to sell recycled products online. Swapping expensive California for affordable South-East Asia helped Zeb to launch his own business.

Despite the red tape for those holding a 'Green Mamba' passport, the gap year abroad remains a popular rite of passage for young South Africans
Lifestyle
3 years ago

Even more common are objections to bad work cultures. Lissette, a skilled translator from Hamburg, Germany is able to produce high quality work quickly. She soon tired of the culture of subtle bullying and presenteeism at her workplace. She explained, “I’m efficient, I like to get the work done and leave on time. Other staff were obviously scared to leave first, so would sit at their desks on Facebook”.

Activist and anthropologist David Graeber uses the phrase “bullshit jobs” to refer to pointless work: apt, given that nearly 40% British adults believe their jobs are meaningless. This could be expanded to include bullshit housing( poor quality and too expensive), or bullshit economies, which don’t provide young people with wages they can live on. Faced with these challenges, it’s hardly surprising that those new to the world of work are already desperate to escape.

CEO OF ME INC.

Yet there are certain complexities that come with living as a citizen of the world. As Lissette said, “digital nomads can quickly become isolated or unaccountable”.

Digital nomads have to shoulder responsibility for almost every aspect of modern life: their mental health, daily routine, income, safety and shelter. Most digital nomads travel on tourist visas, which require them to up sticks and move regularly – an experience my participants have described as disorienting.

On top of all this, many digital nomads run their own businesses, and face pressure to develop distinctive personal brands. They often can’t attend in-person meetings or pitches, so they need an online marketing strategy that will get them noticed and win clients.

Workers are forced to think of themselves as the “CEO of Me Inc.”: this means having a unique brand, a marketing strategy and sales skills. They often have to do their own graphic design, copywriting and web design as well. Anthropologist Iliana Gershon has explored personal branding in Silicon Valley, and found that many workers there need such skills just to get a job in a traditional office. So digital nomads are taking this trend to a new extreme.

For those digital nomads who make a living as professional bloggers, it’s also part of their job to sell the lifestyle. As a result, many try and project a stable, and happy image online. Lissette explained:

There’s a danger, that when my aunt looks at Instagram, she sees that everything looks so happy here on the beach. Of course, my digital identity always looks happier than my life is.

But at some point, most of my research participants have lamented the loss of some aspect of location dependence, a chat over a water cooler, regular work hours, an office party. They miss some of the things they are escaping.

It’s hardly surprising that blogs and articles aimed at digital nomads obsess over the recurring themes of productivity, resilience, positive thinking, focus and mindfulness. But the flipside to all this relentless positivity is burnout. As one participant told me, “it’s all too easy to lose yourself in a sea of choices”.

As social entrepreneur Sam Applebee explains, burnout creeps up on people slowly, while “your self-awareness and the ability to save yourself erodes”. Many nomads I’ve interviewed just pack up and go home without telling anyone. Others pop home because they had too much stuff stored with friends and family, fully intending to go back out on the road – but never do.

Digital nomadism can be rewarding, and offers an escape from the drudgery of office life. But it’s important that aspiring digital nomads read up and think deeply about the importance of community and mental health in their lives. Freedom does not mean the same thing for everyone.

Names of participants have been changed to protect their anonymity.

• Dave Cook is PhD researcher in Anthropology at UCL.