Any time you're feeling overpowered by all those sunny skies and easy winters - don't worry, the Europeans have you covered with plenty of gripping series 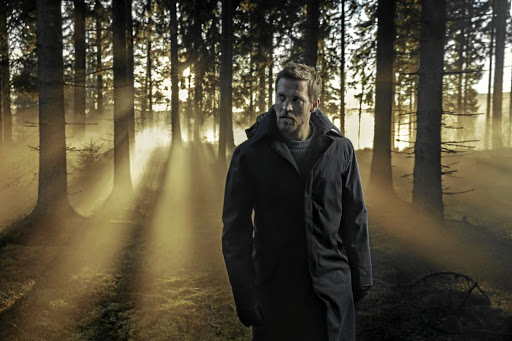 WHEN: Any time you're feeling overpowered by all those sunny skies and easy winters - don't worry, the Europeans have you covered with plenty of existential dread and bleak small towns near dark forests where bad things happen

WHY LISTEN: Because they're making waves and your inner music snob wants to hear them before the plebs

WHERE TO FIND IT: Streaming services

The dark, tortured crime dramas pioneered by the Scandinavians have become a successful export for most of Europe's television producers, judging by the multitude of offerings available on Netflix.

Compared to many of the US shows on the streaming service, the European ones still offer more dramatic satisfaction for fans of noirish crime dramas

All you need to get on the Euro-Crime bandwagon is a small town, a troubled detective who has either migrated or returned to said small town because they just can't handle the pressure of the big town they were working in, a troubled child of the detective who is going to rebel against the boredom of the small town and their parents by causing more trouble than Kurt Russell did in Little China in 1986, a dark forest or a border that creates the perfect environment for bad people from all over the world to disrupt and corrupt everybody in the town, and, finally, a theme song by a local band sung in English for no particular reason.

Yes, they share some common characteristics, but, compared to many of the US shows on the streaming service, the European ones still offer more dramatic satisfaction for fans of noirish crime dramas that twist and turn and make you think and sometimes feel a little sick to the stomach at the sheer despicableness of the human race.

Here are four shows to get you hooked on the socially acceptable drug that's better for you than the EU and doesn't require a visa to enjoy.

This six-episode series is set in a ... small town ... on the French-Belgian border in the shadow of the Ardennes forest from which it takes its title. Local gendarme Virginie is seemingly happily married and the mother of a son and an adopted daughter. When one of her daughter's school friends goes missing, Virginie's life and that of everyone in the village is thrown into turmoil.

Virginie and her boss, together with the help of a strange "touched" forest-loving French teacher, must race against the clock to find the culprit. Along the way they'll suspect everyone, trust no-one and discover that, unsurprisingly, even in picturesque villages you just can't really know anything about anyone.

WATCH | The trailer for The Forest

Oddball Helsinki detective Kari Sorjonen, worn out by the incessant criminal activity of the Finnish capital, moves his family back to his wife's hometown on the Finnish-Russian border. Of course this is not the peaceful solution to his mental turmoil that he was hoping for as he's drawn into the dark underbelly of the town's criminal world and must use his powers of detection to keep the peace, all the while striving to keep the promises he's made to his wife and daughter.

WATCH | The trailer for Bordertown

Detective Yoann Peeters, recently widowed, has returned with his daughter to his hometown of Heiderfeld, looking to recover from his personal tragedy. However, when the body of a 19-year-old African immigrant and local footballer is found floating in the river, Peeters will discover that things in his hometown have changed considerably and no-one is to be trusted, not even his own preternatural detective instincts. It's the case of his life, but will he be able to solve it and come out undamaged? And what about his daughter, who he's left to her own devices?

WATCH | The trailer for The Break

Upstanding, morally righteous Oslo cop Nikolai takes some time out after testifying against corrupt officers and decides to return to ... his hometown. There he reconnects with his brother, but when Nikolai is forced to go against his beliefs in order to protect his family, he becomes everything he swore he would never be.

With a suspicious fellow cop getting more and more nosy and closer to the truth, Nikolai finds himself in an increasingly dangerous game that will change him forever.

WATCH | The trailer for Borderliner

FERIAL HAFFAJEE: Netflix is no David to the MultiChoice Goliath

Roll on a decade or two and now Netflix has taken that knowledge of how human beings tick, and how we like our movies, to turn it into a leader in ...
Business Times
3 years ago

Accident or murder? 'The Staircase' is an addictive true-crime series

This intellectually-challenging, real human drama explores the trials novelist Michael Peterson faces after being charged for the murder of his wife
Lifestyle
3 years ago

'The City and the City': a crime drama with a mind-bending sci-fi twist