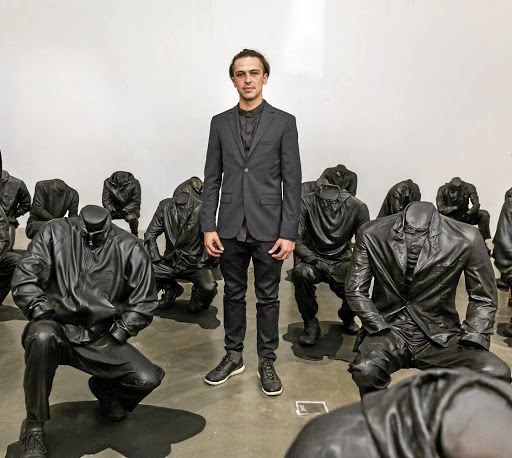 It's almost three years since I last spoke to Haroon Gunn-Salie. In the period between his first Goodman Gallery solo show, History After Apartheid, and now, with his being named winner of this year's FNB Joburg Art Fair Prize - a lot has happened in the life of the 29-year-old Capetonian.

His experiences of travelling the world and producing work outside SA, from Brazil to New York, London and the Netherlands, have opened his eyes to "how life is in different places and that's given me a new-found - and I'm very thankful for it but it's also quite tough - respect for where we are at in SA and what that means.

In these other places, even in Brazil, democracies are so constituted, so finished and unbreakable that you can do very little to make a change or make an impact - you just have to continue going within the framework of what that society demands."

In Brazil in 2015, working with artist and filmmaker Aline Xavier, Gunn-Salie, who had intended to present a "mini-retrospective" for Videobrasil in São Paulo, found himself in the country on the day of a major mining disaster in the region of Mariana, where a tailings dam collapsed, displacing hundreds of people and contaminating the Doce River with tons of toxic mud.

Seeing a parallel in the name of the region with that of Marikana, and driven by a social activism that has been part of his practice since he was a student at Michaelis, Gunn-Salie told the organisers of the Videobrasil exhibition: "Thank you so much for the invitation to do a mini-retrospective, but I don't want to. I want to make a new show and I want to do it in dedication to this and I want to take my one free flight and go now."

Gunn-Salie and Xavier arrived in Mariana, where they found three families who had refused to be moved from the site, moved in with them, learnt Portuguese in what Gunn-Salie describes as a "sink or swim manner" and worked with them to create a piece for the show titled Agridoce (Portuguese for bittersweet) in São Paulo. 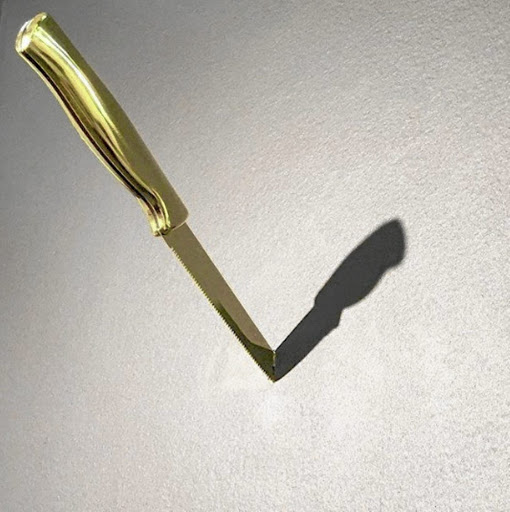 The artists transported the remnants of one of the houses from the area to the gallery, where it was shown with a large amount of mud from the disaster and videos documenting the interaction between them and the community.

The show later travelled to the Museum of Congonhas, where a further iteration was conceived, incorporating that area's famous series of 19th-century sculptures, The Prophets.

Congonhas is also home to the world's biggest urban-centre tailings dam, co-owned by AngloGold Ashanti, and for Gunn-Salie the relocation of the projects was a chance to ask: "What would happen if that dam collapsed and erased heritage protected by Unesco? It would have been a much larger thing if it had not only affected the poorest of the rural poor." Over half a million people visited the show in 2016.

Gunn-Salie's work in Brazil opened his eyes to social movements that he describes as being characterised by "an insatiable building desire, where one brick over the next just makes the world become itself. It was incredible."

Since 2014 Gunn-Salie had wanted to address the Marikana massacre but had "never had the appropriate venue to show the work". When he was invited to participate in the New Museum in New York's Triennial show this year he finally had an opportunity.

Titled Songs of Sabotage, the piece consisted of 17 figures of headless mineworkers, assembled in what the artist describes as "a sort of sculptural graveyard of figures from scene one at Marikana of workers trying to get past the police peacefully and then a 5.1-channel soundscape that tracks the massacre and the lead-up to it".

That work was then included in this year's Frieze Sculpture Fair in Regent's Park in London, where it is on display in its latest iteration as Senzenina - Zulu for "What have we done?" and the title of one of SA's most well-known struggle songs, sung by workers during the Marikana protests.

For his Joburg Art Fair show, Gunn-Salie, being unable to transport the entirety of the work from London, will present the soundscape on its own as part of an immersive installation that takes audiences through the events of the massacre with an extended sound piece that incorporates recorded on-site sound, police recordings and news reports on August 16 2012. 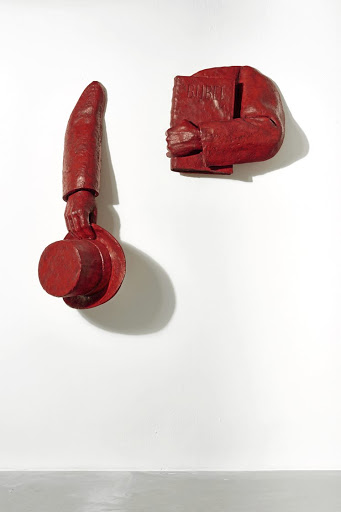 He is planning to bring the full installation, including the sculptures, to Johannesburg next year.

For Gunn-Salie the piece is an attempt to answer the question: "How do you incarnate deep loss and deep trauma into a physical form that can be experienced and accessed and furthermore importantly responded to?"

His time overseas has left him with the feeling that while his homeland "is at a crossroads", there is hope that "we as South Africans can do something, and these last few years of getting some global exposure has reignited this view, this optimism that I'm more inspired to cause more k*k, go deeper and do more things".

He hopes that his art fair piece will allow audiences to "take home the very visceral experience of what is a very hard but historic moment that is continuing and ultimately to inspire them to do more things".

He says: "Let's make this a … more loud democracy, more engaged, not just so easily persuaded, and go forward with what it is we have but to really try and form this and form it quickly and together."

He also hopes that "on very practical level people take home the fact that the struggle f***ing continues - I can't think of a more straight way to put it."

• Gunn-Salie's 'Senzenina' installation will be at the FNB Joburg Art Fair from September 7-9 at the Sandton Convention Centre.

Billie Zangewa was told that her intricate silk works were too decorative when she first tried to break onto the SA art scene. Now she's headlining ...
Lifestyle
3 years ago