Is geek culture an exclusive club or can anyone (cos)play?

Comic Con Africa may have been all magic and kumbaya, but the global geek culture is not without its issues, writes Nikita Ramkissoon 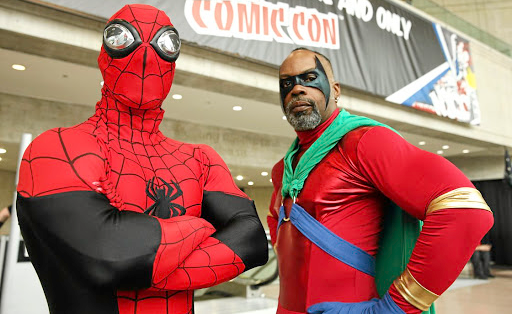 I once went to an event where the entrance stamp on my wrist read, "The geek shall inherit the Earth". It was cute and funny, and it made people giggle. But the truth of it really hit home when someone pointed out that Bill Gates and Mark Zuckerberg are the geeks that really did inherit the Earth.

Geeks are not just the socially inept kids in your class who bury their noses in World of Warcraft and Dungeons and Dragons. They're the ones who code. The ones who invent. The ones who draw fantastic artworks and make them real in 3-D renderings on a screen that eventually come to life when someone decides to turn your favourite book into a movie.

They're also the ones who see the magic where everyone else can't. They make the magic real by cosplay or Larping.

Sure, geek culture entered the mainstream a long time ago, and the stereotype of the shy and nerdy introvert has been replaced with obnoxious internet trolls.

From the casting decisions of Harry Potter and its Awful Stage Sequel to changes to the established canon in Star Wars: The Last Jedi, geeks rally around one common thread: they believe in magic. The steadfast belief in their chosen faith, whether it's Marvel, DC or Star Trek, is not just an escape from reality. It's a path they chose to which they hold true.

Geeks rally around one common thread: they believe in magic

South African geeks have had to spend thousands to go to the US to see their favourite fandoms on display at Comic Cons. So the coveted event coming to our shores was a dream come true.

For the casual observer, there could have been more in terms of the big acts. Jason Momoa, aka Khal Drogo from Game of Thrones, cancelled and there was no real drawcard.

But for the seasoned geek, the exhibits were something to behold. Comics, which is where most geekdom begins, were available everywhere.

Usually we have to go to artists and writers directly to get local comics, but at the event there were stands with self-publishing artists who we could speak to about their work.

The comic scene here is so tiny that people sometimes think it doesn't exist, and local comics are hard to track down. But we got to see Kwezi, SA's first black superhero, the legend of Shaka by artist Luke Molver, sculptures, jewellery, paintings, and creativity all round.

The cosplay was off the charts. One man dressed as Batman for charity. A couple of friends made their outfits the night before. Everybody tried to do something even if it was just rocking up in a fandom T-shirt or a store-bought cat suit.

Even the people who are not dedicated geeks were in their element. Kids were being introduced to fandom in ways we never had growing up.

Everyone got into the spirit of things. Not all cosplay was perfect, but you could see the effort that had been put in and it was diverse and in good faith that nobody would cause any trouble. There was even a cosplay station where there were people with sewing machines to help fix outfits that were falling apart.

There are inevitable issues within geek culture. It's mainly white and male, and toxic in some spaces.

The issues with race are said by some to be mainly socioeconomic in that many black people simply cannot afford how expensive geekdom really is. The expenses are beyond whatever is within the grasp of kids from public schools.

But there is also the issue of having to qualify your geekdom. Mainly directed at brown-skinned kids and women, this is an age-old fight that we have had to endure through the toxic masculinity on display since the dawn of comic books. 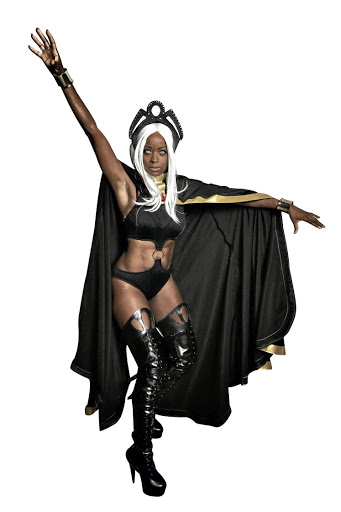 It's not just being called "fake geek girls" or being asked "what does a black person know about X fandom?" It's real and rears its ugly head when geeks hide behind keyboards and body-shame fat people for cosplaying as Harley Quinn, or calling women who Larp "girls trying to be boys".

Internationally, sexism in gaming came to a head in 2014 with Gamergate, in which the ugly reality of gaming for women, both in the industry and as players, was laid bare.

Gamergate was the relentless targeting of certain women gamers and game critics over the perceived feminisation of the typically male world of gaming. It consisted of death threats, rape threats, and real-life intimidation. Some of the victims even had to go into hiding. It's not all sunshine and "pew pew".

Even so, these things were not apparent at Comic Con Africa. And there is hope yet for geek culture in SA, where geeks just want to have fun. After all, when reality is so depressing, who wouldn't want to believe in magic?

Dressed in a red Thor cape‚ a corset‚ boots‚ silver headgear and a giant hammer in hand‚ a Johannesburg cosplayer and teacher has taken over a ...
News
3 years ago

Fancy a bit of Ricky on your plate? These fans melted when he came close.
TshisaLIVE
3 years ago