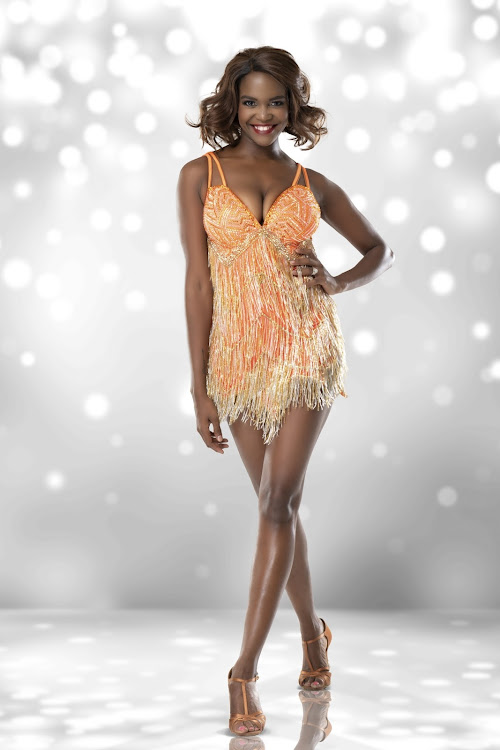 When Pretoria-born dancer Otlile Mabuse sashays on to the dance floor for the latest season of Strictly Come Dancing UK, she'll be confident that her "bra engineers" have firmly secured her 28F chest.

The biggest challenge for the agile dancer has not been perfecting her paso doble or samba for the BBC show, but avoiding a wardrobe malfunction of the kind made famous by singer Janet Jackson while performing at the Super Bowl in 2004.

But thanks to the dance show's costume-design team, Mabuse, who is returning for her fourth season, has no concerns on that score.

She will partner former England spin bowler Graeme Swann for the latest season of the show, which kicked off on September 30.

For the first time in Strictly Come Dancing UK's history, there will be two South African professional dancers, Mabuse and newcomer Johannes Radebe from Sasolburg.

Mabuse, 28, made her debut on the show in 2015 after a dancing stint in Germany, where she was seeking new challenges after winning the South African Latin American Dance Championship eight times. She appeared in the German television dancing show Let's Dance Germany.

Speaking from the UK, Mabuse, who was a runner-up with television celebrity Danny Mac in 2016, told the Sunday Times that a busty dancer was "very, very rare" in the UK and Europe.

"In SA, because we are quite busty and curvy women, it's easy to find bras that fit you," she said. "In South Africa I was a 30D and that was normal. When I moved to Germany, I was told I was not a D cup but a J cup."

But Mabuse found that the Strictly Come Dancing show "appreciates that every woman does not have the same body type".

"What I really love about the show is that they work around a specific human's body," she said.

I love my boobs ... I'm quite curvy, so I think I have a body type a lot of people can relate to

"Each bra is made specifically for each girl ... they use the cups from the bra, remove the back and incorporate it into the costume." Mabuse said she had never had any accidents while performing.

"They sew you in, literally. My dream is to start my own bra line here. But because busty dancers are so rare, I'm a little bit nervous there may not be a market for it."

She is proud of her curvy figure and often posts on social media about her love for her body.

Mabuse recently tweeted: "I love my derriere! I also love my boobs. I don't have a small, petite dancer's body and I'm quite curvy, so I think I have a body type a lot of people can relate to."

She said she felt lucky to be invited back every year. "It's really exciting to work with the stars."

Radebe, who has won the South African Latin American Dance Championship twice, is chuffed about being included as a group dancer on the show.

"Joining Strictly Come Dancing is one of the greatest achievements of my dancing career. It is such an honour to be part of an incredible cast and be part of one of the biggest shows in the world," he said.

Wearing an ill-fitting bra isn't just uncomfortable, it's bad for your health

Eldorado Park's Tarryn Alberts has opened for Kendrick Lamar and toured with Die Antwoord. Yolisa Mkele quizzes her on why dancing is a great way to ...
Lifestyle
4 years ago

Feted more abroad than at home, trailblazer Mamela Nyamza is using dance to push boundaries and spread powerful messages about feminism and society
Lifestyle
4 years ago