Claire Keeton joins the cast of this critically-acclaimed British thriller on set in the Mother City, where much of season two is being filmed 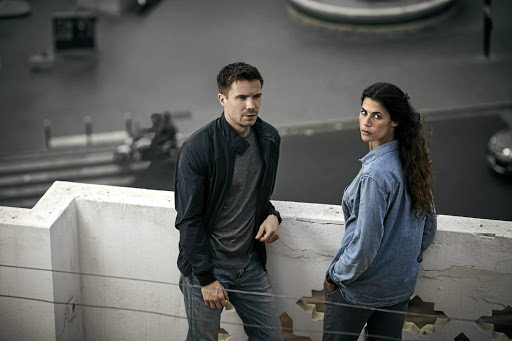 Joe Dempsie and Karima McAdams are among the star-studded cast of 'Deep State'.
Image: Supplied

"You should do one of those," American actor Walton Goggins's wife said, pointing to a billboard of a hit TV series. Not long after that he got a call from Matthew Parkhill, the co-creator and director of the hit British thriller series Deep State, asking him about joining the show.

Deep State's first season was popular and critically acclaimed on both sides of the Atlantic when it aired last year, with an Emmy nominee and winner among the stellar crew.

"I read the first three scripts and was blown away," says Goggins, who interrupted a family holiday to meet Parkhill in Italy about Deep State season two.

Now the Critics' Choice winner and Emmy-nominated Goggins, known for his roles in Ant-Man, Tomb Raider and Mazerunner, has a lead role as an ex-CIA agent in the second series of the spy thriller and is an executive producer on the series.

He appears alongside stars like Joe Dempsie from Game of Thrones, Victoria Hamilton from The Crown and Alistair Petrie from The Night Manager. 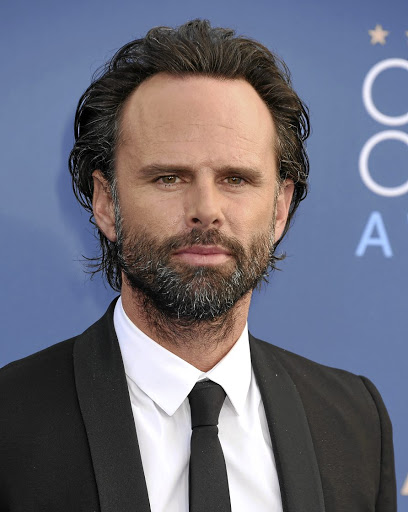 The hidden star of this geopolitical thriller is Cape Town - the location for 50 days of filming for Deep State two, set in Mali, the UK and the US. Another 25 days will be shot in Morocco and a week in London.

"Cape Town is an incredible location and has experienced crews. The exchange rate means we can have a much bigger visual budget," says its showrunner, Parkhill.

The first set where we meet the cast is as unglamorous as it gets, yet the furnace-like conditions of the decaying building in Claremont do not seem to shake the cool of the stars who came to say hello.

They appear good-natured despite the heatwave and dripping ceilings in the abandoned Werdmuller Building, blowing kisses and joking about sweaty body parts, and they don't just seem to be acting nice.

Gorgeous female leads Anastasia Griffith (Once Upon a Time, The Wrong Mans) and Karima McAdams (Fearless, Vikings) are excited about playing characters who have power and depth, instead of just looks.

Sara Johnson, executive producer for the Fox Networks Group Europe & Africa, who commissioned Deep State, says: "It is refreshing and wonderful to have real humans on the page. Matthew never writes stage directions like: 'She enters the room, chest heaving. Pause.'"

She says: "This is our first original drama out of Europe and Africa and I passionately believed in the show. It is a real relief it has been well received."

Johnson, who grew up on James Bond movies, announced the second season of Deep State before the first had even aired.

Newcomers to the show are Lily Banda from Malawi, the female star of the film The Boy Who Harnessed The Wind and Zainab Jah, who has been in Homeland and is known for her role in Buried Deep.

Banda says of her character: "She's changed me as a person. She's so brave and has influenced my heart."

WATCH | The trailer for Deep State season one

Jah, originally from Sierra Leone, says her part is unlike her. "I'm the most unpolitical person. I'm more fluffy. Let's have oysters and forget about civil war. This [show] has given me insight into the underbelly of elected governments.

"Most of the characters have the names of my family, only not my name," she says, celebrating that a plot set in Africa was being filmed on the continent.

Joss Agnew, the director of episodes three to six, shows us around the historic Rhodes House, near the courts and parliament. "On average we get four to five minutes of screen time from a day's filming - I've always been attracted to roller-coasters," he says of their flat-out schedule.

"This is the presidential suite in Bamako in Mali," he says, opening a door. "Let's go to a gentlemen's club in London," he says, taking us into an old-fashioned wooden bar.

Next up is the office of a US senator, one of the characters trying to fight corruption, who must make hard choices to achieve this.

McAdams says: "What I have always loved about acting is this ability to get out of your box and learn. In the first season I had some successes, and some fails, but I'm unashamed to ask."

The story is about the 'first dirty war over clean energy' and creating chaos for profits, and the war on terror in sub-Saharan Africa

The story is about the "first dirty war over clean energy" and creating chaos for profits, and the war on terror in sub-Saharan Africa. The narrative switches between the present day and two years back, giving insight into the past of characters.

Parkhill doesn't label his characters good or bad. "Nobody considers themselves a bad guy, they justify what they do. It's humbling how Walton breathes life into [his character] Nathan. His Nathan breaks my heart."

His ideas begin in reality and a news report on US special forces in Niger sparked this plot. "I don't consider myself a conspiracy theorist. I'm a relatively happy person," says Parkhill, a fan of John le Carré.

Every actor, director and producer on the show - who show up promptly for interviews - appears inspired and energised by the script and what it means to them.

Executive producer Hilary Bevan Jones says: "I've produced a few big-budget shows like The Crown and shows for smaller platforms, and working with Matthew is a dream come true."

Asked to choose her favourite show, she says: "They become like children - how do you do that?"

• 'Deep State' season 2 will have eight episodes and will premiere in 2019 in over 50 countries on FOX and on EPIX in the US.

The British home secretary is a tough and unbending woman, but she and her bodyguard get close in this sleek Netflex thriller, writes Jennifer Platt
Lifestyle
3 years ago