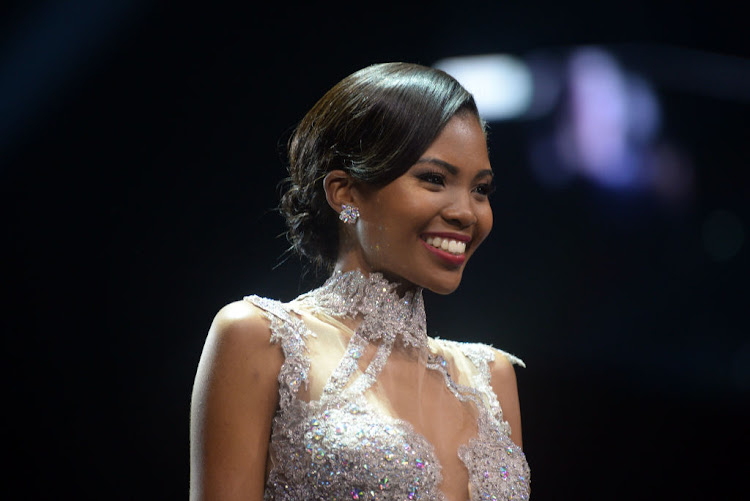 Thulisa Keyi on stage at the Miss SA pageant in May 2018.
Image: Frennie Shivambu/Gallo Images/Getty Images

Fingers crossed Thulisa Keyi will bring home the bling as she takes to the stage to compete in the glamorous Miss World 2018 Finale in Sanya, China, today.

The twenty-six-year-old stunner from the Eastern Cape has already been doing Mzansi proud at this international pageant. She placed in the top five of the Miss World Top Model competition and, together with Peirui Mao of the People's Republic of China, jointly won the Miss World Designer Award (see point 4).

We'll have to see whether Keyi's winning streak continues when the pageant's Finale airs live on SABC3 at 13:00. In the meantime, here are some interesting facts about the woman who could - hopefully - be SA's next Miss World:

Tamaryn Green was crowned the overall winner of the Miss South Africa pageant earlier this year; she'll represent Mzansi at the Miss Universe pageant on December 17.

The outfit has over 1000 hand placed feathers.
TshisaLIVE
3 years ago

As the runner up of our national pageant, Keyi was named Miss World South Africa. The title came with nearly R600k in prizes and the chance to compete with contestants from 118 countries for the coveted Miss World crown.

Keyi graduated from UCT with a Bachelor of Commerce in Accounting as well as a Post Graduate Diploma in Accounting in 2016. She's currently doing her articles at one of the 'Big Four' audit firms in order to qualify as a chartered accountant.

Oh, and did we mention she can count to 10 in Japanese? 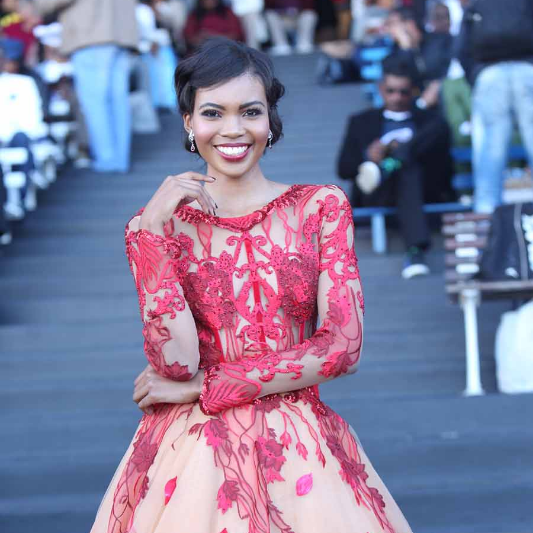 Keyi did not grow up in the beauty pageant world. "I’ve always supported people who did [pageants], but I was never a part of [them] or saw myself in that light," she told Channel24.

So how did she end up vying for the title of Miss World? While studying at UCT in 2015, Keyi was scouted by a Sun International representative who tried to convince her to enter the Miss SA pageant. She took the plunge and signed up to compete three years later.

One of the events held in the run up to the Miss World Finale gave contestants the chance to show off a gown created by a talented designer from their home country.

Keyi wore an elegant black velvet dress with a single beaded sleeve as a tribute to her Xhosa culture. "This dress reminds me of myself, simple yet strikingly bold and beautiful," tweeted the beauty queen.

The judges were also clearly fans of the Biji La Maison de Couture design — they gave Keyi the 2018 Miss World Designer Award. (An honour she shares jointly with Peirui Mao of the People's Republic of China.)

This dress reminds me of myself, simple yet strikingly bold & beautiful

The use of velvet which absorbs colour deeply is what makes this dress strikingly bold & visually appealing. The pattern of the beaded sleeve is inspired by the Xhosa culture❤

5. LOSING HER FATHER HAD A PROFOUND EFFECT ON HER LIFE

Keyi tragically lost her father as a teenager when he was brutally murdered. Following his death, her mother struggled to raise her and her three siblings as her dad had been the sole provider.

This has made Keyi a passionate advocate for education as way for women to economically empower themselves. "I suffered a trauma at a young age and used education as a tool to rise above my circumstances," she told TshisaLIVE.

She might be a corporate boss lady by day, and a strutting beauty queen on stage, but the stunning Keyi still prefers pumps to stilettos.

Although she also loves pasta, on pay day Keyi looks forward to treating herself to a lobster thermidor. This French dish features lobster meat in a creamy sauce that's stuffed into a half lobster shell, topped with cheese and browned in the oven. Mmmm, yum!