Here's what age most kids stop believing in Santa 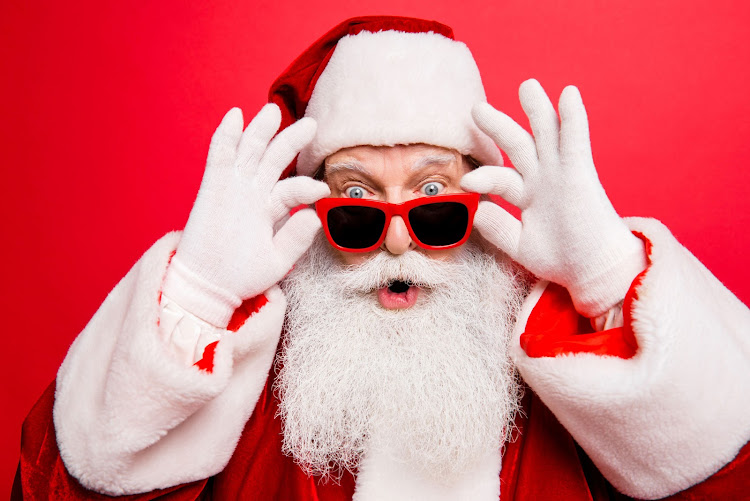 If you're wondering if your kids are still expecting Santa to bring their presents this year, most have stopped believing in Old St Nick by the age of eight, according to the first international academic "Santa survey," while many parents wished that they still believed in Father Christmas even as adults.

Carried out by psychologist Professor Chris Boyle, from the University of Exeter, UK, people around the world were asked to report on what prompted them to change their minds about Santa, and how they felt when they realised he didn't exist as part of The Exeter Santa Survey.

Boyle received 1,200 responses from all around the world, revealing that the average age when children stopped believing in Father Christmas was eight.

A third of of those surveyed also reporting feeling upset when they discovered Santa wasn't real, while 15% had felt betrayed by their parents and 10% felt angry. Around a third (30%) also said that their trust in adults had been affected by their belief in Father Christmas.

The study also revealed that believing in Santa had actually improved the behaviour of around 34%, although the threat of being on Santa's naughty list failed to affect the behaviour of 47% of respondents.

Meanwhile Santa still appears to hold some magic for adults, with 34% of adults wishing that they still believed, and 72% of parents happy to play along with their kids about Santa, although the rest chose to come clean. A total of 65% of people had even played along with the Santa myth as children, even though they knew it wasn't true.

Many children realised the truth due to parents making errors, although some simply figured it out as they grew older and learned more about the world.

Some of the amusing anecdotes to come out of the survey include one participant describing how the myth of Santa had ended for them when they caught their parents drinking and eating what had been put out for Father Christmas and the reindeer aged ten.

Once the turkey and trifle have been eaten this Christmas, many South African families will be sitting down to a game of Monopoly.
News
2 years ago

An 11-year-old was also woken up by their slightly drunk father, and not Santa, dropping presents, while another realised that Santa and their father had the same handwriting.

A child from the USA said at nine they had, "Learned enough about math, physics, travel, the number of children on the planet ratio to the size of the sleigh to figure it out on my own," and another nine-year-old even set a trap, writing a secret letter to Lapland which wasn't given to their parents. They then found out Santa didn't exist when nothing from the secret list arrived on Christmas morning. One child had simply figured out that "It was impossible for such a fat man to fit down the chimney."

School friends and teachers could also destroy the myth, with one child recognising the school caretaker playing Santa at a Christmas party when she was seven, while a group of seven-year old pupils found out when a teacher told them nobody lived in the North Pole.

One seven-year-old even punched a boy at school who said Santa didn't exist, explaining that he attacked the boy because it was wrong to lie; he ended up believing in Santa for another three years.

Some parents were forced to tell their kids the truth because Santa scared them, including a five-year-old who was frightened of a strange man coming into their room.

The study is ongoing.

• This article was originally published in December 2018.

Unsafe toys that made the Christmas naughty list this year

What NOT to buy for Christmas: the most frequently abandoned toys in SA

Imagine the buyer's remorse of those parents who have to hop on to online sites to resell Christmas gifts they'd spent a fortune on, imagining the ...
News
2 years ago

With festive-season planning in full swing, we've got a brilliant roundup of recipes for all the baked treats that everyone loves to eat at this time ...
Lifestyle
2 years ago