How to know you're really a South African

Boerewors, bunny chows and fake Ray-Bans at robots. A new book by Hagen Engler celebrates some of the things that make us uniquely South African. Here's an extract 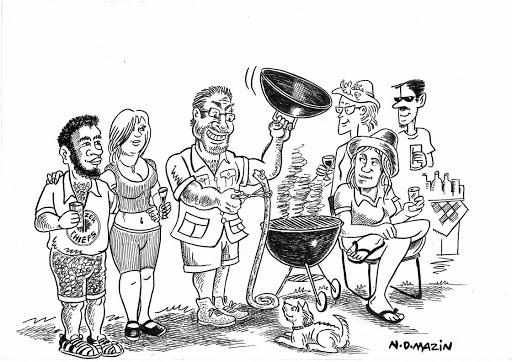 Having a braai is a very South African thing.
Image: N.D Mazin

Boerewors, bunny chows and fake Ray-Bans at robots. Hagen Engler's new book 'Black Twitter, Blitz and a Boerie as Long as Your Leg: And other South African National Treasures' (Jacana), celebrates what makes us truly who we are.

Here is an extract:

As they tend to say on Idols shortly before eviscerating some poor aspiring singer's performance, this comes from a place of love. This book is a celebration of South Africa's iconic people, places, situations, songs, character traits and consumer products ... every part of our culture that makes us happy and proud to be South Africans.

You should find a bunch of things in here that make you smirk, raise your eyebrows and go, "Hmmm. Ja, that's true, hey." If you do, our job will be done.

A FAKE PAIR OF RAY-BANS FROM THE ROBOTS

For 100 bucks. Sixty! Okay give me 80 and a cigarette! Sure, there you go. Now you look like Tom Cruise in Top Gun in 1986, but with psychedelic, reflective lenses that pop out of the frame every time you place them on a surface.

However, your R80 sunglasses will have all the loyalty and tenacity of a Scottish sheepdog, remaining by your side - or at least in your cubbyhole - for a full decade, while about six pairs of more expensive sunnies come and go. Those Guccis you dropped several grand on? The authentic Ray-Bans? The Guess ones? Even those Spitfires from Greenacres Mall in PE that were sat on, dropped off a quadbike, left at Simon and Brigitte's braai and went missing after drinks in Braamfontein?

Forget wiper blades, here's what street vendors should be selling

If you find yourself chewing gum as you cruise on the highway, with a tampon up your nostril and a sjambok on the passenger seat, please give credit ...
Lifestyle
6 years ago

And after every one of those sunglasses moved on, like a reliable ex whose movements and body shape you just know instinctively, those fake Raybs were there to take you back. They are still there now, in the storage panel of your car door, next to some KFC slips, a banana peel from May, a compact of Clinique foundation and a pen that's stopped working.

A MAN, ASLEEP SITTING UP, WITH HIS ARMS FOLDED, HEAD IN HIS CHEST

The men of South Africa lead challenging lives and they meet this challenge. They rise early, they travel far, they work hard, they hustle. But energy is finite and sometimes we need to recharge.

We need to grab a few minutes of rest in the midst of the swirling, bustling whirlwind that is South African city life. Sleeping in public can happen in many ways.

Given a bed, or a lawn or the back of a Quantum, we can do it at full stretch. If you're blessed with a car of your own, you might do it in the passenger seat during your lunch break.

Failing that, sleep can be achieved in a seated position, in the chair of your choice. You simply sit upright, fold your arms, rest your chin on your chest and drift off into dreamland for a few revitalising minutes.

6 new South African stereotypes - are you one of them?

With our tongues firmly in our cheeks, we've invented quirky sub-species of South Africans to spot next time you're people watching
Lifestyle
4 years ago

Sleep is precious and vital. We don't get enough of it, so we must be able to access it when and wherever we find a brief opportunity. Indeed, sleep is one of the building blocks of our nation. Because we need it so badly, many of our compatriots are forced to snatch brief moments of it where they can.

Perhaps, if the demands of life were less hectic, it might not be necessary. So that man in the golf shirt, snoozing into his chest at the table by the KFC, his snooze tells a story of an early morning, a long commute and a busy day. And he is not alone. May our work days shrink, the stresses of life begin to dissipate and - men and women - may our people eventually get the sleep they deserve!

A COIL OF BOEREWORS AS THICK AS YOUR BIG TOE, BUT AS LONG AS YOUR LEG

Boerewors came over the Eastern Cape Drakensberg with the Voortrekkers, carrying within it the accumulated meat-processing knowledge of the Khoi, the San, the Xhosa and the Germans, probably.

It contains not just that knowledge, but of course, also the flesh of whichever cow, pig and goat that gave their lives so that you could enjoy a boerie roll with mustard and tomato sauce at the primary school fête.

It is a boerie roll of glory, flavour and flatulence. But what really sets it apart from its rivals in charcuterie, the hot dog and the bratwurst, is the sheer scale of the thing.

Not only did discovering how to cook with fire help the human race evolve, but it also gave Mzansi a national cooking method that's capable of ...
Lifestyle
3 years ago

A coil of boerewors! Now that is an item to behold, lurking in the refrigerated meats section of your supermarket like an expressionless pink anaconda, ready to strike its unsuspecting prey.

A BUNNY CHOW WITH NO MERCY

Unless you're from Durban, a bunny chow is not a conventional meal. Its construction - a loaf of bread, hollowed out and filled with curry - makes it a significant experience. It will fill you up, make no mistake.

The provenance of the bunny chow, the culinary endowment of South Africa's Indian community, may lie in the 1940s, when the proprietors of takeaway establishments began using loaves of bread as an alternative to the roti solution when providing curries for their customers.

The innovation caught on and today you can purchase a bunny in any corner of the country where there is an Indian take-away - which is most places - you can opt for a half bunny or a quarter. 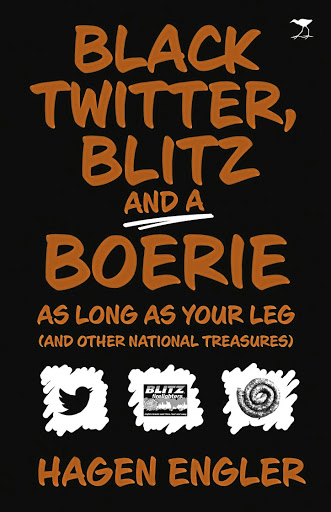 The quarter has found expression in the black townships of our country as a kota or spatlo, where it often comes with cheese, polony and atchar.

THE SOUND OF DECEMBER

There can be only one, and every year one particular Afro-pop, house, hip hop or kwaito hit rises above its peers to encapsulate the feeling of the holidays.

When ke Dezemba, we return to our rural strongholds, old friends reconnect and the liquor flows. And one song becomes the soundtrack to that experience in that particular year.

Tell me these songs don't bring back memories: Omunye by Distruction Boyz, Spirit by Kwesta, Nomvula by Nathi, Incwad'encane by Zahara, Shake by iFani, Gobisoqolo by Bhizer, Wololo by Babes Wodumo ... and about five different Brenda Fassie tunes.

MaBrrr made a career out of creating December soundtracks, which earned her a place deep in the cockles of our collective hearts.

It's a competitive arena, make no mistake, but when a tune hits in December, it stays a hit! Forever!