'Bird Box': does the movie live up to all that meme hype? 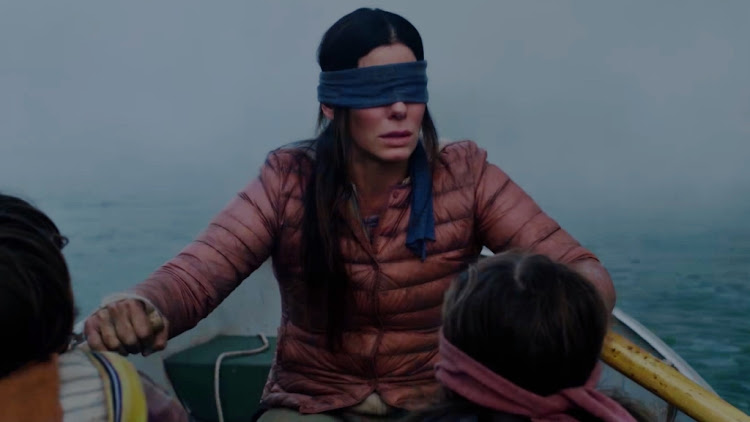 Sandra Bullock in a scene from 'Bird Box'
Image: Supplied

WHY: The memes, of course.

If I were of a mind to don a tinfoil hat, I would harangue whoever would listen about how marketing companies have infiltrated meme culture to get us to pay attention to things that we otherwise would never have batted a hashtag at. I would triumphantly declare Netflix's new movie Bird Box my case in point.

Somewhere around the latter stages of the festive season a torrent of blindfolded Sandra Bullock memes started clogging social media timelines. A #birdboxchallenge even sprung up that required Netflix to put out a public safety announcement. Essentially Netflix barely had to lift a Twitter finger for the internet to run a successful marketing campaign for it.

Usually when movies go viral like that, it's because they are good or have some kind of standout characteristic for pop culture to latch onto. This is where the suspicion creeps in: Bird Box doesn't.

Set in modern-day Los Angeles, the story starts with a heavily pregnant Sandra Bullock getting caught in an invasion during which looking at the invading monsters causes people to instantly commit gruesome suicide. What follows is a five-year journey through an increasingly postapocalyptic world with a dwindling number of survivors. Those who do make it, do so by not looking at the creatures and by navigating their surroundings in blindfolds. In that sense it is a little like A Quiet Place, but for sight instead of sound.

Long story short, Bullock experiences some painful character growth, people die and a cantankerous old man turns out to be right about everything.

To be honest, Bird Box is not a bad movie. Bullock is great, the concept is cool and the monsters are suitably mysterious. The problem is that it is not a particularly spectacular film either. It lacks the intensity of A Quiet Place, and there are a number of things that never get adequately explained. Most importantly, nothing about it makes you want to drop a jaw. Which is why its meme popularity is surprising.

There's an argument that the interwebs needed something to laugh at for the beginning of the year, but it seems more likely that some very shrewd marketers teamed up with some very clever meme creators to turn a cinematic cubic zirconium into a social media diamond.

'Do not hurt yourselves' says Netflix as blindfold #BirdBoxchallenge trends

Netflix's newest postapocalyptic thriller has spawned thousands of memes on social media - but only the parents of small children and teens will ...
Lifestyle
3 years ago

Bird Box mania and the memes that took over the internet