Remembering Aaliyah: 5 things you didn't know about the Princess of R&B 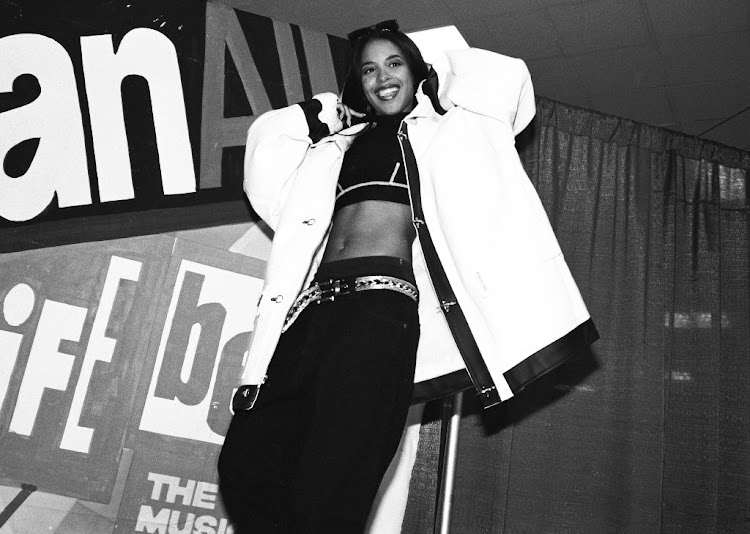 If the talented R&B star Aaliyah had not died 18 years ago, she would have turned 40 on January 16.

The singer died at the age of 22 when her plane crashed a minute after takeoff, Rolling Stone reports. It was leaving the Bahamas where she had filmed the music video for Rock the Boat.

Aaliyah’s legacy continues today, through musicians such as Drake and Frank Ocean covering her songs and her fashion sense influencing the likes of Ciara and Boity. Yet, despite being a big star, Aaliyah was shrouded in mystery and liked to keep it that way.

“People feel like they own you in this business and, to a certain degree, they do,” she told Vibe magazine in 2001. “But there’s a part of me that will always be just for me.”

True! However, we can still reveal some interesting facts about Aaliyah:

1. SHE WAS GLADYS KNIGHT'S NIECE

The legendary soul singer Gladys Knight was her aunt through marriage. Knight was the wife of Aaliyah’s uncle Barry Hankerson, who at different points managed the careers of his niece, ex-wife, R. Kelly and Toni Braxton, Metro reports.

2. SHE HAD A RELATIONSHIP WITH R. KELLY

Aaliyah released her debut album Age Ain’t Nothing but a Number when she was 14. It sold over a million copies, according to Rolling Stone.

The album’s name is contentious considering allegations R. Kelly married the starlet at the age of just 15, says a Vibe article published in 1995.

#YouToo, R. Kelly? Why sexual predators are finally being outed

R. Kelly is just an extreme and high-profile example of how we've normalised preying on young girls and women
Lifestyle
2 years ago

Although her family continues to deny the marriage took place, R. Kelly has confirmed the allegations but denies knowing she was underage. The controversy resurfaced with the release of the documentary Surviving R. Kelly in 2018.

One of Aaliyah’s best friends was Quincy Jones’s daughter Kidada Jones. They met while shooting Tommy Hilfiger ad campaigns in the 1990s. Aaliyah’s fashion influenced the label’s designs, while Kidada worked as a stylist for it.

In a Rolling Stone feature after her death, Jones said Aaliyah was ready to start a family and the two of them “couldn’t wait to kick back with our babies”.

In a 2001 interview with Vibe, Aaliyah revealed she was a fan of the Harry Potter books and played video games such as Time Crisis II.

5. SHE WAS A HOLLYWOOD STAR IN THE MAKING

Just before her untimely death, Aaliyah was making her mark as an actress, starring opposite Jet Li in 2000’s Romeo Must Die, as well as leading the cast in Queen of the Damned in 2001.

Her Hollywood career was on the up and she was supposed to play the lead in the drama-romance Honey, released in 2003, and take the role of Zee in The Matrix sequels. The latter role went to Marvin Gaye’s daughter Nona Gaye, after Aaliyah’s death, while the former went to Jessica Alba.