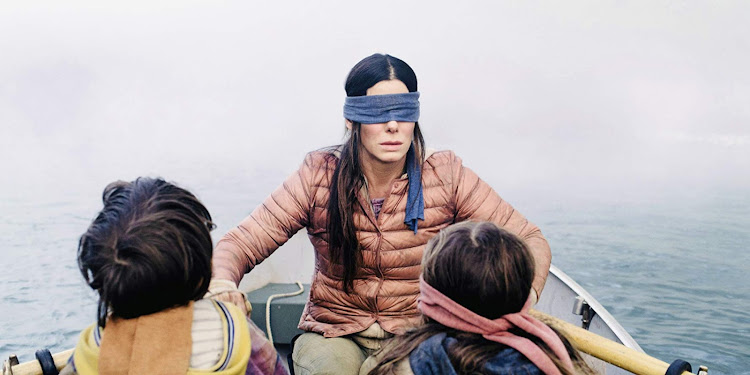 Streaming giant Netflix has come under fire for using footage of a real-life disaster in two of its shows: the sci-fi television series Travelers, and the smash horror movie Bird Box starring Sandra Bullock.

The footage is taken from one of the deadliest disasters in recent Canadian history - the 2013 derailment of a train transporting crude oil, which resulting in an explosion that killed 47 people in the Quebec town Lac-Mégantic.

A clip of the Lac-Mégantic rail disaster, which was apparently sourced from a stock agency, appears in the opening scenes of Bird Box where it forms part of a fictional newscast. This newscast sets the scene for the apocalyptic scenario that drives the movie's plot.

In Travelers, it's used to illustrate a fictional nuclear attack on London.

Weeks after Netflix cautioned fans about taking part in challenges related to the movie, Bird Box, a teenager crashed into oncoming traffic in Utah, ...
TshisaLIVE
3 years ago

Julie Morin, mayor of Lac-Mégantic, said Netflix's use of the footage in their shows indicated a "lack of respect" for the survivors and families of those involved in the accident.

"It’s hard enough for our citizens to see these images normally and respectfully on the news. Just imagine, to have to them used as fiction, as if they were invented," she told The Canadian Press news agency.

Vanity Fair reports that Netflix has confirmed it will remove the footage from the episode of Travelers, but not from Bird Box.