Image: Supplied A still from 'The Mule', in which Clint Eastwood plays protagonist Earl Stone.

He's starred in 72 films and directed 40 of his own but if you had to be brutally honest, Clint Eastwood's career as a filmmaker is chequered in terms of consistency, often questionable politically and his last truly great film was Mystic River, made 15 years ago. Late period Eastwood has tended to be characterised by a certain rushed quality and heavy-handed daubs of jingoism and sentimentality.

Eastwood is a proud Republican who increasingly plays fortissimo heart-pulling odes to the values of Middle America with uneven results, and his latest offering is no exception. It's inspired by a New York Times article by Sam Dolnick that recounted the true story of Leo Sharp - an 90-year-old World War 2 veteran who went from award-winning lily farmer to becoming a driver for the infamous Sinaloa cartel.

Eastwood's film, written by Nick Schenk, gives Sharp a new name (Earl Stone - played by Eastwood), adds 10 years to his age, keeps the lily growing and adds plain-spoken homilies about the importance of family, something Stone has neglected for most of his life.

Just ask his children and his long suffering ex-wife Mary (Dianne Wiest) who have long ago resigned themselves to the fact that Dad will always love his flowers more than he will them.

WATCH | The movie trailer for The Mule 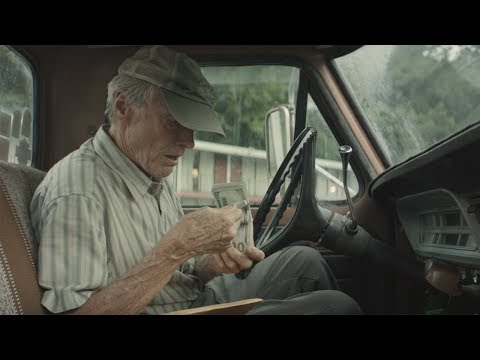 Much as you have to admire Eastwood's grit and determination to keep making films and do the double job from behind and in front of the camera at his age, there's still a by-the-numbers, hurriedness and frankly laziness to the film that's hard to ignore.

A side story involving the attempts of Drug Enforcement Administration agent Colin Bates (Bradley Cooper doing what he does best - playing a person who is Bradley Cooper) to impress his new boss (Laurence Fishburne) by making dents in the cartel's distribution channels in Chicago doesn't add the drama or tension that a film too full of shots of an old man driving across America so desperately needs.

You'd think that as he entered his 90s, Eastwood would be more inclined to stop and smell the lilies - to pause and reflect and take in the bigger picture - but for that you have to go back to his golden period as a director.

Those are the years stretching from his 1992 Oscar-winning revisionist Western masterpiece Unforgiven through to the touching Stockholm syndrome drama A Perfect World, the late love charms of Bridges of Madison County, the blackly comic social dissection of Midnight in the Garden of Good and Evil and the dark Shakespearean intrigues of Mystic River.

Since then Eastwood has made a lot of films but honestly most of them fall way short of expectations and it's a shame that The Mule, while on the surface a fascinating story, ultimately much like its protagonist, offers very little too late.