'The Favourite' is the most absorbing period film in decades 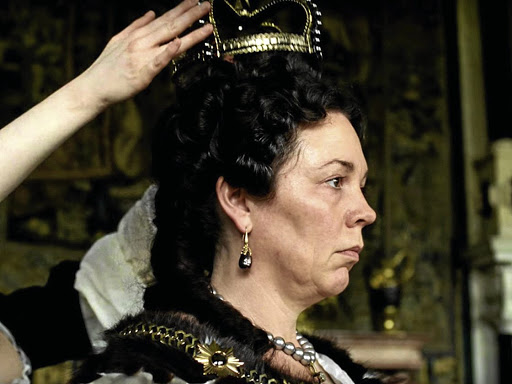 Olivia Colman as Queen Anne in 'The Favourite'.
Image: Supplied

For decades the mantle of most beautiful and groundbreaking period piece in cinema history has deservedly rested on the shoulders of Stanley Kubrick's 1975 masterpiece Barry Lyndon.

Now Greek absurdist master Yorgos Lanthimos has posed a serious challenge to Kubrick's reign with The Favourite - perhaps the most breathtaking, assured and absorbing period film in the past four decades of cinema history.

Written decades ago by Deborah Davis and Tony McNamara, the film set in the last days of 18th-century Stuart England, is a firmly female-power-centred tale of love, lust and ruthless ambition that has found its moment in the era of #MeToo. Its heightened consciousness of gender inequality makes it much more than just another quaint, exquisitely costumed tale of a moment from the past no one really cares about.

In the palace of Queen Anne in the 1700s during a long war against the French, the monarch - a seemingly childish Queen of Hearts figure played with mercurial brilliance by Olivia Colman - is often too ill to perform her duties, which are carried out by her dear friend, confidante and sometime lover Sarah Churchill (an equally exceptional Rachel Weisz).

From 'Black Panther' to 'Bohemian Rhapsody', 2018 was a great year for film. But which movie will win the coveted Oscar for Best Picture? If you ...
Lifestyle
3 years ago

This arrangement, accepted by the men of the British parliament and fully capitalised on by Sarah, seems to work to everyone's begrudging advantage. That's until Sarah's cousin Abigail (Emma Stone - deliciously deceptive and calculatedly ruthless) arrives on the scene.

Once aristocratic but now fallen to the lowest level of society, Abigail quickly takes stock of what's going on behind closed doors and sets about driving a wedge between Queen Anne and her favourite - ensuring that her trajectory, with its rise to the top, is mirrored by Sarah's spectacular and swift fall from grace.

WATCH | The trailer for The Favourite

Shot in wide-angle with natural lighting and inquisitive floating Steadicam audacity by cinematographer Robbie Ryan and lushly dressed by costume designer Sandy Powell, Lanthimos's film creates a claustrophobic chamber piece that intrigues, perplexes and makes full use of history to make an important point about our present moment.

It's much more than just a slavishly loyal reconstruction of the past, thanks to its trio of exceptional lead performances, a satisfyingly absurdist sense of humour, and a script that delivers a series of brilliantly witty lines. The film hammers home the point that sometimes the past is really a ripe canvas for a reconfiguration of thinking about the present.